African Dusk Mr Cashman is an African themed game focusing primarily on African wildlife. This is an Aristocrat powered video slot game which comes with five reels and twenty paylines. African Dusk ranks as one of the older Mr Cashman slot games having been released over 15 years ago.

This game is available both on a desktop as well as on mobile so players on the go can enjoy it, play this Aristocrat free pokies game at the Cashman casino or at your local land gaming venue for some real money wagering.

The background of this slot game shows a desert-like landscape with some umbrella-shaped trees showing in a distance. The reels of the game are covered in a cream colour. 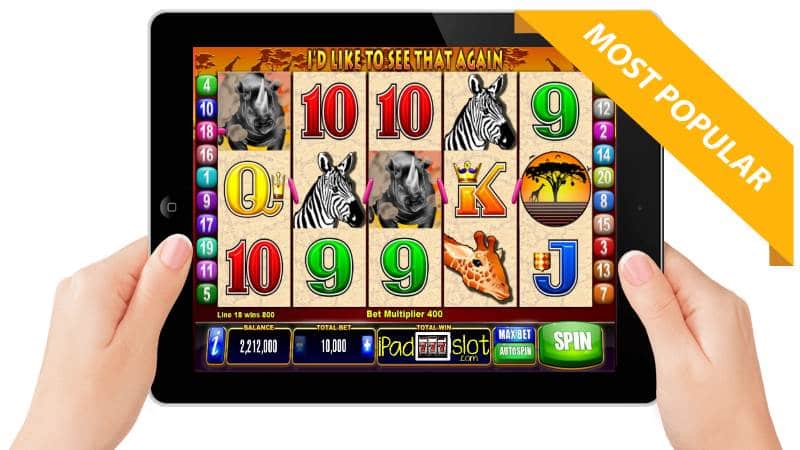 ** The African Dusk Mr. Cashman Aristocrat slot game might be available to play for free fun or real cash on your iPad, iPhone, Android, Windows device, PC or Mac. Just take a look at our online casino guides here. **