With added features as well as a revamped paytable, Wicked Winnings IV is definitely a slot game to play for all fans of Wicked Winnings slot games. Just as the original Wicked Winnings game, this game comes with a royal theme as expected. The slot has five reels and three rows of pure free pokies fun. 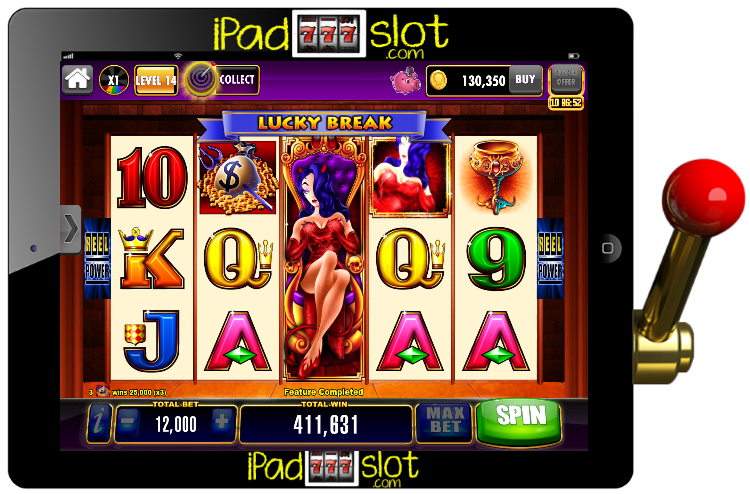 ** Similar games to Aristocrats Wicked Winnings IV slot machine are available on our site to play for free on iPad, iPhone, Android, Windows gadgets without any app downloads – Just take a peek at our FREE games page here. **

The symbols that players will find when spinning the five reels of this game include a Princess, an eagle, a chalice, a skull, a sack of gold coins and intricately designed  traditional poker symbols.

Wicked Winnings IV is a must play slot for all fans of the Wicked Winnings slot series. This free pokies machine is a medium volatility game which offers players some excellent rewards. Out of a 10 point rating, this game gets a 8.9 point rating.

The Wizard of Oz Road to Emerald City Free Slot ... The Wizard of Oz Road to Emerald City is one of the many ‘Wizard of Oz’ slot games to be released by SG Interactive from the Williams Studio of the best iPad an...
Pharaoh’s Ransom Slots Free Play Guide Pharaoh’s Ransom is yet another Egyptian themed slot game from Aristocrat. This is a awesome game which comes with most of the standard symbols used in Egyptian...
Cats & Dogs Slots by IGT Game Guide Cats & Dogs is an animal themed slot game from IGT. This slot is all about the most popular domesticated animals (cats and dogs) as the graphics i.e. the ba...
Who Wants To Be a Millionaire Megaways Free Slot... Who Wants To Be a Millionaire Megaways slot is a branded slot game which was adapted from a popular TV production that goes by the same title i.e. Who Wants To ...
Cash Express More Chilli Slot Free Play Guide Cash Express More Chilli is a fun game from Aristocrat which comes with a Mexicana theme. Mexicans are known for their love for chilli and in this online slot m...
The Legend of Big Foot Free Barcrest Slots Guide Legend has it that in years gone by (and still to this day), there is a huge creature named Big Foot or Sasquatch who roams around North American forests. In a ...
Wolf Gold Slots by Pragmatic Play Review Wolf Gold is a 5 reel, 25 paylines video slot from Pragmatic Play who have released quite a number of quality games for online casino players. In essence, it in...
Thai Sunrise by NextGen Gaming Slots Guide Thai Sunrise by NextGen Gaming is a virtual journey to Thailand and allows the players to witness some of the most regular scenes to be found in a Thai city lik...
Sumatran Storm Slots Game Guide This is one of many IGT’s animal-themed slots. Sumatra is an island found near Indonesia where one can find a lot of tigers and other wild animals. The objectiv...
Fortunes of Atlantis Aristocrat Free Mobile Poki... Fortunes of Atlantis is an free mobile pokies app game by Aristocrat that is inspired by the sunken city of Atlantis. This mythical civilization & its cultu...
Rainbow Riches Free Spins Barcrest App The ‘Rainbow Riches’ series is one of the most popular slot series to come from the SG Interactive stable of Barcrest games. Adding on to the vast number of tit...
Cleopatra Plus Slots Game Guide Cleopatra Plus is an iPad compatible slot game by IGT Gaming whose theme is based on the Egyptian Queen and the time of her rule. The game comes up with as much...
Lightning Storm Dolphin Treasure Free Pokies (Sl... Lightning Storm Dolphin Treasure is an Aristocrat online slot game that comes with an aquatic theme. When spinning the five reels of this online slot machine, p...
NETENT Jumanji Free Slots Game Guide Jumanji is a branded online slot machine that comes from the leading game developer, that is, Net Entertainment or NETENT as it's also known as. More bonuses th...
BigWin Blast IGT Free Slot App Guide BigWin Blast is an IGT powered slot game which comes with a classical theme style. This simply means that the symbols which players will encounter on the reels ...
Icy Gems Microgaming Slot Game Guide Icy Gems Slot Game Review Icy Gems is a nice slot game which comes from Microgaming and we rate it as a must play game for real money gaming. Icy Gems comes...
Lucky Twins Pokies Free Play Guide This is a very simple Microgaming iPad slot especially for new players with all the Asian colors that ties in the game theme very well. There are no frills or c...
Wonder 4 Special Edition Free Slots Game App Gui... Buy one, get one free. Have you ever heard of this promotion? My guess is, yes you have (and probably you have taken advantage of it and bought two things for t...
Cash Coaster IGT Slots Free Play & Review The Cash Coaster Slot gives you a unique day at the amusement park, this IGT slot game is inspired by an old wooden styles coasters which are among the few rema...
Diamond Empire Microgaming Slot Game Guide Diamond Empire is a classic online slot machine that comes from the Microgaming company. As is the norm with classic slots, players looking to play Diamond Empi...
Tags: Aristocrat android slots free, Aristocrat free iPad slots, Aristocrat free pokies, Aristocrat iOS free slot app, Aristocrat ipad pokies free, Aristocrat iphone pokies free, Aristocrat iphone slot free, Aristocrat pokies app free, Aristocrat slot app free, Aristocrat social pokies, Aristocrat social slots. Aristocrat android pokies free, Aussie free pokies, Aussie pokies, Wicked Winnings IV,