Ancient Mexican history is dominated many tales of the Aztec empire and culture. Aristocrat Gaming in this slot developed a game which retraces this history while at the same time entertains players very well indeed.

While playing the Aztec Goddess slot game you can expect to find on the reels all the popular Aztec remnants including the free-standing Aztec tower. This iPad slot game features 5 reels and 3125 ways to win! In essence, this simply means that any combination of symbols of the same nature is likely a winning combination.

A huge brown wall that has some intricately designed drawings act as the background of the Aztec Goddess slot. The reels of this game are covered in a lighter shade of the colour brown. 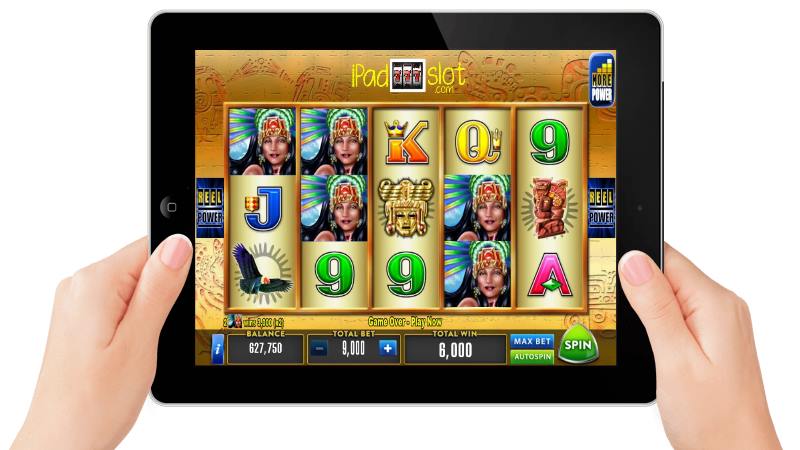 The symbols that players can expect to find on the reels include the Goddess, an eagle, a golden mask, a red mask, and a handmade flower. There are also some traditional card icons which act as the low-value icons in this game.

Aztec Goddess from Aristocrat Gaming is a simple iPad slot game that comes with some excellent rewards. Out of a 10 point rating, this game gets a 6.5 points rating in our review. This pokies machine was never a big hit in land casinos around the world so don’t expect anything exciting if you play it for free at Heart of Vegas or other real money Aristocrat powered online casinos.

Play Double Diamond Slots Free Guide Double Diamond from IGT is one of the popular takes on the classic 777 style of slots. This game gets 3 reels and 1 line for the players to get across many rewa...
Golden Night Bird Free Aristocrat Pokies Game Golden Night Bird is an online slot machine created by the Aristocrat company, it can be played for free fun online or at select casinos for real money exciteme...
The Legend of Big Foot Free Barcrest Slots Guide Legend has it that in years gone by (and still to this day), there is a huge creature named Big Foot or Sasquatch who roams around North American forests. In a ...
Novomatic Free Slots Game Tales of Darkness Luna... Tales of Darkness: Lunar Eclipse is a horror-themed online slot machine that comes from the Novomatic company that has created several games in this genre like ...
Valkyrie Fire Barcrest Free App Review Valkyrie is a Norse mythology themed iPad and iPhone compatible slot which comes from the SG Interactive stable of Barcrest games. This slot has a special focus...
Nautical Treasures Slots Free Play Guide Nautical Treasures from Aristocrat is a iPad slot game with an aquatic theme focused on ocean discovery and adventure. The game takes one deep into the sea wher...
Microgaming Ninja Magic Free Slots App Guide Ninja Magic by Microgaming is a Ninja-themed iPad slot machine game which has some of the most entertaining bonuses and prize money rewards to be found at onlin...
Heart Throb Free Aristocrat Slots App Guide There are different things that make people’s hearts pump harder. To some, the simple sight of their loved ones make their blood run faster and their heart pump...
Volcanic Rock Fire Twin Fever Konami Slot Free P... Volcanic Rock Fire Twin Fever is a free online pokies machine which comes from the Konami company. This slot comes with a mystical theme which is brilliantly ac...
Gold Stacks Queen Marie Free Slots Powered by Aristocrat, Gold Stacks Queen Marie is a free online slot machine which comes with a Royal theme and some awesome jackpot rewards to be won. Gold St...
Cat Paws Slots Machine by IGT Game Review Cat Paws is a feline themed slot game developed by IGT. When spinning the reels of this slot game, players get to meet different wild cats including lions, tige...
Red Mansions Asian Themed IGT Slots App Guide Red Mansions is an Asian themed slot game from the IGT company. In this pokies game, players are taken on a virtual trip to the East where they get to view Asia...
Bombay Slots Game by IGT Free Play Guide This Indian themed slot from IGT borrows much of its inspiration from other IGT themed slots as the setting is set against a wealthy themed tone. This game take...
Treasures of the Pyramids Free IGT Slots Guide Egypt is known as the home of pyramids. It's not difficult to see why this is so because if you plan a visit to Egypt today you are going to find some incredibl...
Konami Sparkling Roses Slots App Guide Sparkling Roses is a western themed slot game designed by Konami who are just one of the best companies that produce free and real money mobile pokies apps. Pla...
Aristocrat Pure Elegance Free Pokies Game Pure Elegance is a free online slot machine which comes from the Aristocrat company. Elegance from the olden days is what this pokies game is about. As such, wh...
The Wizard of Oz Emerald City WMS Slots App The Wizard of Oz Emerald City is an online slot game from SG Interactive. The game is one of many ‘Wizard of Oz’ themed slot games to come from the same develop...
Candy Bars IGT Slots Free Game Guide As one can deduce from the slot’s title, this IGT powered game is all about candy. The game’s background, the symbols on the reels and even the background sound...
Fairy Queen Novomatic Free Slot Game Guide Slots offer players an opportunity to escape the daily struggles of the world and find comfort in a virtual world where everything is perfect and there are no s...
Aristocrat Party in Rio Free Play Slots Guide Attractive women in beautiful costumes, face masks & valuable prizes are awaiting for you in this online slot game of "Party in Rio". Rio is a seaside city ...
Tags: Aristocrat free iPad pokies, Aristocrat free iPad slots, Aristocrat Free Slot App Article Tags, Aztec Goddess Free Slots,