Basic Instinct, a video slot game from iSoftBet, is based on the hugely popular movie and offers amazing ways to win. The game features 243 ways to win and is played on five reels, offering a progressive jackpot, bonus rounds and endless action just like the flick starring Sharon Stone and Michael Douglas released way back in 1992. 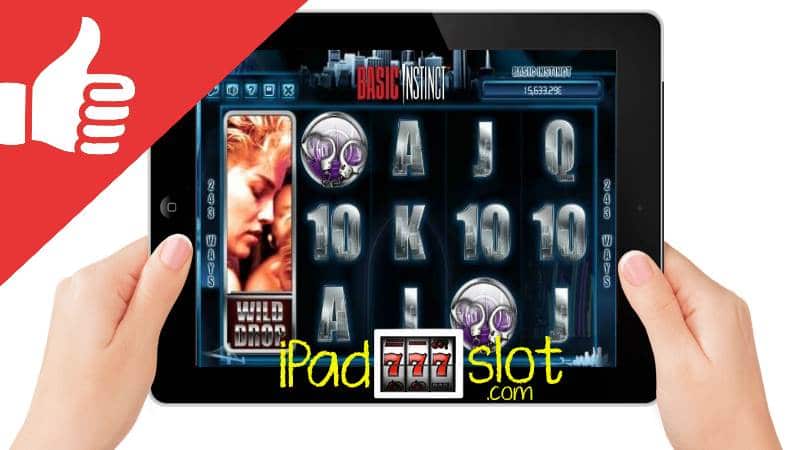 This game offers a nice audio soundtrack, appealing graphics and many betting options that can appeal to all players online. The game can also be enjoyed as a free pokie with no risk to players. With Basic Instinct, players will engage in a game that is fast paced, vibrant and rewarding. 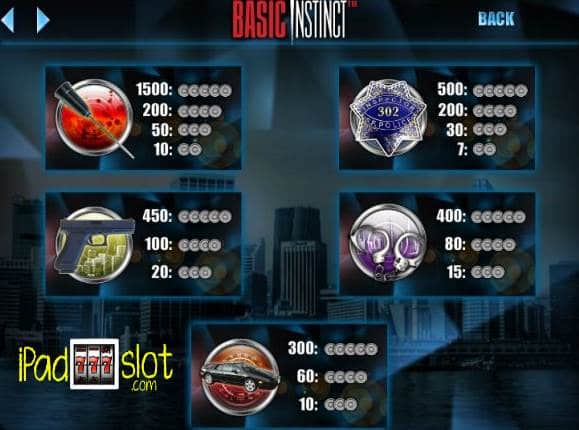 In terms of graphics design, the game is rather simple. There are a variety of symbols that represent the movie theme and players will see guns, handcuffs, ice picks and playing card symbols.

There are also some special symbols that are used in the game that depict the movie well. The animations are basic but they do add some cracker visual appeal. This game may not make use of state of the art graphics as it’s a bit dated, but it is an enjoyable slot machine to play. 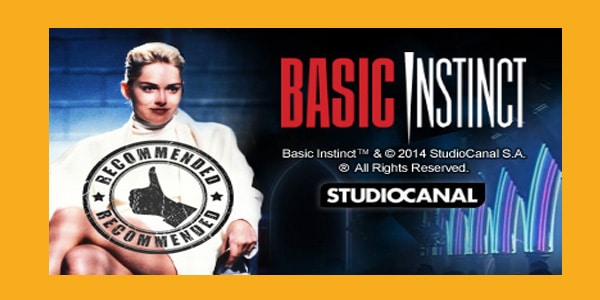 Ways to Bet and Win

With Basic Instinct, players can choose from different bet amounts. The game supports wages from $0.50 to $50 per spin and the coin denominations range from just $0.01 to $0.10 per payline, with as any as 10 coins accepted on each line.

The top payout in the base game is just 1500 coins, but with many bonus features, payouts are increased. The best reward comes from winning the progressive jackpot, which offers a minimum payout of around 15,000 coins. 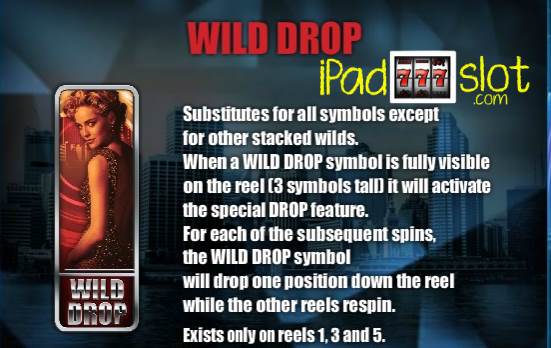 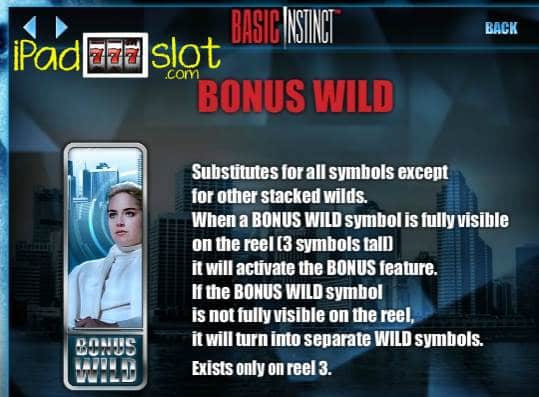 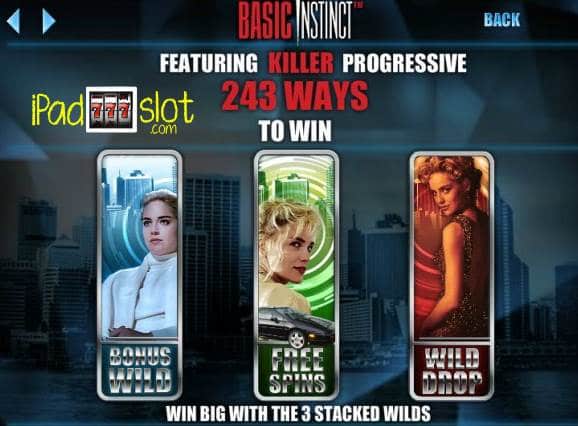 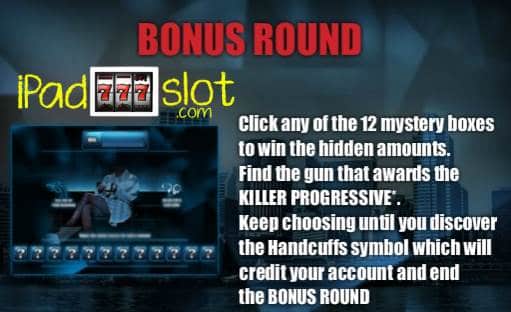 Basic Instinct is one of the more enjoyable progressive slots and it is a very affordable option for players. With multiple bonus rounds and some superb features, this game is a must play for any real money player looking for entertainment and some handsome rewards.

The original movie from 1992 starred the sexy Sharon Stone and the ever cool Michael Douglas was a bit hit, anyway happy playing iPad slots.

Sugar Shack Social Free Play IGT Slots Guide Sweetness is all that you will find in this IGT powered video slot. Sweetness in this game stems from the fact that it is a candy themed game. From the symbols ...
Aztec Goddess Free Slots Game Guide Ancient Mexican history is dominated many tales of the Aztec empire and culture. Aristocrat Gaming in this slot developed a game which retraces this history whi...
Da Vinci Diamonds Online Slots Game Review This iPad slot is one of the games that IGT designed having seen the huge success that the Da Vinci slot machine had achieved in land-based casino popularity. T...
Red Hot Wild Free Barcrest Slots Guide In recent times, 3 reel slots have lost their popularity a bit thanks to all the fancy games in the market with all the wiz bang graphics. However, SG Interacti...
Ainsworth Action Dragons Slot Review & Free... The Action Dragons game is the appealing Ainsworth social free iPad slot that is currently being offered at the Players Paradise Casino. The game features a mys...
Bally Quick Hit Super Wheel Wild Red Free Play G... Quick Hit Super Wheel Wild Red comes from the Bally / SG Interactive company. The game comes with a retro theme and as such, gamers looking to play this online ...
Lord of the Ocean Novomatic Free Slot Game Guide Lord of the Ocean is a unique slot game that comes from the Novomatic company. As players may probably deduce from the game’s title, the game comes with an aqua...
Konami Fortune Stacks Free Play Review Fortune Stacks is an exciting free iPad slot game that is developed by Konami and it represents a Chinese cultural theme. For example, this slot game features v...
Elephant King Slots by IGT Game Guide Elephant King is a awesome game made by IGT and is good to play on your iPad or iPhone from our casino guides. It was released in about 2017 ish' for online and...
Mystic Moon Big Hit Bonanza Ainsworth iOS Free S... Mystic Moon Big Hit Bonanza is a magic-themed slot game that comes from the Ainsworth company who make all the must play pokies (slot) machines. As players spin...
Novomatic 13 Slot Game Guide & Free Play Op... 13 is a mystery-themed online slot machine powered by Novomatic. When playing the game, players will realize that the number ‘13’ is inscribed on a brown door a...
Crusader King Ainsworth Free Slots Game App Crusader King is an iPad slots game from Ainsworth inspired by the tales of the Crusade which saw the Latin Church fight against the Muslims. Players can enjoy ...
Big Red Gold Free Slots Game Guide Aristocrat Gaming also developed the volatile game titled Big Red Gold. Coming with an animal theme, this slot game can at times offer excellent rewards from ti...
Best Slot Machine Game Software for Your iPad or... Leading software developers create games which can be played on multiple casino platforms. New advances in web software, such as HTML technology has enabled cas...
Shamans Dream Free Aristocrat App Review & ... With Shamans Dream, you will step into the fascinating world of Native America & discover the most sacred & oldest traditions. This is another online vi...
Valkyrie Fire Barcrest Free App Review Valkyrie is a Norse mythology themed iPad and iPhone compatible slot which comes from the SG Interactive stable of Barcrest games. This slot has a special focus...
Rocket Man Free IGT Slots Game Guide Rocket Man is a cracker iPad compatible slot game of IGT which has created a new type of genre in the form of superhero-themed game. This superhero themed game ...
Quick Hit Ultra Pays Sun Dragon Free Slot App For players who have been in the business for quite some time now, the mere mention of ‘Quick Hit’ will mean one thing to most casino players i.e. Bally. The Ba...
Mr. Money Bags Free Slots Game Guide The title of this slot game reveals it all, this is a classic game with a wealth theme. The player is introduced to a very wealthy but also generous man called ...
Aristocrat Brazil Free or Real Play Slots Guide The iconic imagery of Brazil by Aristocrat is truly exceptional. Starting from the lovely & gorgeous beaches and massive rainforests to the pageantry of Car...
Tags: basic instinct, isoftbet,