Buffalo Moon Slot is an interesting iPad slot game designed and developed by Aristocrat. It’s inspired by the Native American culture where buffaloes are considered to be spiritual and sacred animals.

The colorful and nicely-designed background of this game reveals the great American plains with the bright night sky. It features a bunch of exciting game symbols that reward the players throughout the game play. And, the associated graphics and background soundtracks perfectly compliment the game.

Take a free spin here on Buffalo pokies and / or similar other Aristocrat slot machine games on our site for iPad, iPhone and Android.

In order to start the game play, the players should place a minimum bet of 10,000 coins. The maximum betting amount can be also placed (i.e. 50,000 coins). The primary screen of Buffalo Moon allows the players to adjust the betting amount by using either “+” or “-” button.

The slot game consists of various fun, exciting, and rewarding game symbols, such as Buffaloes, Gold coin symbols, the Moon symbols, the otters, the mountain lions, the grizzly bears, and the wolves. Among them, Buffaloes and Gold coin symbols serve some special purposes. They are regarded as Wild symbols and Scatter symbols respectively.

Apart from these aforementioned symbols, the game also consists of some regular card symbols, for example, A, K, Q, J, 10, and 9.

This Aristocrat-powered slot game comes with a “Free Games Feature” that’s activated by three or more scatter gold coin symbols. During free games feature, the Moon symbols will appear on the game-screen and allow the players to select any of the five below-mentioned free games features. 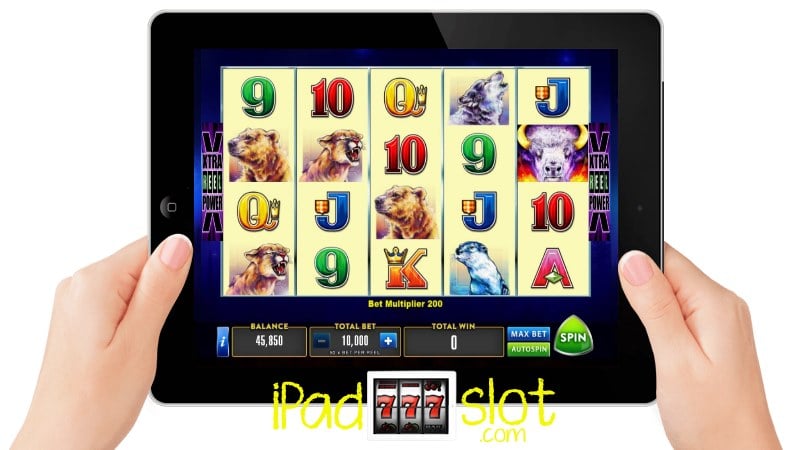 The top-paying Buffalo symbol offers a maximum payout of 1,000 coins if you hit five of them. The second-highest paying symbol or five Bears generate a payout of 250 coins. Similarly, five mountain Lion icons will provide 200 coins.

The Otter and Wolf symbols are one-of-a-kind. Five such symbols will generate a maximum payout of 150 coins.

Explore an invigorating game play with ferocious animal symbols through Buffalo Moon slot game for free at the Heart of Vegas Casino. It also may be available for real money gaming a select online casinos with Aristocrat slots, just look at our casino reviews section.

Siberian Storm by IGT Slots Game Guide Siberian Storm is an animal-themed slot machine game that features a unique story line of majestic Siberian Tigers. IGT gaming has taken these types of genre ve...
Aristocrat Wicked Winnings II Free Slots Game Gu... Wicked Winnings II is an intriguing free pokies game from Australia’s most popular software provider Aristocrat. This slot is loved because of the great bonus f...
Thundering Buffalo Free Play Guide This Thundering Buffalo iPad slot is created by High 5 Games in partnership with IGT and it features MultiWays wins and the fabled American bison as the main ch...
Big Red Free Play Review Big Red by Aristocrat features to be an incredibly interesting iPad and iPhone compatible slot game that presents the theme of Australian outback setting. The t...
Royal Lotus Online Slot Review A tranquil and blissful garden is one of the most therapeutic places that anyone can go to whenever in need of a stress-free and peaceful time alone. One of the...
Microgaming Ninja Magic Free Slots App Guide Ninja Magic by Microgaming is a Ninja-themed iPad slot machine game which has some of the most entertaining bonuses and prize money rewards to be found at onlin...
Wolf Gold Slots by Pragmatic Play Review Wolf Gold is a 5 reel, 25 paylines video slot from Pragmatic Play who have released quite a number of quality games for online casino players. In essence, it in...
Weird, Wicked & Wild Free Play Pokies Guide Weird, Wicked and Wild is a free online pokies machine which comes from the Aristocrat company. The title of this online slot does by all means gives the player...
Magic Pearl Lightning Link Aristocrat Free Pokie... Aquatic themed games are popular with players and great pokies like the Turtle Treasure, Dolphin Treasure and Lobstermania are the great ones that come to mind ...
Firelight Slots Free Play Version Firelight is video slot designed by Aristocrat gaming and is a bit old but still a treat to play on an iPad. The famous land-based slot game is now available on...
Fortune Falcon Slots app by Ainsworth Review Players looking to play this game can do so in either one of two modes, there is a progressive mode in which the player stands to hit a highly lucrative Platinu...
Eagle Bucks Ainsworth Slots Free Play Guide Are you ready to explore the Native American Wildlife that is stacked with buffaloes, coyotes, and eagles? The best part is - you can now enjoy the ultimate gam...
12 “Must Play” Android, iPhone &... When it comes to branded slot games, most of them are about movies and TV shows. It is against this background that we have decided to come up with a list of 12...
Book of Ra 6 Deluxe Novomatic Free Slots App Book of Ra 6 is an Egyptian themed iPad slot game from Novomatic which is the latest addition to the Book of Ra slots series. Though this slot is the latest add...
Golden Knight Free High 5 Games Slots Golden Knight is a Royal themed online slot machine that comes from the High 5 Games company. Players looking to enjoy the game ought to know that they will be ...
Six Acrobats Microgaming Free Slot Guide Six Acrobats is an online slot machine which comes from Microgaming. This game has an oriental theme hence it’s awesome for players who love playing iPad slots ...
Crazy Rich Asians Slot Preview, Where to Play Re... Aristocrat has partnered up with Warner Bros. Consumer Products to develop and release the Crazy Rich Asians slot machine for casino punters. The Crazy Rich ...
Mayan Gold Ainsworth Free Slots Game Review Ainsworths 5 reel, 100 payline slot called Mayan Gold has a different look and feel with regards to the regular themes it has released from over the past 50 plu...
Ainsworth The Enforcer Slots Guide & Free P... Ainsworth yet a good slot game gifted to the gaming community for free play fun at the Players Paradise casino on FB. The Enforcer story goes back to the Americ...
Wacky Races Bally Free Slots App Wacky Races is a branded slot game developed by Bally Technologies. However, odds are, not many people may know where the game was adapted from if they were bor...
Tags: Aristocrat free iPad pokies, Aristocrat free iPad slots, Aristocrat Free Slot App Article Tags, Buffalo Moon free slots,