Are you ready to encounter a pirate ship and through it take some treasures home? You can do this in IGT’s Captain Quid’s Treasure Quest iPad free slot. This is a pirate themed slot that lets you into the life of the most feared pirate in the seven seas, Captain Quid.

You will encounter Quid, a pirate ship, a skull, game’s logo, a compass, pirates and playing card symbols 10 through A. This game is available for play online and in land based casinos. You can play on Mac and other PC operating systems as well as on most mobile iOS and Android devices. 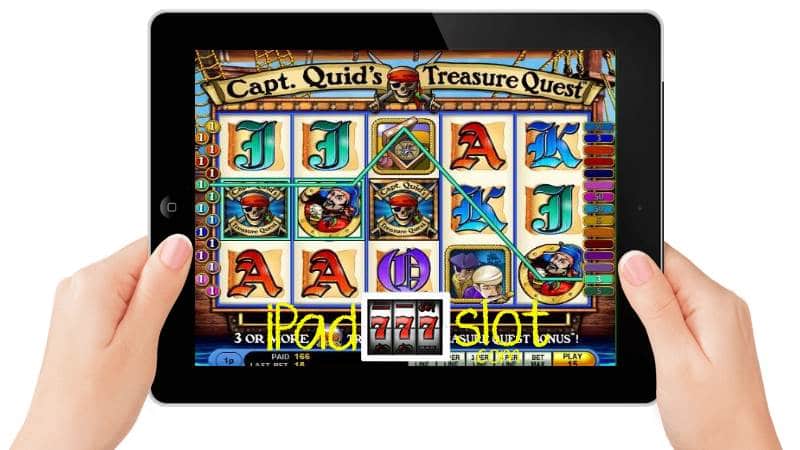 Captain Quid’s Treasure Quest is a 5×3 slot machine with 15 pay-lines. As a backdrop is an old wooden ship. Graphically, this game is great and gives you a chance to enjoy all sea action. Like you would expect on an IGT pokies machine, this game is feature-packed.

It is easy to place a bet in this popular IGT iPad slot game. All you need to do is set number of lines to wager on, set your bet per line and click spin. On your control panel are a couple of buttons including Lines, Line Bet, Spin and Settings.

To adjust number of lines and bet per line, click on the arrow buttons on lines and line bet buttons respectively. Push that spin button to set reels in motion. There is a wrench button that allows you to set graphics quality and a speaker button that enables you to switch on or off sounds.

To make gaming interesting for you, IGT has incorporated an auto-play feature that allows you to play automatic games. To set this feature, click auto-spin and select number of spins to play. Reels will spin until specified number of spins are done, until you click stop or until you just run out of credits 🙁 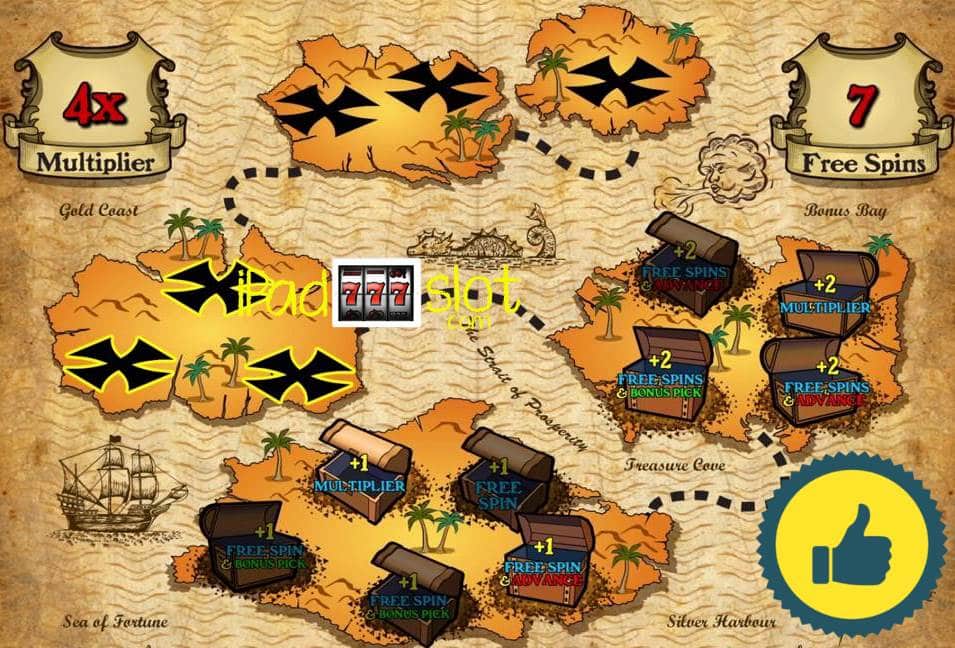 Captain Quid’s Treasure Quest is an interesting game to play especially if you are eyeing to make a few dollars while at it. It is graphically awesome an a great free IGT iPad slot.

Silent Movie Slots by IGT Game Guide Silent Movie is the ultimate old-fashioned iPad slot theme themed on the classic movie era from the early 19th century period. This game is a fairly popular release from IGT who ha...
Sugar Shack Social Free Play IGT Slots Guide Sweetness is all that you will find in this IGT powered video slot. Sweetness in this game stems from the fact that it is a candy themed game. From the symbols on the reels, you ge...
12 “Must Play” Android, iPhone & ... When it comes to branded slot games, most of them are about movies and TV shows. It is against this background that we have decided to come up with a list of 12 all-time great movi...
IGT Dungeons and Dragons Crystal Cavern Free iPad ... Dungeons and Dragons Crystal Cavern is a mystical themed iPad slot machine designed and powered by IGT. In this game, the forces of evil are rising up against forces of good. Yo...
Wonders of Africa Free IGT Slots Game Guide Different continents and regions are known for different things. The European continent is known for its brilliant medieval and modern day architecture, the South American continen...
Lucky Larry’s Lobstermania 3 Free Slots Game... Luck Larry's Lobstermania 3 is the third slot game in the series. Like the previous Lobstermania games, this awesome iPad and iPhone compatible slot is developed by IGT and it come...
Lil Lady Free IGT Slots Game Guide IGT is a renowned casino gaming developer who is well-known for producing games with the most fun and light themes. One such themed game is the Lil Lady. This pokie provides a them...
The Great Winaldo Free Slots Game Guide The Great Winaldo is a iPad slot game inspired by the world of magicians and illusionists. Created by IGT you are assured of some fun either online for free or for real money at yo...
The Big Easy IGT Slot Game & Guide Americans will have an easy time recognising what this slot game is based upon. However, to impart non-Americans with knowledge on what they may not have known, this online slot ma...
Candy Bars IGT Slots Free Game Guide As one can deduce from the slot’s title, this IGT powered game is all about candy. The game’s background, the symbols on the reels and even the background sounds believe you me wil...
Treasures of the Pyramids Free IGT Slots Guide Egypt is known as the home of pyramids. It's not difficult to see why this is so because if you plan a visit to Egypt today you are going to find some incredibly huge pyramids. ...
Stinkin’ Rich IGT Free Slots Guide Stinkin' Rich from IGT is a unique game that has a theme of rich aristocratic people with the players getting a chance to get access to their monies. The game gets 5 reels and 100 ...
Pixies Of The Forest Slots Game Guide Pixies of the Forest, the slot game from IGT shall take the players to a fantasy-filled world where pixies rule. The game gets 5 reels and 99 pay lines for the players to win more....
Samba De Frutas Free Play iPad Slots Samba De Frutas is one of the popular IGT creations. This game provides a wonderful theme, which sports the South American culture of Samba Dance, and the characters resemble the s...
Bubble Craze Slots Game Guide Bubble Craze is a popular iPad slot machine game developed by the famous developers of this era IGT gaming. The game possesses aqua-based natural phenomenon called as bubbles, and ...
The Eva Show in Vegas Free IGT Slot Game Guide The Eva Show in Vegas is a online slot machine which comes from the IGT company. Vegas fans will find game fun as it does feature most of the common themes from Las Vegas music and...
Tags: Captain Quid’s iPad slot, IGT free app, IGT free iPad pokies, IGT free iPad slots,