Dolphin Gold is an online slot machine which comes from the Lightning Box Games company based in Australia. This aquatic themed pokies machine comes with an under water theme and as such, when spinning the game’s five reels, players can expect to be taken (virtually) undersea where they will see all sorts of different aquatic wildlife including of course the dolphin.

Dolphins have been themed into scores of slot machines over the years like the Dolphin Treasure pokies by Aristocrat is one of the most famous. This game is equally as good as the former mentioned slot.

Dolphin Gold comes with 40 paylines and it is a mobile compatible slot meaning that players are able to access and play the game for free or casino cash on their mobile devices. 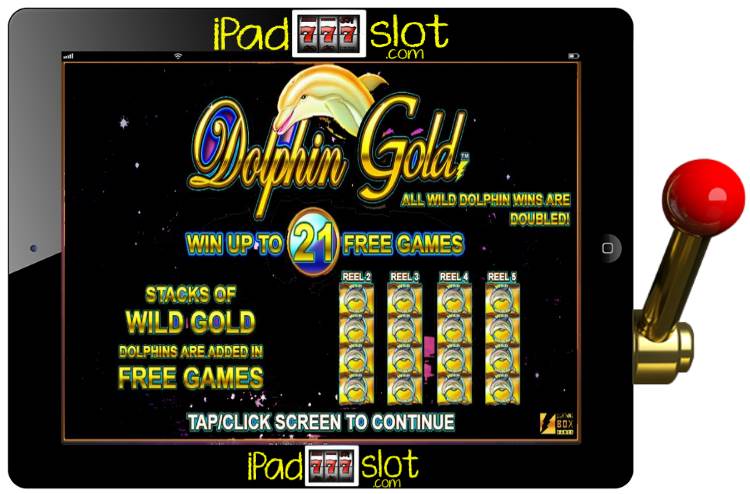 The backdrop of this online slot machine is set against an ocean surface acting as the background. The reel section is transparent meaning that players will be able to see the exquisite graphics in the background as they spin the reels. 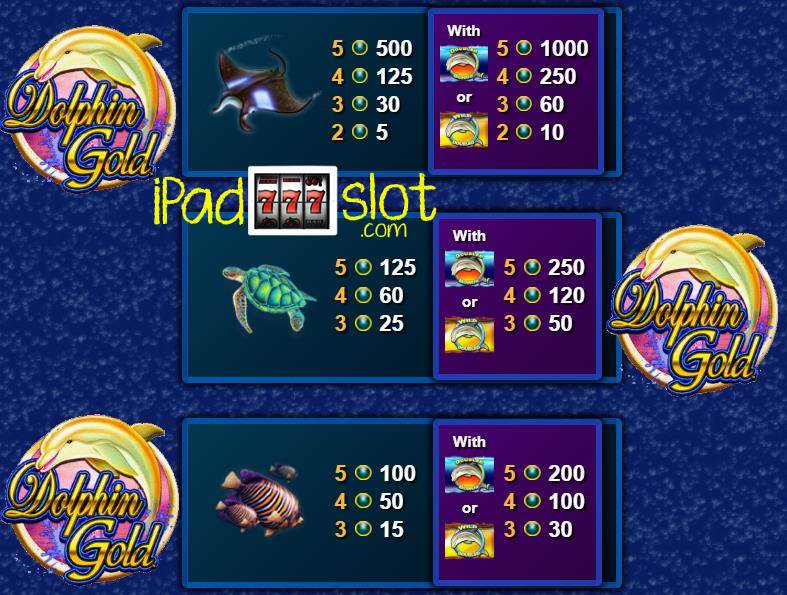 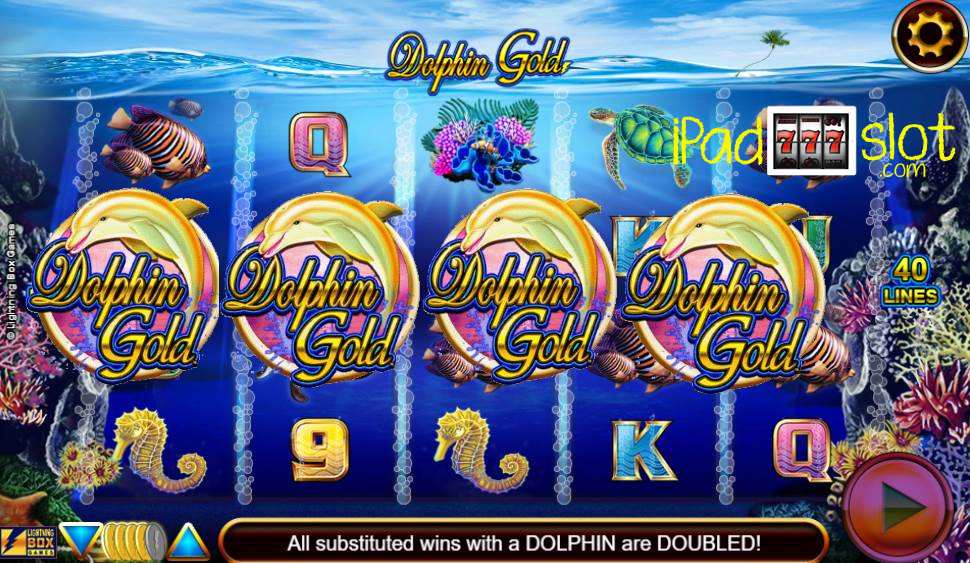 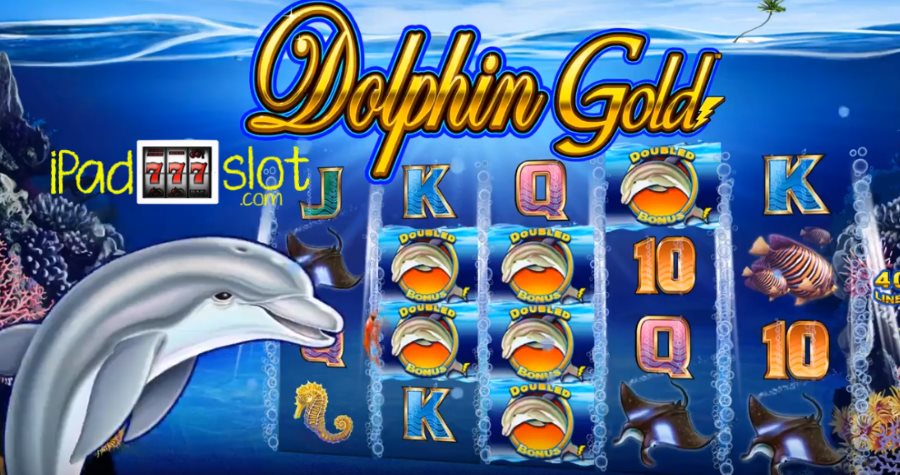 Dolphin Gold is a great game to play due to its simplicity especially when it comes to game play. The RTP of this slot stands at 95.303 percent. Out of a 10 point rating, this slot game gets a 9.2 point rating so it’s a must play free or real money casino pokie on iPad, iPhone or Android. 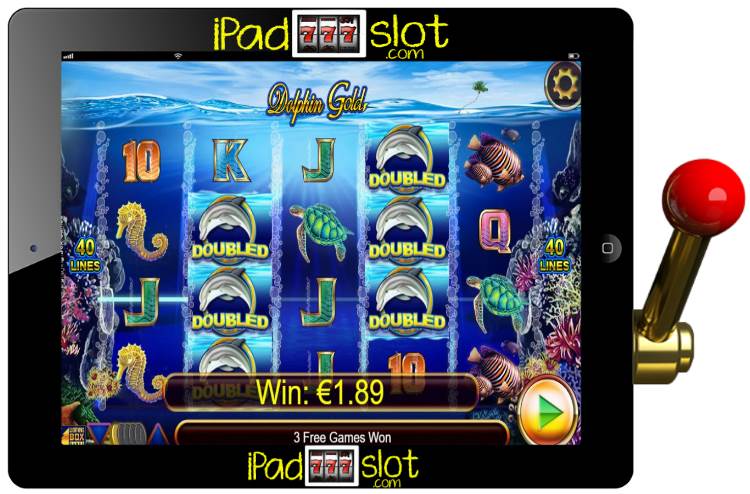 ** Please NOTE – It’s really your lucky day as the Dolphin Gold Lightning Box Games Slots machine may be just available to enjoy online for free or real money casino action on your iPad, iPhone, Android, Windows device with or without an app, or on your PC or Mac. Just take a peek at our FREE games page here. **

Super Sevens IGT Free Slot Game Guide Super Sevens is a classic online slot machine from IGT which is a bit unique from other classic titles. This is yet another great "sevens" themed game from IGT ...
Konani Free Slots App Lotus Land Review Lotus Land is an oriental themed slot game developed by world-renowned Japanese game developer Konami. The primary focus of this slot is on animals that are wid...
Dragon Legend PG Soft Free Slot Guide Dragon Legend is a PGsoft powered online slot machine that’s based on two of the symbolic creatures in Asian culture, that is, the koi and the dragon. DRAGON L...
Jinfu Long Online Slot Review There is thousands of oriental themed slots in the market, there are a few that manage to get everything right. One such game that makes the grade is the Playte...
Crystal Cash Ainsworth Free Slot App Guide Crystal Cash is a big riches themed slot game created by the Ainsworth company. The slot was primarily played as a land-based slot machine but due to the popula...
Best Free or Real Money Mobile Slots & Poki... If you enjoy playing slots and love watching movies, then what could be greater than mixing the two together in the year of 2021, we also included a great serie...
Six Acrobats Microgaming Free Slot Guide Six Acrobats is an online slot machine which comes from Microgaming. This game has an oriental theme hence it’s awesome for players who love playing iPad slots ...
Dream Catcher Indian Dreaming Pokies Styled Free... DREAM CATCHER FREE SLOT GUIDE Native Americans, in general are superstitious people by nature. Thanks to oral as well as written traditions from history, peopl...
Wheres the Gold Pokies Game app Review & Fr... Wheres the gold, by Aristocrat Technologies, is a popular 5 reel, 25 payline iPad pokies game that can be played for free or real money at select casinos with a...
Reel ’em In Lobster Potty Free Barcrest Ap... Reel 'em In Lobster Potty is an aquatic-themed slot game whose action all takes place on the high seas. This SG Interactive powered slot game from the Barcrest ...
Jackpot Reef Hunters Free Slots Guide Jackpot Reef Hunters is an online slot machine from Aristocrat comes with an aquatic theme. Instead of fishing for dinner, players in this slot game will be fis...
Golden Wolves Konami Slots Guide Golden Wolves is an animal themed iPad slot game powered by Konami. This game takes the player inside an arctic forest where there are lots of wolves, eagles, a...
Royal Lotus Online Slot Review A tranquil and blissful garden is one of the most therapeutic places that anyone can go to whenever in need of a stress-free and peaceful time alone. One of the...
5 Dragons Gold Free Slots Game Review The title of this Aristocrat video slot does much in revealing the theme of this game as you guessed. 5 Dragons Gold is a mythical themed game that largely cent...
Emerald Dream Quad Shot Ainsworth Pokies App Gui... The title of this iPad slot may well give those players who love guessing what the slot is all about before playing it. Staying true to its title, Emerald Dream...
Wolf Moon by Aristocrat Free Slots app If you are ready to have a good time gaming and seeing abundant wildlife in reservation then it’s an ideal time to spin the reels of Wolf Moon. The game is slot...
Aristocrat Goblins Gold Free Slots Game The title of this Aristocrat slot game does reveal what the players are going to find when they start playing this game. On one hand, the slot has a magic theme...
Free Play Lightning Blast Sunset Ace Slot Guide Lightning Blast Sunset Ace is an Aristocrat powered free online slot machine. Falling under Aristocrat’s massively popular ‘Lightning Blast’ series of awesome p...
Gold Coin by IGT Free Slots Game Guide Gold Coin slot game is a great addition for players from IGT. This is a retro-themed slot game which mixes features from past slot games and features from moder...
Showdown Saloon Free Microgaming Slot Game Guide Showdown Saloon is a game from Microgaming which comes with a rather awesome theme. As such, when spinning the five reels of this slot, the player will be see r...
Tags: Dolphin Gold, Lightning Box free Android pokies, Lightning Box free Android slot, Lightning Box free app, Lightning Box free iPad pokies, Lightning Box free iPad slot, Lightning Box free iPhone pokies, Lightning Box free iPhone slot,