Marine life is the central theme of Dolphins Pearl Deluxe online slot as you expect, and players who love a slot game that leans more towards these beloved sea creatures won’t take long to love it.

That’s only half of what makes this game highly attractive, though, as it offers a good overview of how a standard slot game is played. This is why if you are still a beginner in online slot gaming, this slot is perfect for you from Novomatic.

Dolphins Pearl Deluxe is, indeed, pretty conventional as far as slot games are concerned. It has the usual setup of 3 rows of 5 reels. Nonetheless, its total number of paylines are quite low as it only has as much as 10 lines available for playing.

Players have all the freedom to choose the amount of lines they intend to play per spin, as well as their bets per line. Lines and Bet/Line are multiplied to indicate your cumulative bet in one game. Combinations are considered from left to right, and if it so happens that you get more than one winning combination on a single line, only the highest one would be considered. This rule doesn’t apply if they occur on different lines. 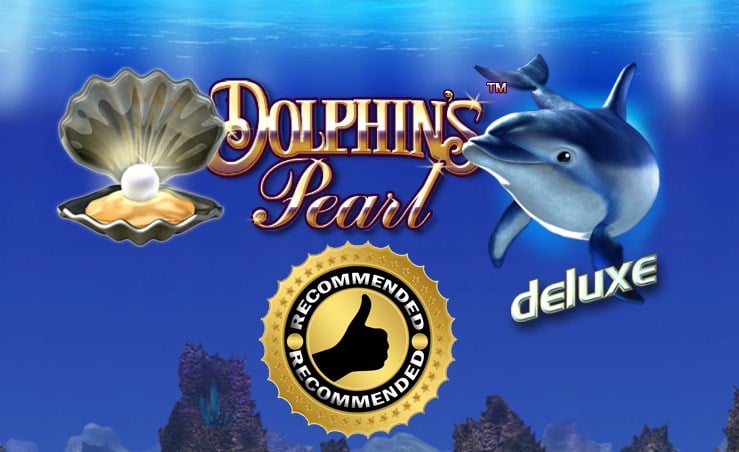 These credit reward values are based on a default bet of 1 Bet/Line on 10 Lines.

There is only one special feature in this Novomatic free iPad slot, and it’s also a veritable classic, the Free Spins round + multiplier. You can acquire it by landing 3 or more Clam symbols on played paylines. Once triggered, it instantly starts a round of 15 extra games, in which your winnings are automatically multiplied by thrice their normal amount.

What’s good is that more free spins can be won if you get more Clam formations in a bonus spin.

If you like the Dolphin Treasure free iPad slot by Aristocrat or the Ainsworth free iPad pokie 50 Dolphins then this Novomatic game is right for you.

Novomatic 13 Slot Game Guide & Free Play Opti... 13 is a mystery-themed online slot machine powered by Novomatic. When playing the game, players will realize that the number ‘13’ is inscribed on a brown door and we can only assum...
Novomatic Gryphons Gold Slot Review Legends of the past state that in times gone by, there were some scary but friendly creatures known as Gryphons. These creatures had an upper body of an eagle and a lower body of a...
From Dawn Till Dusk Novomatic Free Slots App Revie... From Dawn Till Dusk is a branded slot game developed by Novomatic. This slot is a game adaptation of the movie which goes by the same name i.e. From Dawn Till Dusk that was release...
Dolphins Pearl Novomatic Free Slots App Guide Dolphins Pearl comes from the Novomatic stable of awesome iPad compatible slot machine games. This is an aquatic-themed slot game whose primary focus is on the dolphins and pearls....
Ultra Hot Deluxe Free Novomatic Slot Guide The very first slot machine to be produced was the fruit machine as history tells us from the olden days of time. Following the success of the fruit machine, software developers...
Amazons Diamonds Novomatic Free Slot Game Guide Amazons Diamonds is an above average Novomatic powered slot game which comes with a western theme and a good balance of bonus and free spins features. AMAZONS DIAMONDS GAME GUIDE ...
Big Catch Novomatic Slots Game Preview Big Catch is a nautically themed iPad slot game app which comes from the Novomatic company. In this game, players can expect to encounter different species of aquatic wildlife with...
Book of Ra Deluxe Jackpot Edition Free Slots App G... The Book of Ra Deluxe Jackpot Edition iPad slot is the second edition in the Book of Ra slot series and the direct sequel to the Book of Ra game. This is a high volatility game whi...
Book of Maya Novomatic Free Slot Game Guide Many years after the fall of the Mayan Empire, a lucky adventurer discovered a Mayan temple that is still standing in Central America. Many themes of this period in time have been ...
Lord of the Ocean Novomatic Free Slot Game Guide Lord of the Ocean is a unique slot game that comes from the Novomatic company. As players may probably deduce from the game’s title, the game comes with an aquatic theme. If you li...
4 Reel Kings Novomatic Free Pokies Game Guide 4 Reel Kings is an online slot machine which comes from the Novomatic stable of fine slot machines. This game comes with a retro fruit theme. As such, when spinning the reels, play...
Dolphin’s Pearl Novomatic Free Slot Guide As themed into many games adventurers when looking for a treasure trove tend to favour voyages of discovery into unknown waters. So sometimes, diving deep into the underwater world...
Novomatic Lucky Lady’s Charm Free Slots App Lucky Lady’s Charm is a classic themed iPad slot game from the Novomatic stable of exciting mobile compatible slot machines. The game is one of the very first slot machines that wa...
African Simba Free Novomatic Slot Game Guide Africa is a beautiful continent that’s blessed with a lot of thick forests, stunning mountains, vast stretches of plains, magnificent waterfalls and above all, beautiful wildlife. ...
Book of Ra Novomatic Slots Game App Review Book of Ra is an Egyptian themed iPad slot game which was has been developed by Novomatic. This game is based on the adventures of an explorer who visited Egypt from America. The a...
Tales of Darkness Full Moon Free Novomatic Slots G... Vampire movies have taught us that at times, humans can transform into wolves during the full moon. This is possible thanks to lycanthropy which is a magical power which when posse...
Tags: Dolphins Pearl Deluxe iPad slots, Novomatic android slots free, Novomatic free iPad pokies, Novomatic free iPad slots, Novomatic free pokies, Novomatic iOS free slot app, Novomatic ipad pokies free, Novomatic iphone pokies free, Novomatic iphone slot free, Novomatic pokies app free, Novomatic slot app free, Novomatic social pokies, Novomatic social slots. Novomatic android pokies free,