A lot of people would agree that two is better always better than one and Double Dragons from Yggdrasil Gaming is clear proof of this. This iPad slot not only features two of mythology’s most fearsome beast, excellently depicted in stellar images and animations, but it also makes sure that players get twice the normal amount of special features and bonuses usually found in a slot game. With that said, it’s no wonder this slot didn’t take long to be a crowd favorite after its release.

Some other great Dragon Genre iPad slots to have a play on would be the 5 Dragons Rapid and the Dragons Vault game. 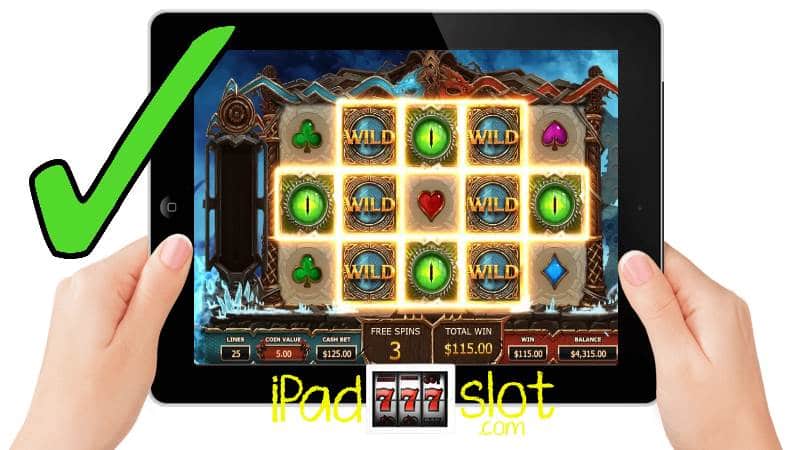 While Double Dragons has a standard 5×3 reel setup, by no means can it be considered a conventional slot game. For one, you can’t set the amount of paylines you can bet on as all 25 of its paylines are played every time you spin its reels. You can only modify your Coin Value, which determines your total Cash Bet for every game.

As for wins, know that this slot has an innate feature called Dropdown Win, which involves giving players a better chance to get more wins in a single spin by eliminating symbols that were included in a combination.

Getting a combo of 4 consecutive wins activates Double Dragons Feature. All paying combinations are counted from the left, and you can find out every valid payline pattern in this slot’s paytable. 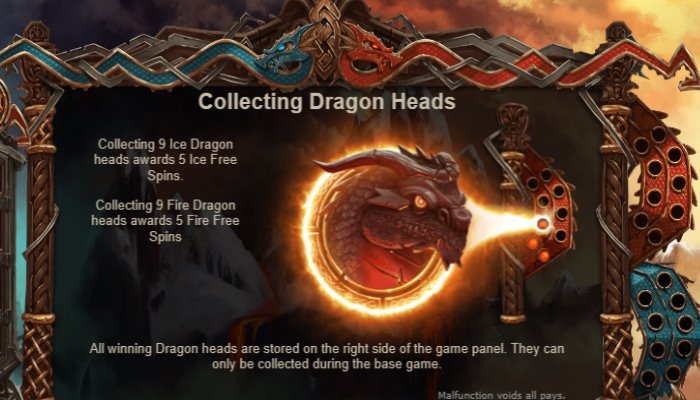 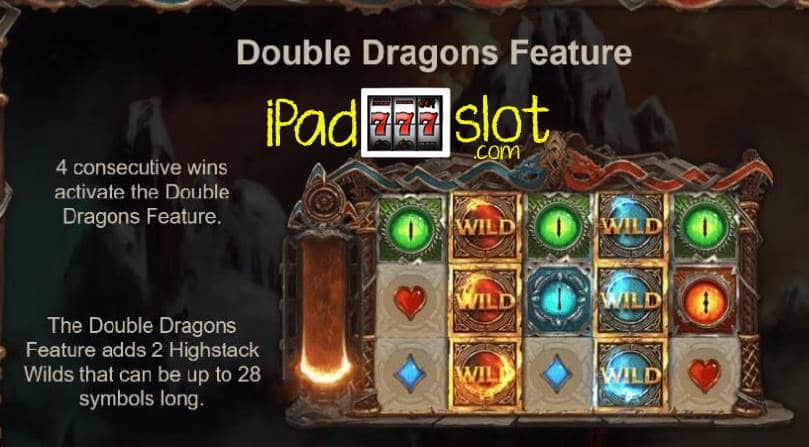 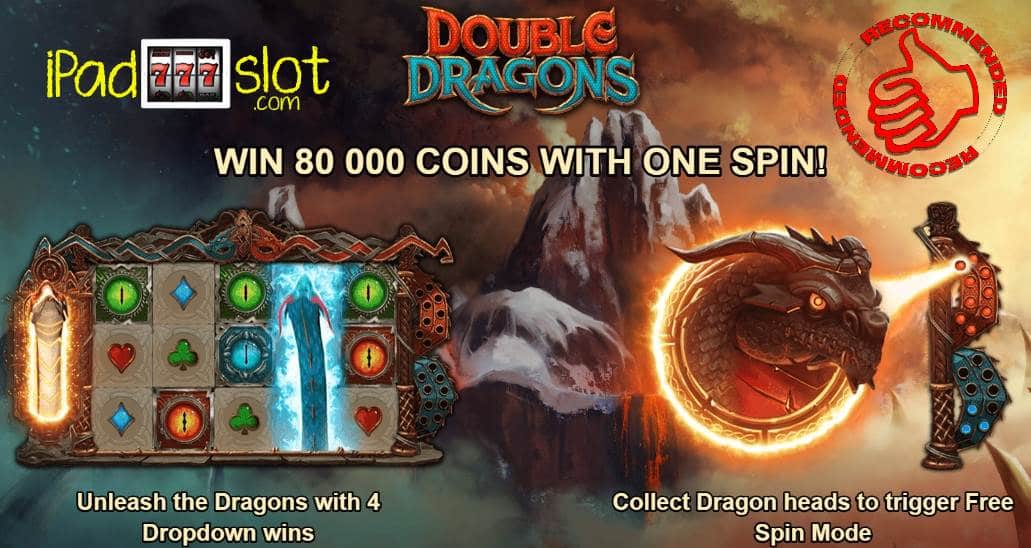 We rate this a 7 from 10 points it’s a pretty good dragon theme iPad slot overall.

Wings of the Phoenix Konami Pokies Game App Wings of the Phoenix is an online slot game developed by Konami whose main focus in this pokie app is on the legendary creature i.e. the Phoenix. The Phoenix is...
Cash Express More Chilli Slot Free Play Guide Cash Express More Chilli is a fun game from Aristocrat which comes with a Mexicana theme. Mexicans are known for their love for chilli and in this online slot m...
Water Dragons by IGT Free Slots Review Water Dragons is a slot game from IGT. There is a feel and look of Asia in this game with dragons, and lotuses forming the symbols to fill the reels with colour...
Nordic Heroes by IGT Slots Game Guide Nordic Heroes is a unique game developed by IGT, which focuses on fantasy warfare along with having a layout, which closely resembles pokers. The game layout is...
Aristocrat Goblins Gold Free Slots Game The title of this Aristocrat slot game does reveal what the players are going to find when they start playing this game. On one hand, the slot has a magic theme...
Aristocrat Portal Fortunes Aztec Relics Free Slo... Portal Fortunes Aztec Relics is an Aristocrat powered online slot machine that comes with an Aztec theme. Players who love Aztec  themed games will enjoy this a...
Money Heat by Ainsworth Free & Real Play Gu... One more amazing creation from the developers at Ainsworth is a 5-reel iPad and iPhone slot game with 30 pay lines. Apart from providing profitable wins, the ga...
Aristocrat Mighty Cash Outback Bucks Free Pokies... Mighty Cash Outback Bucks is an slot machine powered by Aristocrat. This game is the latest one in the ‘Mighty Cash’ slots series that is very popular both onli...
Gypsy Moon Free IGT Slots Game Introducing a mystical and ethereal gypsy themed video slots game from the world leading gaming software developer IGT, you can expect to find everything that i...
Big Red Gold Free Slots Game Guide Aristocrat Gaming also developed the volatile game titled Big Red Gold. Coming with an animal theme, this slot game can at times offer excellent rewards from ti...
Arctic Dreaming Free Slots Game Guide In this Aristocrat powered slot game, you get to visit the Arctic region and experience how it feels to survive in extremely cold regions that themed into the g...
Rainbow King Novomatic Free Slot App Guide Rainbow King is a Royal themed iPad slot game app which comes from the Novomatic range of fine gaming machines. To start your adventure in this slot game, you s...
Easy Slider Slot by NextGen Game Guide Get your motor running and head out to capture some big wins with Easy Slider, a slot created by NextGen. This game can offer endless action and with 25 payline...
NETENT Jumanji Free Slots Game Guide Jumanji is a branded online slot machine that comes from the leading game developer, that is, Net Entertainment or NETENT as it's also known as. More bonuses th...
Noah’s Ark IGT Slots Free Play Guide From Sunday school, elementary school or even during those cold winter nights when our dads and moms used to tell us bedtime stories. So you have probably heard...
Fuzzy Fortune IGT Slots Game Guide Fuzzy Fortune is an animal themed slot game from IGT. The game features different kinds of animals on the reels that are looking to spit out huge rewards whenev...
Aristocrat Dragon Link Panda Magic Free Pokies G... There are several games in Aristocrat’s ‘Dragon Link’ family of slots, Panda Magic was one of the first titles to be released. What makes these pokies machines ...
Frankenslot’s Monster Preview A time comes when a developer releases a high quality slot machine to compete with other new slots. Frankenslot’s Monster evidences that this time came for Bets...
Girls With Guns Frozen Dawn iPad Slot Free &... Developed by Microgaming the Girls with Guns – Frozen Dawn slot for iPad game is based on a heroine theme, nothing but chicks with big weapons. In this game, pl...
Whales of Cash Deluxe Free Slots This is an ocean-themed slot game powered by Aristocrat which stays true to its title in a big way. All the action in this slot game is primarily focused on the...
Tags: Double Dragons iPad slot, Yggdrasil iPad slot,