This dice-themed slot from EGT takes you right into ancient China with its graphics and soothing background music. By merging dice-throwing and Chinese wildlife, this 5 reel and 10 paylines video slot captivate both occasional and regular players.

The background of the game takes you deep into medieval China as its set against a backdrop of a mountain with lush forest. 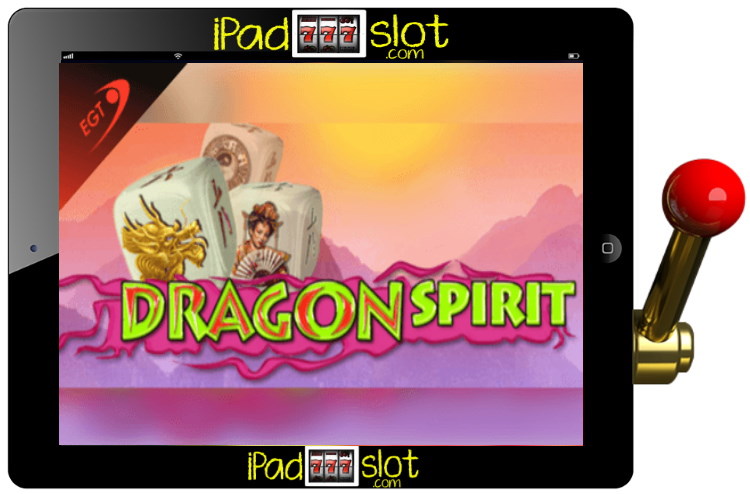 The reels of the game are covered by some bamboo trees. The symbols on the reels include a dragon, a panda, a princess and a prince. Other symbols are all dice cubes differentiated by Chinese lettering and colors. 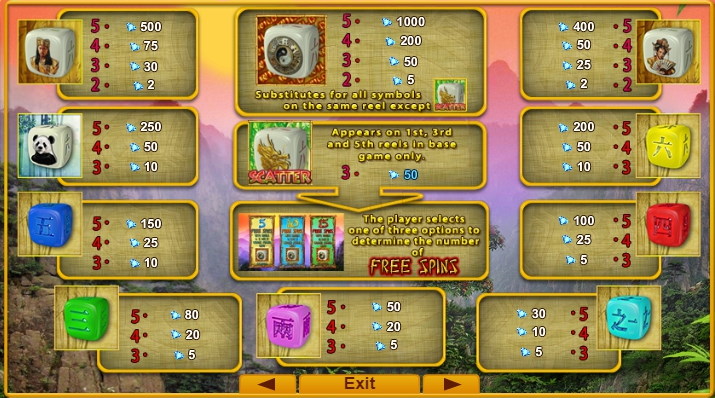 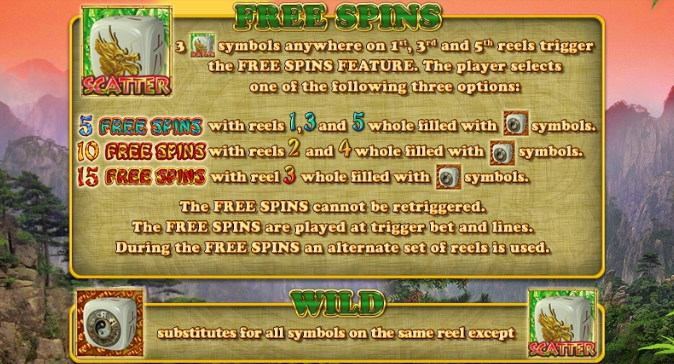 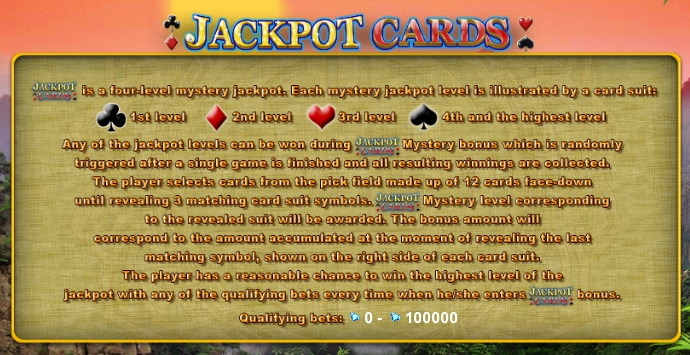 This slot is easy to understand and also to play, it’s an above average Asian themed dice slot.

Crystal Cash Ainsworth Free Slot App Guide Crystal Cash is a big riches themed slot game created by the Ainsworth company. The slot was primarily played as a land-based slot machine but due to the popula...
Play Beach Bounty Aristocrat Free Slot Game Beach Bounty is a free play online slot machine and a real money game that can be found in land casinos and it comes from the Aristocrat company. This pokies ma...
An Evening With Holly Madison Pokies Review NextGen has created a new and exciting themed video slot for iPad casino players that will surely entertain for hours. An Evening with Holly Madison is a 25 pay...
Golden Chief Barcrest Free Slots Guide There was a time when the title ‘chief’ was enough to create fear in anyone of lower ranks in the pecking order of the tribe or community. This is not to say th...
Pharaoh Rising IGT Slots Game Review This Egyptian themed video slot from IGT is inspired by the tales of ancient Egypt where the Pharaoh was the wealthiest and most powerful individual owning ever...
African Dusk Mr. Cashman Free Slots Guide African Dusk Mr Cashman is an African themed game focusing primarily on African wildlife. This is an Aristocrat powered video slot game which comes with five re...
Black Knight Barcrest Free Slots App SG Interactive powered Black Knight comes with a medieval theme right from the Barcrest Studio. In this online slot, the player meets the black knight, a warrio...
Cai Yuan Guang Jin Free Slot Game Guide The Chinese New Year is the most anticipated holiday in China. All year round communities and families are much consumed with their New Year preparations and wh...
Weird, Wicked & Wild Free Play Pokies Guide Weird, Wicked and Wild is a free online pokies machine which comes from the Aristocrat company. The title of this online slot does by all means gives the player...
Joe Blow Gold Free Aristocrat Pokies Game Guide Joe Blow Gold is an Aristocrat powered online pokies machine machine. This slot comes with a mining theme so if you like Where's the Gold then this is your game...
Wings Over Olympus Free Slots Game Guide Wings Over Olympus is an ancient-themed with a military feel slot game which comes from the Aristocrat stable of awesome free mobile slot games. To start one’s ...
Aristocrat Zorro Free Online Slot Game Guide The Zorro online slot game is powered by Aristocrat Technologies, it features a variety of twists and turns in the bonus features that we keep you entertained a...
Dragon Lines Best Free Ainsworth iPad Pokies Gam... Considering the ever increasing popularity of Asian themed iPad pokies, Ainsworth Technologies has developed this game called "Dragon Lines". Basically it featu...
Top Spot Barcrest Slots Free App Top Spot is an XOX themed iPad slot game developed by SG Interactive and it's from the Barcrest pokies studio. This online slot machine app does not differ much...
Double Bonus Free IGT Slots Review One symbol that features usually in all the best classic slot machines is the Joker image. Realizing how popular the Joker is with players, IGT managed to creat...
Winning Wolf Free Ainsworth Slot Review Winning Wolf, developed and launched by Ainsworth is a 5 reel slot providing players with 100 paylines of excitement. It's another Wolf genre pokies machine, if...
Cats IGT Slots Free Play Guide Players who have visited land-based casinos to play slot games will know that one of the most popular and most played slot games is the Cats slot machine. The g...
Pearl River Ainsworth Slot Game App Review Pearl River is an aquatic-themed slot game from the Ainsworth stable of super pokies. This slot has a number of elements that make it appealing. First of all, i...
Miss Kitty Gold Free Slots App Guide Miss Kitty Gold is an pussy cat anime-themed game from the Aristocrat stable of awesome iPad and iPhone compatible slot games. This is a simple but elegant game...
Kings Honour Barcrest Free Pokies App Guide Kings Honour is a colossal Barcrest Studio iPad and iPhone compatible pokies game from SG Interactive, it comes with a regal theme and a split reel feature (5x4...
Tags: Dragon Spirit Online Slot,