Elephant King is a awesome game made by IGT and is good to play on your iPad or iPhone from our casino guides. It was released in about 2017 ish’ for online and land casino players.

The slot has an overall African safari animal based theme as you guessed already. The game has five reels and a possible of 40 different paylines. The layout of the game has been well designed and the background music as well puts on a jungle like atmosphere to give it a great vibe.

In the back of the game, behind the slot machine is shown a barren land with a couple of trees and bushes. One of the trees is on the right side of the reel and the second being on the left side of the reel. A mixture of dark and light colors are used and the most common color is yellow and its variations. 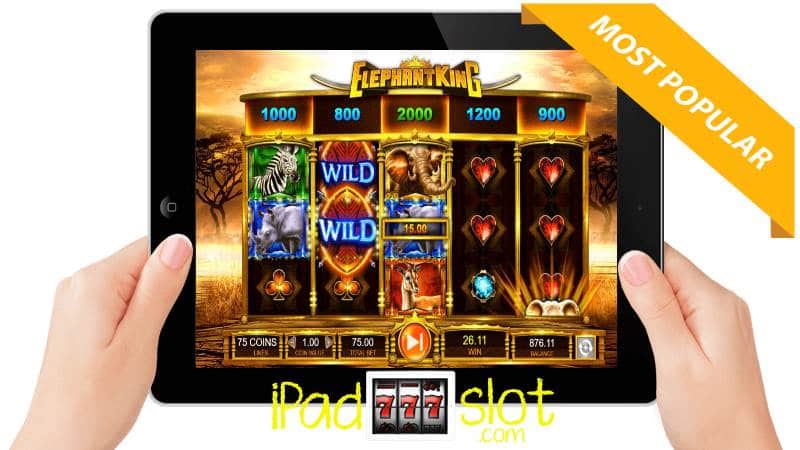 ** The IGT Elephant King slot machine may be available to play for free or real bucks on your iPad, iPhone, Android, Windows device, PC or Mac. Just take a look at our online casino guides here. **

Most of the symbols on the reel represent different animals of a jungle. These include symbols of a Zebra, Deer, Rhino, and of an Elephant. As usual the slots also come with traditional poker symbols i.e. Aces, Jack, Queen, and King. There is also a symbol of a blue gem as well. 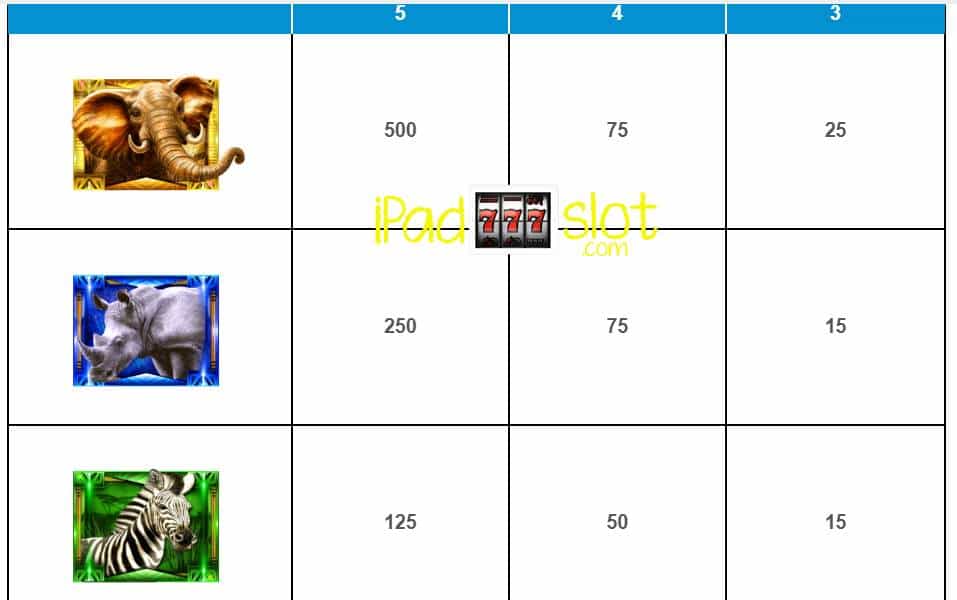 I believe this game is good for someone who is looking for something simple and easy to play on an iPad or iPhone at the DoubleDown Casino. Personally I would give this IGT game a 6.8/10 score overall.

Sumatran Storm Slots Game Guide This is one of many IGT’s animal-themed slots. Sumatra is an island found near Indonesia where one can find a lot of tigers and other wild animals. The objectiv...
The Big Easy IGT Slot Game & Guide Americans will have an easy time recognising what this slot game is based upon. However, to impart non-Americans with knowledge on what they may not have known,...
Wonder Woman Gold Free Bally Slot App Some say that the true definition of a person or anything that’s considered great is how it continues to live in the memories of people years after the person i...
White Wizard Free Play Slots Game Guide White Wizard is a aweome fantasy genre iPad compatible slot game from the Aristocrat stable. The game is inspired by the tales of witches and wizards. Though wi...
Treasures of the Pyramids Free IGT Slots Guide Egypt is known as the home of pyramids. It's not difficult to see why this is so because if you plan a visit to Egypt today you are going to find some incredibl...
NETENT Guns N’ Roses Free Slots Game Guide Guns N' Roses is a Net Entertainment powered branded online slot machine that is awesome to enjoy on ipad, iPhone or Android devices. The game pays tribute to t...
Genies Riches By Aristocrat Free Play Guide If you are a slot game lover who often prefers to try out Aristocrat iPad games, then Genies Riches will be a perfect gaming option for you to have a crack on. ...
12 Slot Apps to Play Free & Real on iPad, A... You will find that there are hundreds if not thousands of mobile slots out there. To narrow down your search when looking for great slot games to play with or w...
Diamond Tower Lightning Box Free Slot Guide Diamond Tower is an online slot machine produced by Lightning Box which comes with a wealth and fancy pants theme. This game will introduce players to the glitz...
Wild Ameri’Coins Free Slots Game Guide When it comes to slot games, different players have different reasons as to why they play. Some simply love the entertainment element which they get from spinni...
Jaguar Mist Free Mobile Pokies app by Aristocrat The Jaguar Mist mobile pokies app by Aristocrat Gaming is a popular online slot and is offered by Heart of Vegas. It isn’t very new in the market and is most po...
Rocket Man Free IGT Slots Game Guide Rocket Man is a cracker iPad compatible slot game of IGT which has created a new type of genre in the form of superhero-themed game. This superhero themed game ...
Dragon Lines Best Free Ainsworth iPad Pokies Gam... Considering the ever increasing popularity of Asian themed iPad pokies, Ainsworth Technologies has developed this game called "Dragon Lines". Basically it featu...
Fairy Queen Novomatic Free Slot Game Guide Slots offer players an opportunity to escape the daily struggles of the world and find comfort in a virtual world where everything is perfect and there are no s...
Elvis the King Lives By WMS Free Play Game Guide The king has not left the building, in fact he has been themed into a great iPad compatible slot game. Elvis the King Lives has been created by WMS (Williams In...
1421 Voyages of Zheng He Free IGT Slot Game Guid... The number eight is commonly considered to be lucky in the Chinese culture, so that’s why it’s referenced multiple times inside the game. Anyways, here are some...
Dolphin Treasure Gold Free Aristocrat Pokies Are you ready for more fun than the original Flipper themed pokies game loved by millions around the world? ok well check-out the Dolphin Treasure Gold slot mac...
Double Dragons Slot by Yggdrasil Review & F... A lot of people would agree that two is better always better than one and Double Dragons from Yggdrasil Gaming is clear proof of this. This iPad slot not only f...
NYX Druidess Gold iPad Pokie Free Play Guide The NYX Celtic fantasy-themed Druidess Gold iPad slot features the titular druidess plus a host of other motifs of the pagan faith. It’s for this reason why if ...
Very Fruity Williams Free Slots App Guide The title of this iPad slot game is enough to give players a clue as to what to expect when spinning the reels of this game. Indeed, you are going to come acros...
Tags: Elephant King Slots, IGT free app, IGT free iPad pokies, IGT free iPad slots,