Firelight is video slot designed by Aristocrat gaming and is a bit old but still a treat to play on an iPad. The famous land-based slot game is now available online to play with most mobile devices. This is a 5 reel slot that provides 243 pay-lines. Players’ odds of winning are increased significantly.

It is designed with vibrant and attractive colors and graphics. This unique game play is all about ancient times when magical powers are predominant. Firelight slot is based on the legend of the phoenix which rises from the ashes. This game is known for its descent payouts.

The online version is available to play for real money and demo mode alike. The app is also available at the Apple store to be downloaded for iPods, iPad and iPhones or play if free at Heart of Vegas on any device. 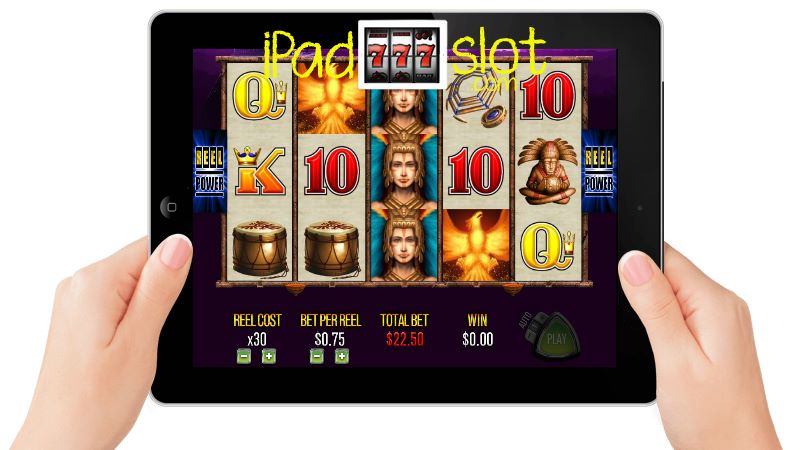 Firelight has a mystical and a native theme set against an ancient purple sky. The interface is simple and user-friendly with accessible controls. The line and bet amount buttons are conveniently placed at the bottom of the screen. The sounds features include chattering locals and a female laughing.

All symbols featured in the game represent ancient times. These include a volcano, a warrior, a drum, a phoenix, a ring and an idol. It also features the poker icons as the lower value symbols. These are Ace, King, Queen, Jack, Ten and Nine. The phoenix is the scatter symbol of the game used to activate the free spins round. Lava is the wild symbol used to replace all other symbols. 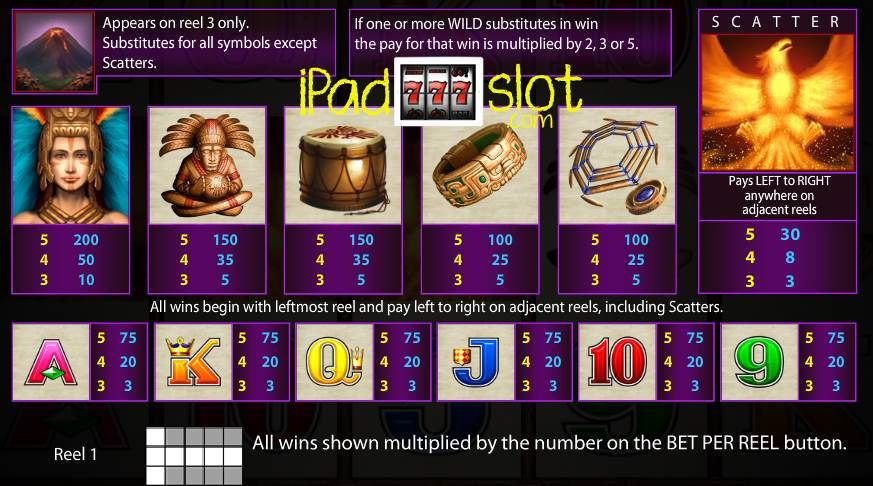 Players are awarded with 5 reels to spin and 243 ways to win. The wild symbol triggers the 2x, 3x and 5x multipliers. All symbols pay from left to right anywhere on adjacent reels. Players are only required to choose the bet size and lines to play. From there they can proceed to spin the reels. Players can bet as low as 0.01 coins. 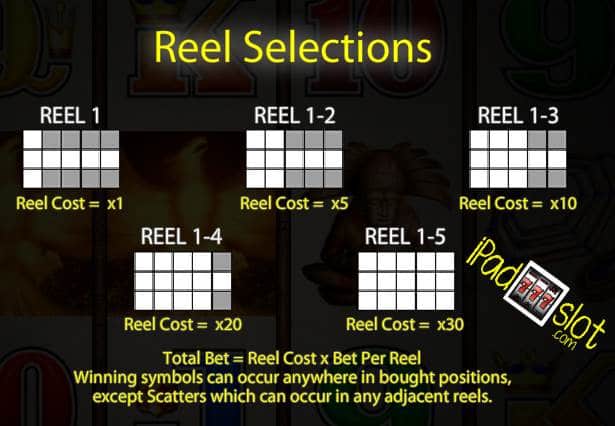 Firelight is a place where magical powers could work on the favor of players by rewarding prizes. The symbols are beautifully designed with an ancient style. Firelight offers excellent payouts and innovative bonus features. These are free and twin spins which allow players to have more command on their wins.

Volatility of the game varies from medium to high and is available for a wide range of denominations. It is now available in a mobile version. Players are allowed to play both in free and real money mode at select iPad online casinos. This mythological themed slot is filled with fun and rewarding features.

Wonders of Africa Free IGT Slots Game Guide Different continents and regions are known for different things. The European continent is known for its brilliant medieval and modern day architecture, the Sou...
Candy Bars IGT Slots Free Game Guide As one can deduce from the slot’s title, this IGT powered game is all about candy. The game’s background, the symbols on the reels and even the background sound...
Hercules High and Mighty Barcrest Free Slots App The SG Interactive Barcrest powered Hercules High and Mighty is a iPad and iPhone compatible slot game which pays tribute to the Greek mighty warrior aka Hercul...
Wild Fire Riches by Ainsworth Free & Real P... Fire and flames are everywhere in this slot so if you like a little red in your iPad slots theme then this will delight you. The game is from none other than Ai...
Super Dragons Fire Slot Game Guide Super Dragons Fire by Mr. Slotty is a fun online slot machine game, which has an ability to captivate all the theme-based gamers. The game contains 25 paylines ...
Monopoly Bring The House Down Barcrest Free App It's time to ‘bring the house down’ and take all the money in this SG Interactive powered slot game from the Barcrest Studio of popular online free and real mon...
Queen of the Skies Spin Games Slot Review Queen of the Skies Slot Review Amelia Earhart is among the early heroines whose legacies live way longer than ten times their lives. She is the first woman kno...
Aristocrat Wild Fortune Serengeti Stampede Slot ... Wild Fortune Serengeti Stampede is a progressive online slot that is powered by Aristocrat. The mere fact that is a progressive game makes it a great propositio...
Thunder Cash Ainsworth Free Slot Review Ainsworth is one of Australia’s leading pokies gaming developers, it has created a online version of the very popular casino game Thunder Cash in this 5 reeled ...
Rainbow Riches Free Spins Barcrest App The ‘Rainbow Riches’ series is one of the most popular slot series to come from the SG Interactive stable of Barcrest games. Adding on to the vast number of tit...
Aristocrat The Amazing Race Free Slots App Guide Television is littered with hundreds of reality and quiz style genre programs. Some appeal only to a particular audience be it the young, the old, young males, ...
Quickspin Dragon Shrine Slots Game Guide Dragon Shrine is a iPad slot dedicated to dragons that are often themed into scores of slot games. And yes, you guessed it right, it belongs to the Chinese them...
Piggy Jackpots IGT Slots Game Guide This IGT powered video slot is all about some cute little pigs as you can deduce from the slot’s title. Match as many fat little pigs as you can and you are gua...
Roaming Reels Pokies by Ainsworth Free Play ... The Roaming Reels pokies machine is developed by Ainsworth. The game play is based on roaming African plains which is a bit like 50 Lions slots of course in man...
Aristocrat Wicked Winnings IV Free Play Pokies G... Wicked Winnings IV is an online slot machine from Aristocrat. The slot is a yet another sequel to Wicked Winnings 1, 2 and 3. Aristocrat decided to create anoth...
Motor Harley Davidson Freedom Tour Free Slots Gu... To some, these two iconic words ‘Harley Davidson’ quickly ring a bell while to some, these two words may be completely new. If you find yourself on the latter s...
Monopoly On The Money Barcrest Free App Review Monopoly On The Money is a game which comes from the SG Interactive Barcrest Studio. This is a creative online slot as it gives players the opportunity to play ...
Club8Casino Guide & Review Social casino gaming for Aussie players is really hot in the land down thanks to the Club8Casino. Several well-known & highly popular southern Queensland ba...
Fortunes Way By Aristocrat Free Game Review If you're an avid fan of online slot games developed by Aristocrat & you want to enjoy a smooth & seamless gaming experience, then "Fortunes Way" will b...
Big Red Free Play Review Big Red by Aristocrat features to be an incredibly interesting iPad and iPhone compatible slot game that presents the theme of Australian outback setting. The t...
Tags: Aristocrat free iPad pokies, Aristocrat free iPad slots, Aristocrat Free Slot App Article Tags, Firelight Free iPad Slots,