Fortunium is an online slot machine which comes from the Microgaming company This game has a vintage feel as the background sounds depict a heyday city and the symbols on the reels include royals clad in yesteryear attire.

To start the adventure player’s simply need to set in motion the game’s 5 reels that come with 40 paylines. Fortunium is a mobile-friendly slot game meaning that players can enjoy the game on their handheld devices anywhere on the rock they may be for fun or real moolah. 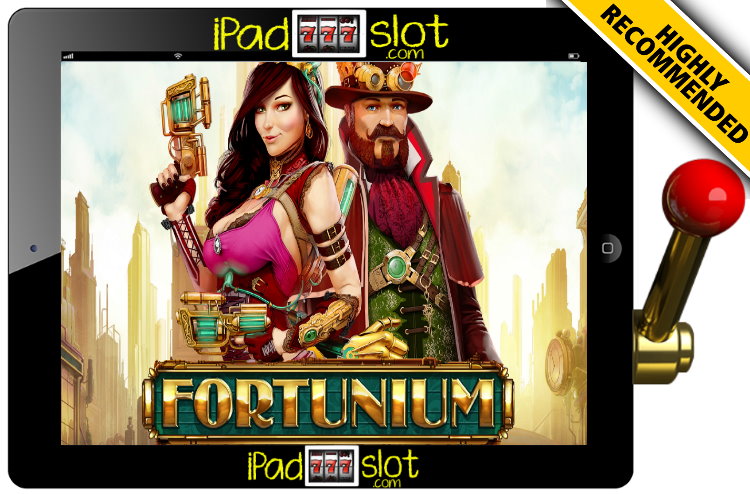 The backdrop of this game is set against the deserted streets of a heyday city presumably somewhere around the 1960s to the 1970s. The reel section is covered by a solid brown colour.

When spinning the reels of Fortunium, players will encounter the following symbols on the reels: icon written W, Victoria, Maximillian, a treasure chest, dynamite, a camera, and playing card suits.

**The Fortunium Microgaming slot and/or many similar games can been played today on your iPad, iPhone, Android or a PC for fun at our FREE slot games page here. ** 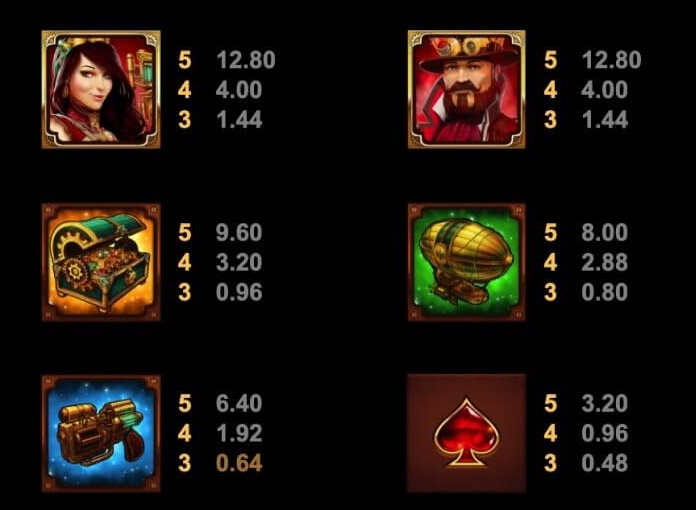 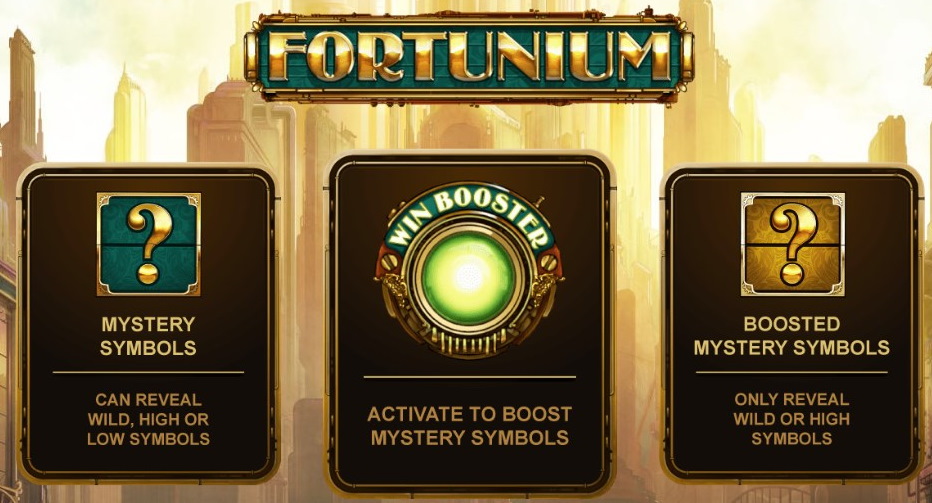 Fortunium is an good slot game to play thanks largely to the incorporation of multiple bonus rounds that it has. We rate it a 6.2 from 10 score in our review.

Ainsworth Rio Riches Stacked Up Free Aussie Styl... Ainsworth powered Rio Riches Stacked Up slot game comes with a carnival theme. While the carnival theme on its own is enough to entice players, this slot offers...
Pompeii Slots app for iPad Casino Players The best way to play and win on Pompeii iPad slot game has been asked many times before, their is no sure way but our guide may help you in the quest to win big...
Midnight Soiree Free IGT Slots Game Guide Midnight Soiree is an online slot machine which comes from the IGT company. This game comes with a masked ball theme and as such, players looking forward to try...
IGT Baywatch 3D Free Slots Game Guide Baywatch 3D is a branded iPad slot game that comes from IGT. This game brings to life the popular TV series, Baywatch which saw lifeguards on the Malibu Beach w...
Wolf Gold Slots by Pragmatic Play Review Wolf Gold is a 5 reel, 25 paylines video slot from Pragmatic Play who have released quite a number of quality games for online casino players. In essence, it in...
Island Eyes Free IGT Slots Game Island Eyes is an online slot machine which comes from the IGT company. Island Eyes is an adventure-themed game that takes the player deep inside a thick forest...
Aristocrat Fortune Firecracker Slots Free Play G... Fortune Firecracker is an Asian themed iPad compatible slot game by Aristocrat that can provide players great entertainment with its superior game play and exci...
Golden Wins Free AGS Slot Game Guide This very unique AGS slot game goes by the name Golden Wins and it comes with an oriental theme with heaps of firecracker visuals, it's exciting and fun to play...
Bally Ra & the Scarab Temple Free Slot Guid... The ancient Egyptian theme has been used by game developers for decades now. Due to the high number of ancient Egyptian themed slot games released each year, on...
Cluedo Who Won it? iPad Slots Free Play Guide Cluedo – Who won it? slot machine from IGT is an interactive suspense and crime themed game that is a cracker. It is based on a popular board game that goes by ...
Buffalo Moon By Aristocrat Free Play Guide Buffalo Moon Slot is an interesting iPad slot game designed and developed by Aristocrat. It's inspired by the Native American culture where buffaloes are consid...
Top Spot Barcrest Slots Free App Top Spot is an XOX themed iPad slot game developed by SG Interactive and it's from the Barcrest pokies studio. This online slot machine app does not differ much...
Aristocrat Walking Dead Free Slots Guide Update: We now have a free play demo version here of The Walking Dead online slot machine. Undoubtedly, The Walking Dead is one of the most famous zombie-bas...
IGT Shamrockers Eire To Rock Free Slots Game Gui... IGT got in sync with modern players needs when they released Shamrockers slot machine. It is a cool 5 reeled machine that features 20 fixed paylines. It is musi...
Sphinx Wild Free IGT Slot Game Sphinx Wild is an ancient Egyptian themed slot game which comes from IGT. In game, players can expect to view ancient Egyptian cultures on the reels as well as ...
Cosmic Fortune iPad Slots Review Cosmic Fortune is the newest iPad slot to be released by NetEnt and it is surely a great game to play for real money. The game is based on an alien invasion and...
88 Riches GameArt Free Slot Guide 88 Riches is a 5-reel slot from GameArt. With 243 bet ways, the game has an unknown RTP, unknown variance, and four types of jackpots bonuses. 88 RICHES QUICK ...
Burning Desire Microgaming Slot Game Guide Developed by Microgaming, Burning Desire is an online video slot machine for players who love old fashioned style pokies. It has classic icons and not character...
Lucky Link Beats Bally Free Pokies App Lucky Link Beats is an SG Interactive powered slot game from the Bally range of fine pokies machines. The slot comes with a dance club theme, from the symbols o...
Secrets of Stonehenge Free IGT Slot App Many folklore books are full of stories and legends about mysterious creatures and societies of the past. While its great to learn about the past legends from b...
Tags: Fortunium, Microgaming android free pokies, Microgaming android free slot, Microgaming free app, Microgaming free iPad pokies, Microgaming free iPad slots, Microgaming iPhone free pokies, Microgaming iPhone free slot,