While the symbols on the reels and the layout resemble that of the traditional slot games, the graphics in this game are in HD thus giving this retro-themed slot an unique look and feel. This stunning slot comes with 5 reels and 30 paylines. 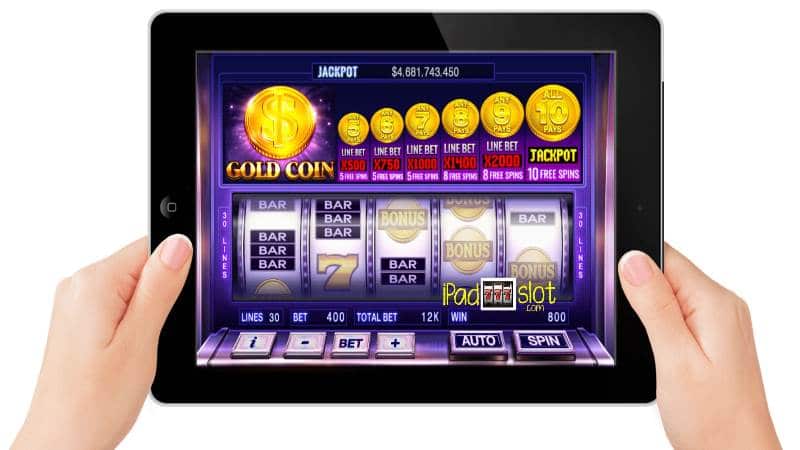 Gold Coin slot game is set against a backdrop of blurry graphics depicting a land-based slot machine inside the casino acting as the background. 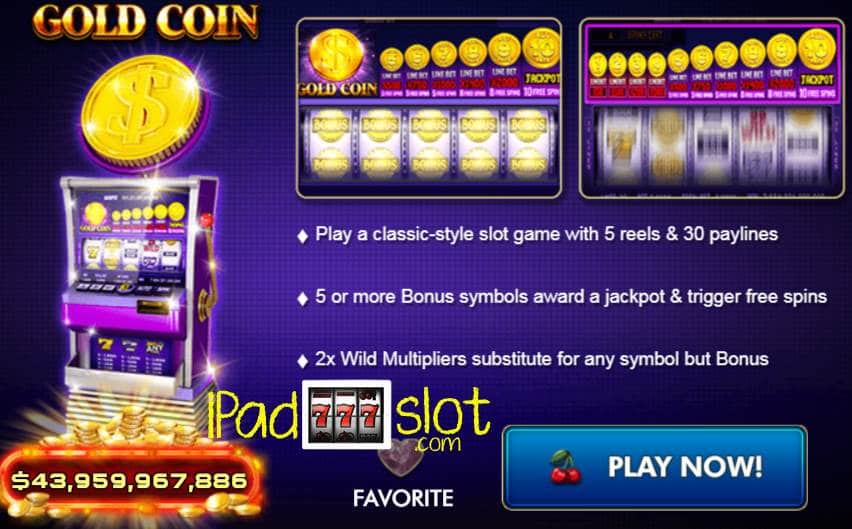 The symbols on the reels in Gold Coin slot game consist of one bar, two bars, three bars, a gold coin, lucky 7s, and a 2x multiplier.

Gold Coin is a retro game with style thanks largely to the stunning High Definition graphics employed by IGT in developing the game. This game gets a 7.6 point rating out of 10 points in our game review.

1421 Voyages of Zheng He Free IGT Slot Game Guid... The number eight is commonly considered to be lucky in the Chinese culture, so that’s why it’s referenced multiple times inside the game. Anyways, here are some...
Secrets of Stonehenge Free IGT Slot App Many folklore books are full of stories and legends about mysterious creatures and societies of the past. While its great to learn about the past legends from b...
From Dawn Till Dusk Novomatic Free Slots App Rev... From Dawn Till Dusk is a branded slot game developed by Novomatic. This slot is a game adaptation of the movie which goes by the same name i.e. From Dawn Till D...
10 Top Asian Inspired Free or Real iPad, Android... When it comes to slot games, there is one game collection which is undoubtedly the biggest collection (theme wise) i.e. Asian themed slots. Virtually, all game ...
Book of Oz Slot Game Guide Book of Oz Slot Game Review Book of Oz is an 10 payline online slot machine which comes from Microgaming. For those who are into fairytale books or movies, odd...
In Bloom Free Slots by IGT Guide In Bloom is a unique and light flower themed free iPad slot game app from IGT. The has gets 5 reels, 3 rows, and 40 pay lines and a host of bonus games and feat...
Exotic Cats Microgaming Slot review Exotic Cats Online Slot Game Review Exotic Cats is an online slot from the Microgaming company. As players can probably tell from the title, this game is all a...
GameArt Dragon King Free Slots Review This fantastic iPad compatible slot machine called Dragon King consists of 5 reels and 50 pay lines. GameArt attracts fans of iPad casinos games with Asian them...
Best Free and Real Money Play Roulette Casino Ap... Think about a game of excitement, fun and possible wins, well let’s think about roulette for a bit. Though filled with excitement, the game of roulette can be b...
Shogun Land by Habanero Slots Review Shogun Land by Habanero is a cracker iPad slot machine game by this relatively new developer company. The game is based on the Japanese traditional culture, and...
Book of Maya Novomatic Free Slot Game Guide Many years after the fall of the Mayan Empire, a lucky adventurer discovered a Mayan temple that is still standing in Central America. Many themes of this perio...
Golden Eagle IGT Slots Game Guide The eagle is one of the most sacred animals in the world and most religions and cultures regard an eagle highly. In Asia, the eagle symbolizes courage, strength...
Microgaming Reel Talent Free Slot Review Reel Talent is a cartoon themed slot game from Microgaming in which different animals take to the stage to showcase their talent singing. Reel Talent Slot Revi...
Motor Harley Davidson Freedom Tour Free Slots Gu... To some, these two iconic words ‘Harley Davidson’ quickly ring a bell while to some, these two words may be completely new. If you find yourself on the latter s...
Surftastic Free Aristocrat Pokies Game If you are you a fan of the water or surfing then you are going to love the Surftastic slot game from Australia’s best pokies provider aka Aristocrat Gaming. Th...
Tales of Darkness Full Moon Free Novomatic Slots... Vampire movies have taught us that at times, humans can transform into wolves during the full moon. This is possible thanks to lycanthropy which is a magical po...
Kitty Glitter Slots Mobile Free Play Version If you need a pleasant distraction when you are feeling a little bored, then you need to lay your hand on the five reel, 30 pay line, Kitty Glitter online slots...
Robin of Sherwood Free Microgaming Slot Robin of Sherwood is a branded online slot machine which comes from the Microgaming company. Play it for free fun enjoyment or have a spin for real casino cash ...
Medieval Money Online Slot Review Medieval Money Slot Review Featuring 4 bonus rounds, IGT has gone all out with a comical recreation of the dark ages involving a series of free spins, massive ...
Fortune Falcon Slots app by Ainsworth Review Players looking to play this game can do so in either one of two modes, there is a progressive mode in which the player stands to hit a highly lucrative Platinu...
Tags: Gold Coin Free Slots, IGT free app, IGT free iPad pokies, IGT free iPad slots,