The Lunar Festival is a time when people in the Orient take time to celebrate their fallen ancestors and heavenly deities. During the festivities, folks will visit their friends and families and wish upon them good fortune, wealth and health.

Aristocrat, one of the leading software developers in the casino gaming industry have come up with a lunar festival themed slot titled, Gold Stacks 88 Lunar Festival. This is a progressive slot which means instead of only aiming to scoop some handsome payouts whenever identical symbols land on the same payline, players when playing this five reel slot will also be aiming to hit anyone of two fixed and two progressive jackpots.

**The Gold Stacks 88 Lunar Festival slot and/or many similar super duper pokies games can be played for free fun or real casino payouts on an iPad, iPhone, Android or a Windows powered gadget, don’t forget you can just have a fun play on your PC or Mac computer, so take a look at our FREE pokies games page here. ** 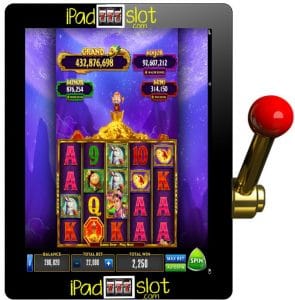 This Chinese themed slot game by Aristocrat can be played free at the Heart of Vegas Casino but no real money gaming is possible at the moment.

The backdrop of this slot game depicts a mountainous range acting as the background graphics. A patterned purple wall covers the entire reel section. 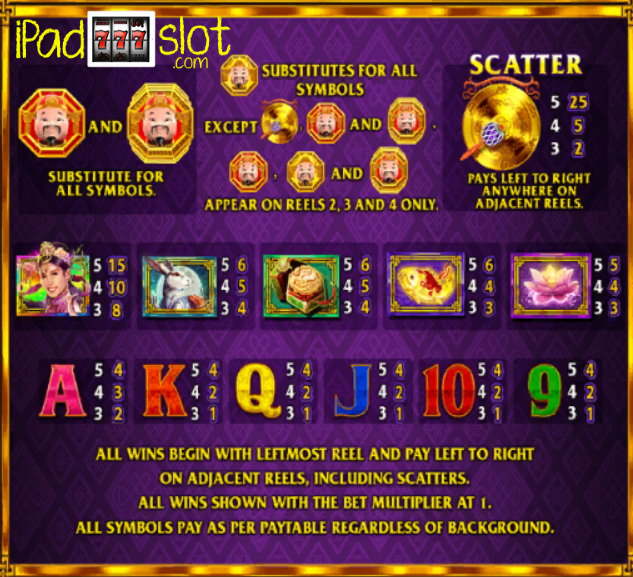 Gold Stacks 88 Lunar Festival reel symbols include the Caishen aka God of Wealth, a golden gong, a beautiful lady, a squirrel, a treasure chest, koi fish, a lotus flower and traditional poker symbols.

BASE GAME SYMBOLS AND PAYOUTS GUIDE 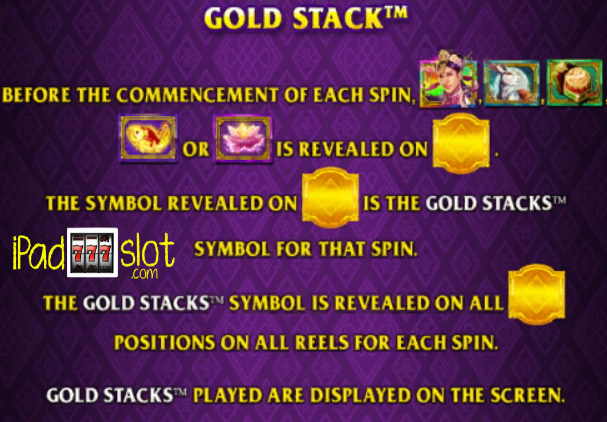 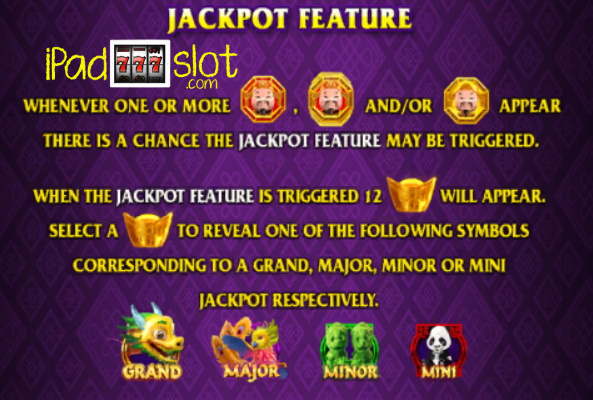 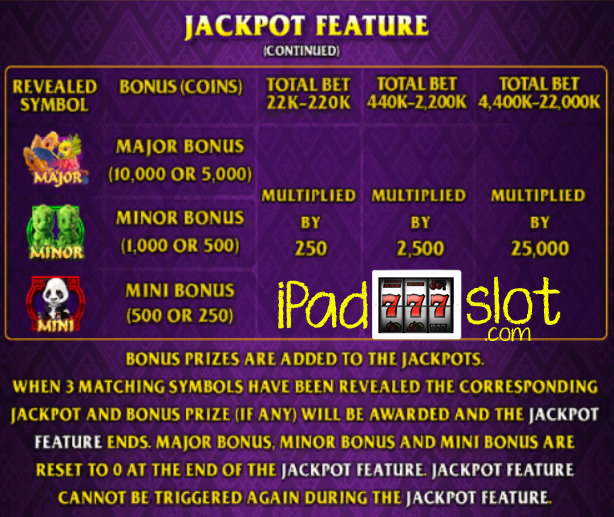 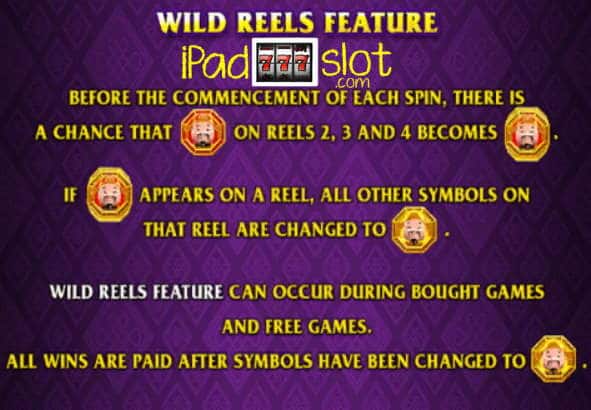 All reels that have the wild (Caishen on a gold portrait) are nudged so that all reel positions are also occupied by the wilds. Free games cannot be retriggered. 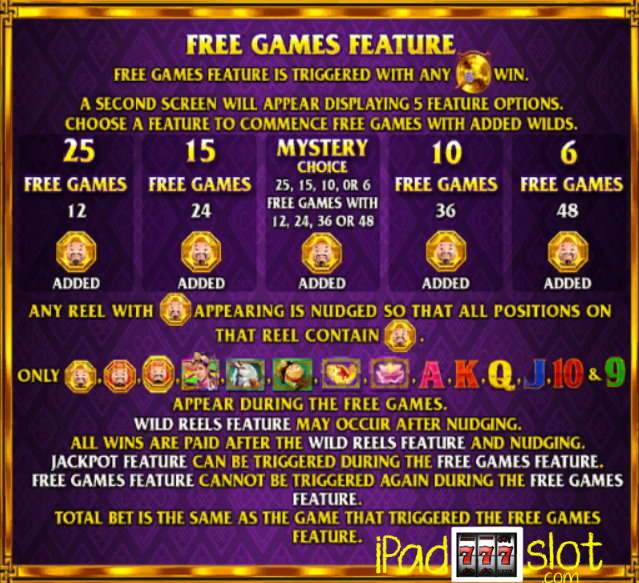 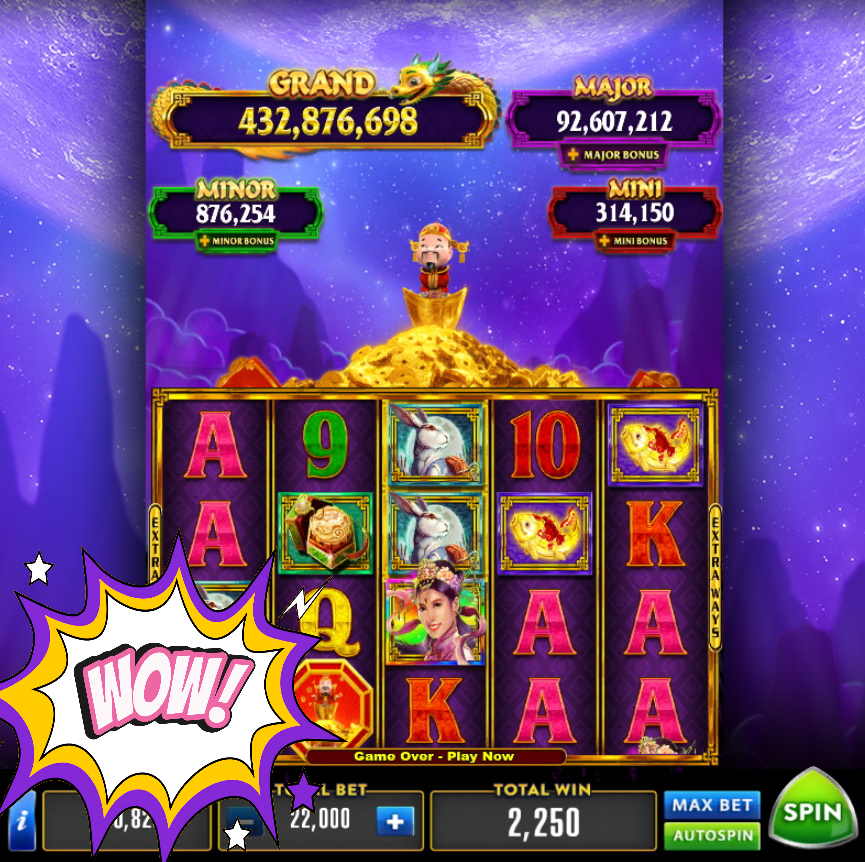 Big Red Free Play Review Big Red by Aristocrat features to be an incredibly interesting iPad and iPhone compatible slot game that presents the theme of Australian outback setting. The t...
Aristocrat Twilight Spirit Jackpot Streak Free S... Twilight Spirit Jackpot Streak is one of Aristocrat’s best video slot games. The symbols and animations used in this game will give you a feeling of the olden d...
Aristocrat Party in Rio Free Play Slots Guide Attractive women in beautiful costumes, face masks & valuable prizes are awaiting for you in this online slot game of "Party in Rio". Rio is a seaside city ...
Aristocrat Mighty Cash Outback Bucks Free Pokies... Mighty Cash Outback Bucks is an slot machine powered by Aristocrat. This game is the latest one in the ‘Mighty Cash’ slots series that is very popular both onli...
Zodiac Princess Free Aristocrat Slots Game It’s the aim of every one of us to be wealthy during our lifetime. No one really wants to spend an entire lifetime in poverty and as such, many people employ di...
Dragons Vault By Aristocrat Free Play Guide Dragon-themed free or real money gaming iPad slot games are quite popular among players. Taking this into consideration, "Dragons Vault" online slot game by Ari...
Jesters Fortune Slots Free Play Guide Jesters Fortune is a carnival-themed iPad slots game from Aristocrat that comes with five reels with 25 paylines. Entering the Jesters Fortune carnival can be f...
Wheres the Gold Pokies Game app Review & Fr... Wheres the gold, by Aristocrat Technologies, is a popular 5 reel, 25 payline iPad pokies game that can be played for free or real money at select casinos with a...
Cash Express More Chilli Slot Free Play Guide Cash Express More Chilli is a fun game from Aristocrat which comes with a Mexicana theme. Mexicans are known for their love for chilli and in this online slot m...
Sweet Skulls Sweet Daybreak Free Slots Guide Sweet Skulls Sweet Daybreak is a three level progressive slot game from Aristocrat. This is a mariachi-themed slot which comes with five reels and 80 paylines. ...
Wonder 4 Special Edition Free Slots Game App Gui... Buy one, get one free. Have you ever heard of this promotion? My guess is, yes you have (and probably you have taken advantage of it and bought two things for t...
The BullFighter Free Slots Game Guide Spain is one of the most popular country's where bullfighting is legal. However, most other countries across the globe have either explicitly or implicitly bann...
Aristocrat Walking Dead Free Slots Guide Undoubtedly, The Walking Dead is one of the most famous zombie-based AMC television series. Considering this into account, an iPad compatible slot game has been...
Sacred Guardians Slots Free Play Guide Sacred Guardians is a awesome animal themed slot game from Aristocrat. This is a 4 level progressive game which features some cute animals on the reels. Anyone ...
Queen Of The Nile 2 Free Play & Review A superb sequel to the classic Queen of the Nile from gaming giant Aristocrat, here comes Queen of the Nile 2. This slot machine takes you down the planets long...
Midnight Stampede Super Stampede Free Play Guide There is a negative connotation that comes with the word ‘stampede’. Most of the time when this word is used, it is when there is a tragedy of sorts. However, A...
Play Geisha Slots for Free or Real Money Nothing compares to the utter beauty of the Geisha, Japan’s traditional hostesses. The Geisha online slot brings their unique charm to the next level, complemen...
Big Ben Free Aristocrat iPad Pokies App The Big Ben pokies game takes you on a virtual-trip to London on your iPad via a free app from Aristocrat. The game is based on the city of London and combines ...
Gold Stacks Queen Marie Free Slots Powered by Aristocrat, Gold Stacks Queen Marie is a free online slot machine which comes with a Royal theme and some awesome jackpot rewards to be won. Gold St...
Crazy Rich Asians Slot Preview, Where to Play Re... Aristocrat has partnered up with Warner Bros. Consumer Products to develop and release the Crazy Rich Asians slot machine for casino punters. The Crazy Rich ...