Golden Knight is a Royal themed online slot machine that comes from the High 5 Games company. Players looking to enjoy the game ought to know that they will be introduced to a Knight whose sole purpose is to defend the crown and the Royal Family members of Kings, Queens, Princesses and Princes.

To see for yourself how the Knight intends to do this, all that the players need to do is to set in spinning the game’s five reels that come with 40 paylines. The RTP of the slot stands at 95.0 percent with a medium variance level. 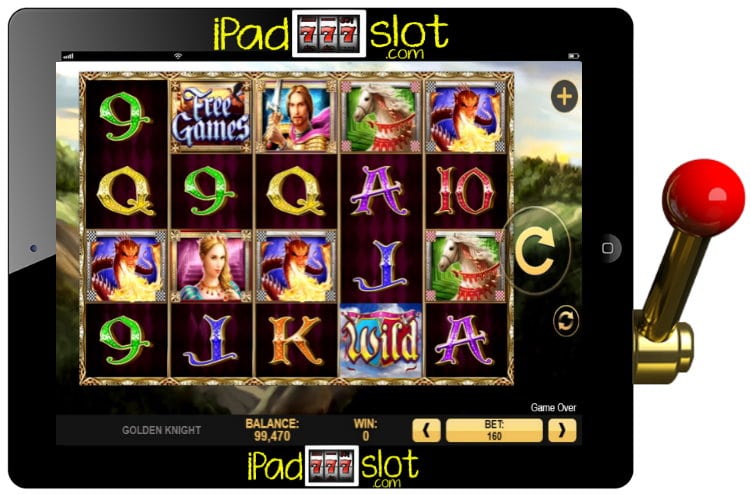 ** The Golden Knight Free High 5 Games slot and/or other similar Aussie style poker machine games may be enjoyed for free or real casino cash on an iPad, iPhone, Android or a Windows gadget, plus you can just have a fun play on your PC or Mac computer so take a peek at our FREE games page here. **

A hilly landscape with a castle showing in a distance provides the background graphics to this online slot machine. The reel section is covered with a dark red colour.

When playing Golden Knight, players will find the following symbols on the reels: the WILD icon, the Knight, the Princess, a bird, a horse, and traditional poker symbols. 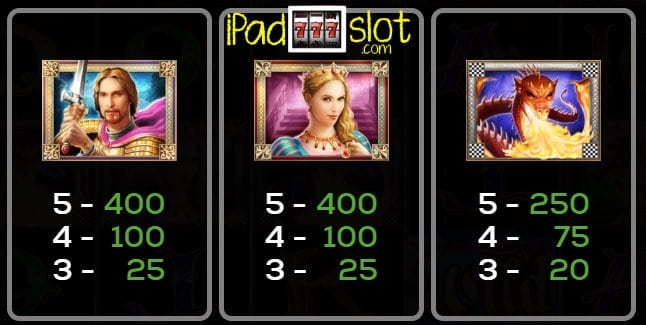 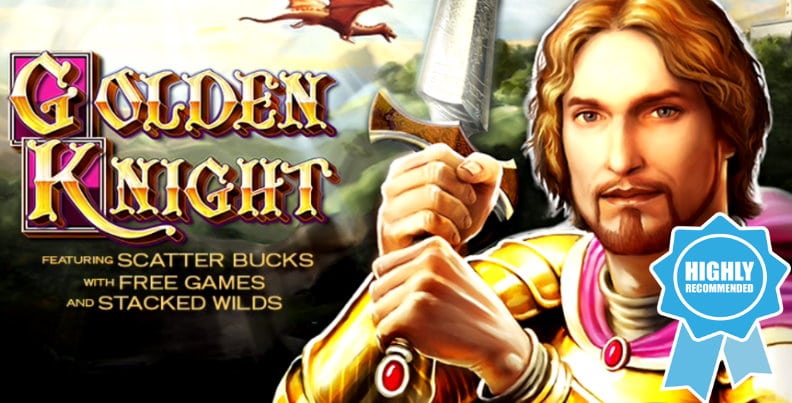 Golden Knight is a fun online slot machine to play with some nice bonus features. Out of a 10 point rating, this High 5 Games pokie gets an 8.2 point rating. 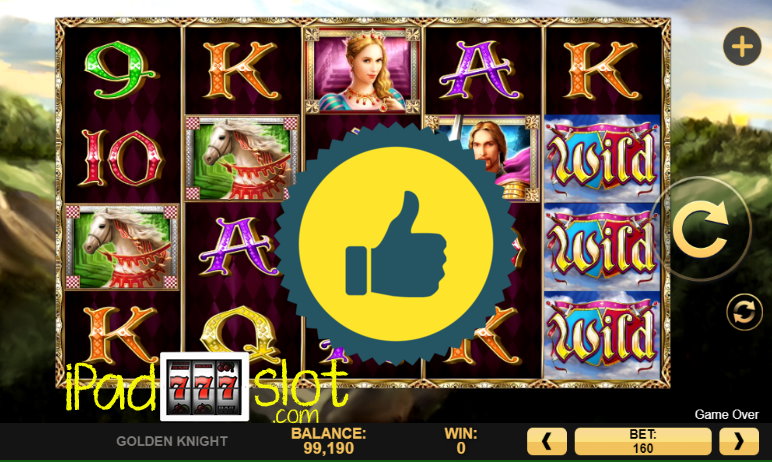 Crystal Cash Ainsworth Free Slot App Guide Crystal Cash is a big riches themed slot game created by the Ainsworth company. The slot was primarily played as a land-based slot machine but due to the popula...
Rainbow Riches Free Spins Barcrest App The ‘Rainbow Riches’ series is one of the most popular slot series to come from the SG Interactive stable of Barcrest games. Adding on to the vast number of tit...
Texas Tea Free Online Slot Game Review The title of this IGT slot game will mean different things to players from different regions. For slot players not resident in Texas or surrounding areas, the h...
Wolf Run Slots Game By IGT Free Play Guide Wolf Run is a Wolf-themed slot game from IGT. The game has 5 reels and 40 pay lines. The players can get to bet on a minimum coin size of 1 and this can go up t...
The Great Albini Free Microgaming Slot Game Guid... The Great Albini is an online slot machine which comes from the Microgaming company. This game comes with a magic theme as a master magician and illusionist app...
Fortune Fox Free Ainsworth Slots App Guide Fortune Fox is an animal themed game from the Ainsworth stable of cracker iPad pokies machines. The primary focus of this app is on the fox as you would have de...
Best Slot Machine Game Software for Your iPad or... Leading software developers create games which can be played on multiple casino platforms. New advances in web software, such as HTML technology has enabled cas...
Red Hot Tamales IGT Slot Free Play Guide Red Hot Tamales is an online slot machine from IGT which comes with a food theme. For those who might not know, Tamales is a Mesoamerican dish made of dough in ...
Ainsworth Ming Warrior Pokies Free & Real P... Ming Warrior from Ainsworth is a 5-reel slot game with 20 bet lines and it's a must play on your iPad. Show your bravery in this Chinese-themed game and you wil...
Magic Pearl Lightning Link Aristocrat Free Pokie... Aquatic themed games are popular with players and great pokies like the Turtle Treasure, Dolphin Treasure and Lobstermania are the great ones that come to mind ...
Mighty Bison Slots Game Review This is yet another animal themed slot game from IGT. This slot mostly features the American bison though there are also other animals namely the wolf and a scr...
Book of Oz Slot Game Guide Book of Oz Slot Game Review Book of Oz is an 10 payline online slot machine which comes from Microgaming. For those who are into fairytale books or movies, odd...
Secret of the Mermaid Konami Slots App Guide Secret of the Mermaid slot game is an aquatic-themed game from Konami whose main focus is on (as you would have imagined) mermaids. These fabled creatures are b...
12 Slot Apps to Play Free & Real on iPad, A... You will find that there are hundreds if not thousands of mobile slots out there. To narrow down your search when looking for great slot games to play with or w...
Moon Maidens Aristocrat Pokies Free Play Guide Moon Maidens is an Aristocrat free slot game which comes with an animal fantasy theme. On the reels, players get to encounter different types of animals as well...
Rhino Rush Free Aristocrat Pokies Game Animal themed video slots are very common in casinos today, everyone loves Big Red and Buffalo but what makes Rhino Rush unique from other titles is the sleek d...
Pharaoh’s Fortune Slots by IGT Free Play Guide Pharaoh’s Fortune is one of IGT’s premier classic casino games based on the ancient Egyptian culture, and history of the country featuring the times of sphinx a...
Sacred Guardians The First Unicorn Free Pokies G... Many people around the world believe that certain animal special in the way or another. These animals or creatures are seen as a sign of luck, power, wisdom, an...
Wild Panda Free Aristocrat Pokies app The great and fun-loving Panda is viewed as a symbol of good luck in China and Asia. To the whole world; it is a gentle furry creature that needs to be treasure...
Pompeii Slots app for iPad Casino Players The best way to play and win on Pompeii iPad slot game has been asked many times before, their is no sure way but our guide may help you in the quest to win big...
Tags: Golden Knight, High 5 Games free android slots, High 5 Games free app, High 5 Games free iPad pokies, High 5 Games free iPad slots, High 5 Games free iPhone slots,