Heart of Romance is a love themed slot game developed by Konami. Players who are looking to start playing this slot game will need to set in motion the game’s five reels that come with 30 paylines. This online slot is accessible and can be played both on the desktop and on mobile devices which run on Android and also on iOS operating systems. The game can be played both for free and also for real money at select iPad casinos that we have reviewed. The RTP stands at 96.50 percent but this will vary from platform.

If you like games like More Hearts from Aristocrat or Mega Hearts by Ainsworth then this is a good game for you to play. 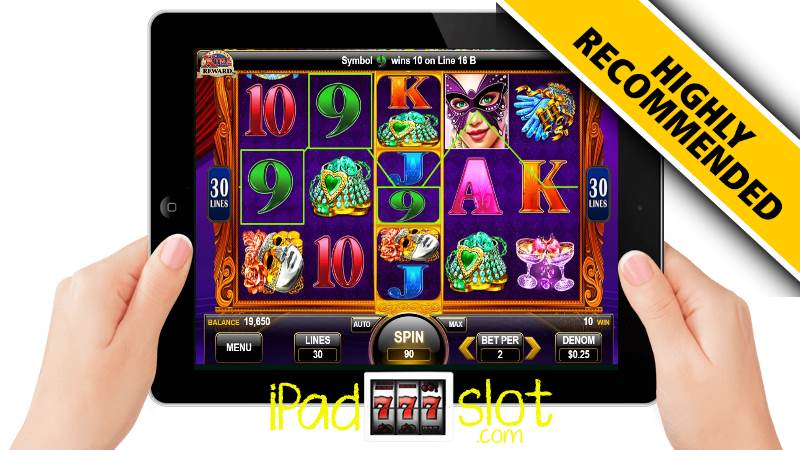 ** The Heart of Romance Free Konami app and / or similar slot games may be available to play on your iPad, iPhone, Android, Windows device, PC or Mac. Just take a peek at our FREE GAMES PAGE HERE. **

Heart of Romance Let’s Get Started

In the background of this slot game is a purple wall with a red curtain hanging on the left side. The reel section of this slot is covered by a solid purple colour. 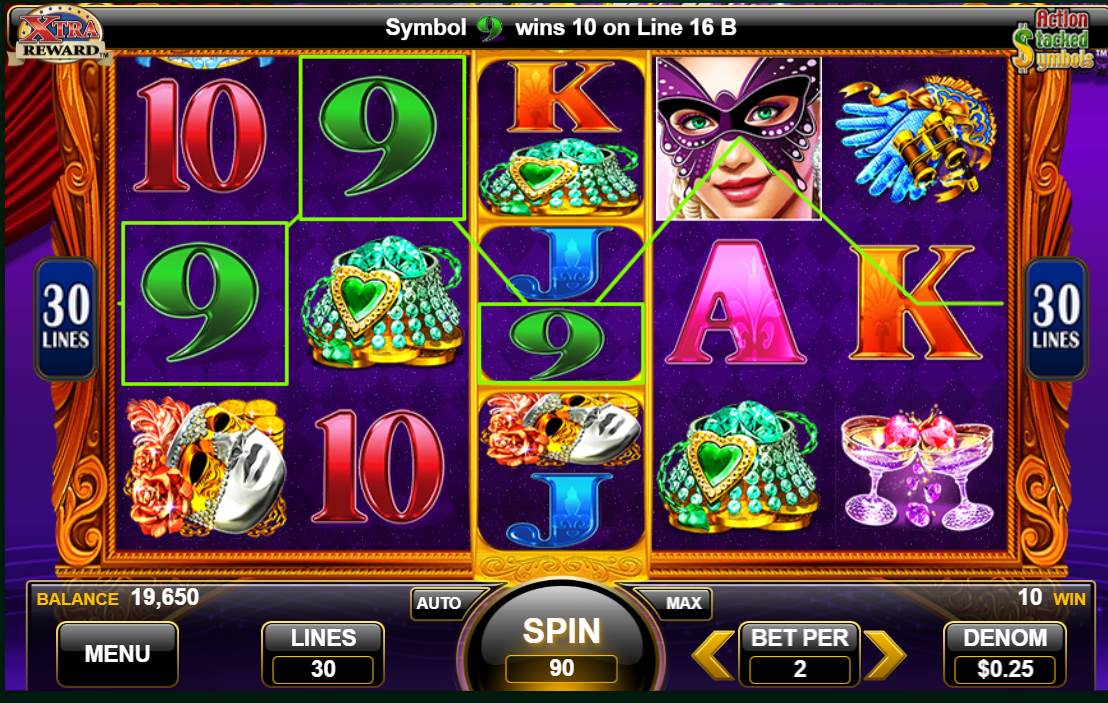 Reel symbols in the game

When spinning the reels of Heart of Romance, players will find the following symbols on the reels: a red gem, a yellow gem, a girl with a purple mask, a girl with a yellow mask, green jewellery, blue jewellery, cocktails and traditional poker symbols. 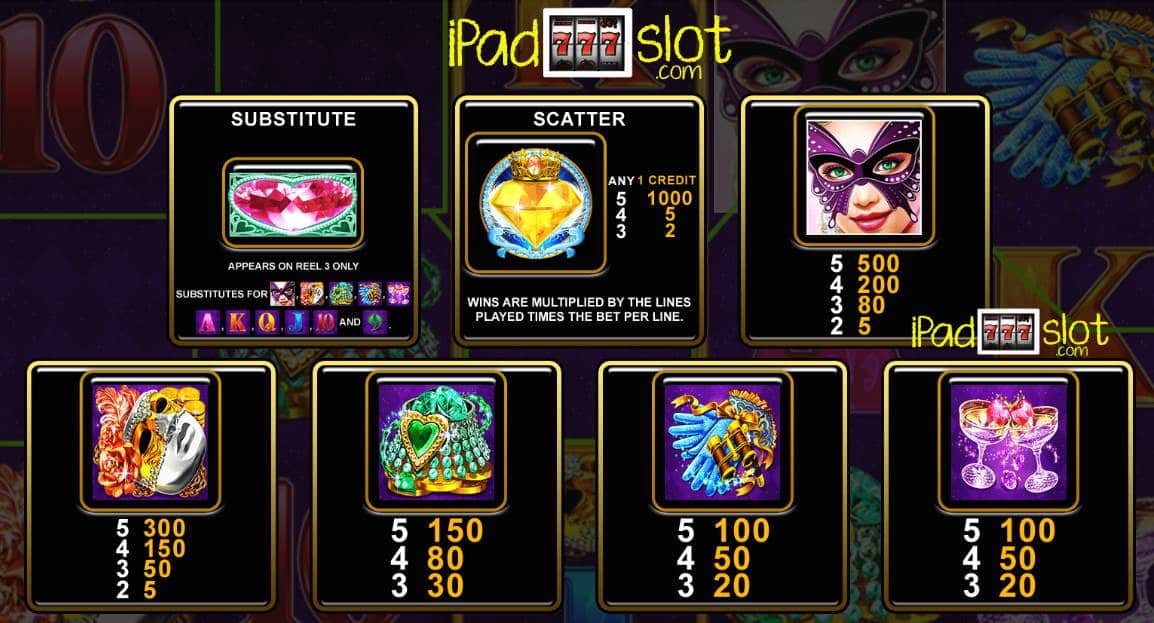 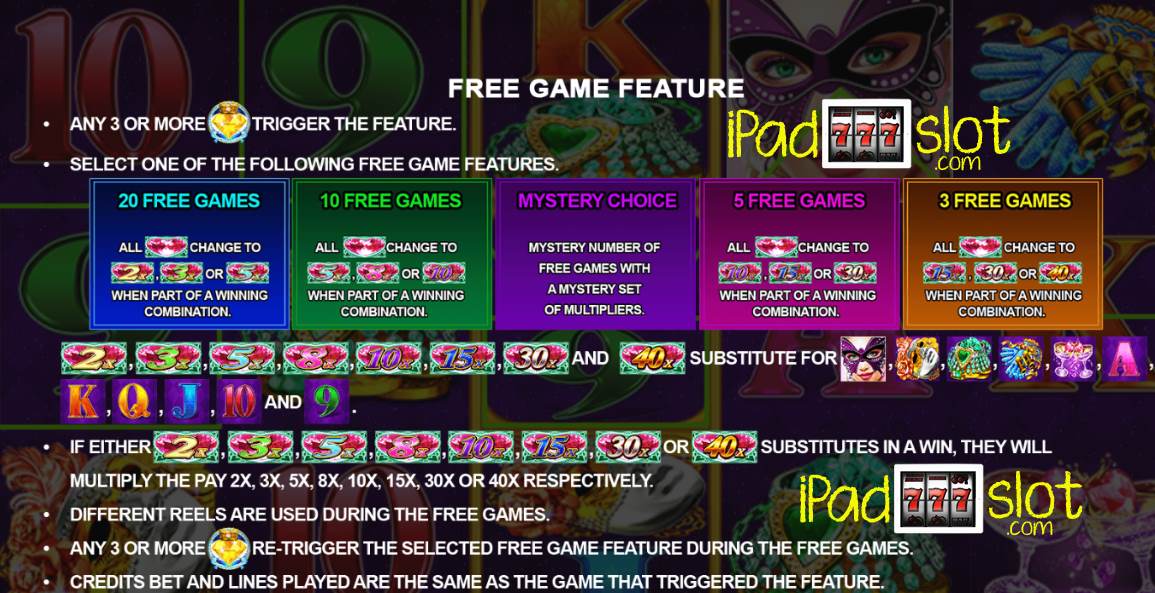 Heart of Romance is a game for lovers and for players who love playing romance-themed slot games. this game gets an 8 point rating out of 10 points in our iPad slot review.

Awesome video win on Heart of Romance Below

Grand Bazaar by Ainsworth Free Slot Game Review Do you really like the classic old tales of the Arabian Nights, for example, Aladdin or Ali Baba & the 40 Thieves? Well, if yes, then "Grand Bazaar" will be...
House of Cards Free IGT Slots Game Review For many people, politics is an entertaining game; if your view on politics resonates with this assertion, then you are going to find this IGT powered iPad slot...
Crazy Cows iPad Slot Game Free Preview The barnyard is full of action and players will be sure to collect some great payouts from Crazy Cows by Play’n Go. This iPad slot game is super exciting and wa...
Faust Novomatic Slots Game App Faust is a themed iPad slot game on a German legend who made a deal with the Devil, how cool is that! it's powered by Novomatic so you know it's gonna be great....
Action Ops Snow and Sable Free Microgaming Slot Action Ops: Snow and Sable is a futuristic slot game which comes from the Microgaming company. In the game  players are introduced to two female fighters who ar...
Roaring Riches Ainsworth Slot Free Play Guide Sometimes, all players need before deciding on a slot game to play is just settle for an Ainsworth title as you are always assured of a awesome gaming experienc...
Twilight Spirit Aristocrat Free Slots By just watching movies and films that depict life back in the day, many people conclude that life in days gone by was better, happier, and easier well no annoy...
Book of Ra Deluxe Jackpot Edition Free Slots App... The Book of Ra Deluxe Jackpot Edition iPad slot is the second edition in the Book of Ra slot series and the direct sequel to the Book of Ra game. This is a high...
Six Acrobats Microgaming Free Slot Guide Six Acrobats is an online slot machine which comes from Microgaming. This game has an oriental theme hence it’s awesome for players who love playing iPad slots ...
Fire Opals IGT Free Slots Guide This is a Hawaiian themed video slot from IGT. This slot combines precious gemstones and volcanoes in a stunning display of graphical brilliance. Quick Start G...
Ocean Magic IGT Free Play Slots Game The title of this IGT powered game does reveal to the player what this game is all about. Ocean Magic is an aquatic themed slot game which takes place in an und...
More Chilli Slots app by Aristocrat Free Play Ve... More Chilli is another exciting free iPad slot game app that is developed by Aristocrat Technologies. This pokies game represents the classic theme of Mexico an...
Sugar Frenzy Barnyard Bonanza Slot Game Review Sugar Frenzy Barnyard Bonanza is the latest addition to the Barnyard Bonanza slot series. Just like the other original Barnyard Bonanza version this progressive...
Gold Stacks Queen Marie Free Slots Powered by Aristocrat, Gold Stacks Queen Marie is a free online slot machine which comes with a Royal theme and some awesome jackpot rewards to be won. Gold St...
Sacred Guardians The First Unicorn Free Pokies G... Many people around the world believe that certain animal special in the way or another. These animals or creatures are seen as a sign of luck, power, wisdom, an...
Wheel of Fortune Triple Stars Free Slots Game Ap... Wheel of Fortune Triple Stars is a iPad slot game app is meant for the high rollers as the game is all about class and good living. It does not take much for th...
Dolphin Treasure Gold Free Aristocrat Pokies Are you ready for more fun than the original Flipper themed pokies game loved by millions around the world? ok well check-out the Dolphin Treasure Gold slot mac...
IGT Black Widow Free Slots Play & Review The "Black Widow Slot" game is a unique and interesting IGT social iPad pokie that can be played at the Double Down Casino for FREE - yes that's correct no mone...
Big Red Free Play Review Big Red by Aristocrat features to be an incredibly interesting iPad and iPhone compatible slot game that presents the theme of Australian outback setting. The t...
Hotter Than Hot Slots by Ainsworth Free & R... Hotter Than Hot is a classic example of how Ainsworth gaming has moved in the range of developing superior online iPad player slot  games. With a game as challe...
Tags: Heart of Romance Slots, Konami free app, Konami free iPad pokies, Konami free iPad slots,