The SG Interactive Barcrest powered Hercules High and Mighty is a iPad and iPhone compatible slot game which pays tribute to the Greek mighty warrior aka Hercules. He happens to be the son of the Greek God, Zeus and don’t we all love the Zeus slot machines 🙂

In this Greek-mythology themed game, players will get to meet the great warrior Hercules as well as learn all there is to know about the world that Hercules lived in back in the day right from the game reels.

Players simply just need to set in motion the game’s five reels that come with 50 paylines (increasing to 100 paylines in the Big Bet game modes). One thing to note when it comes to Hercules High and Mighty is that this is a mobile-friendly game hence players can enjoy it on their mobile devices provided they run on either Windows, Android or iOS operating systems. Big screen players are not forgotten also as it can be enjoyed on your Mac or PC for free social fun or real casino bucks from our best casinos.

** The Barcrest Hercules High and Mighty slot game might be available to play for free on your iPad, iPhone, Android, Windows device, PC or Mac. Just take a look at our FREE games page here. ** 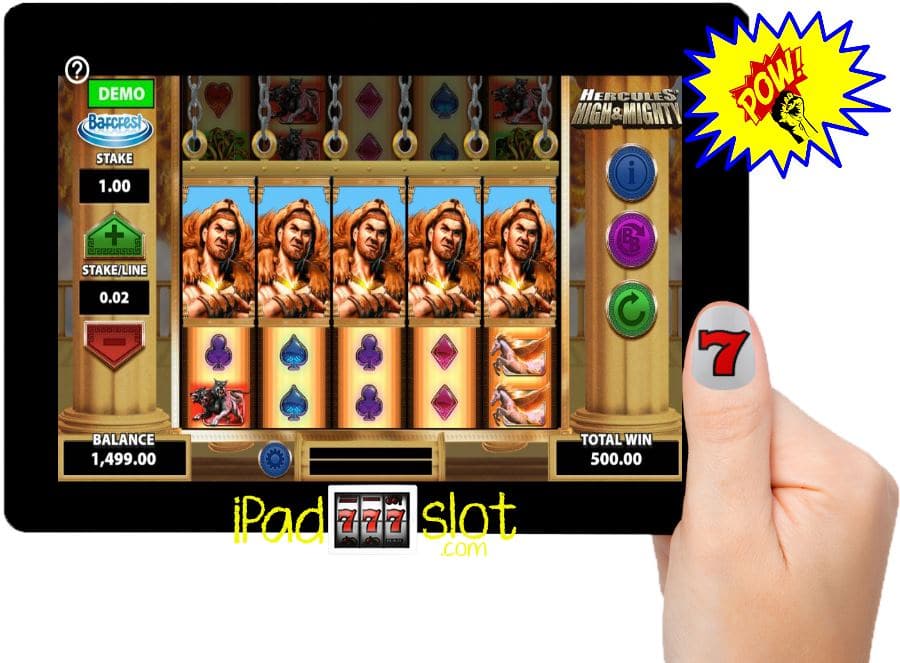 The background of this slot game depicts a thatched balcony painted in brown colour. The reel section is covered by a brown colour which goes hand in hand with the brown balcony theme.

The symbols that players will encounter on the reels in this slot game include Zeus, a princess, flying horse, a lion, many faced serpent, two-faced creature and playing card suits. 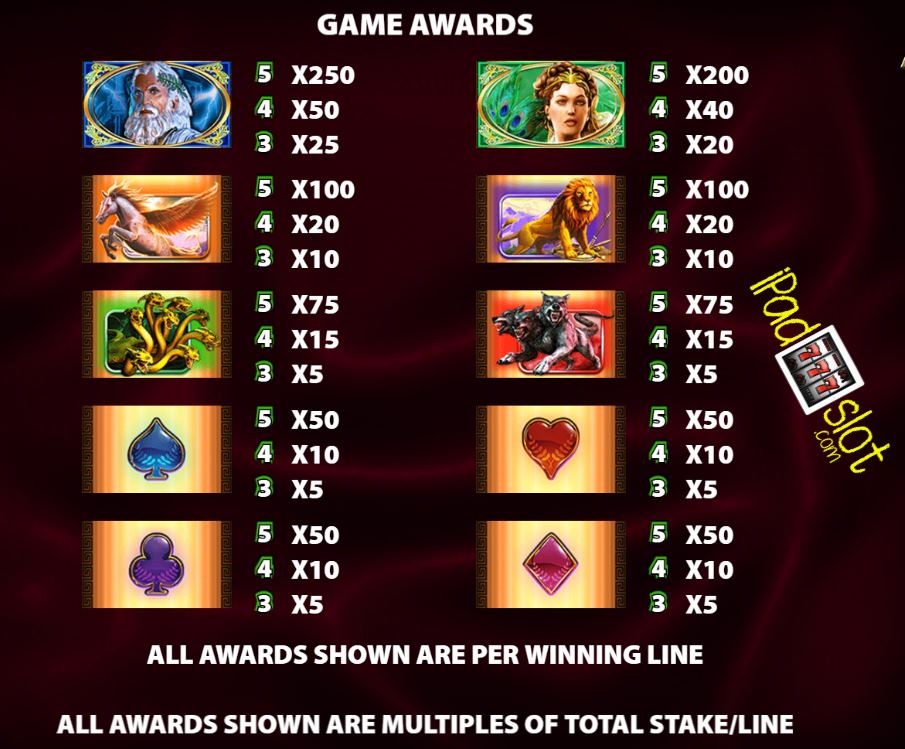 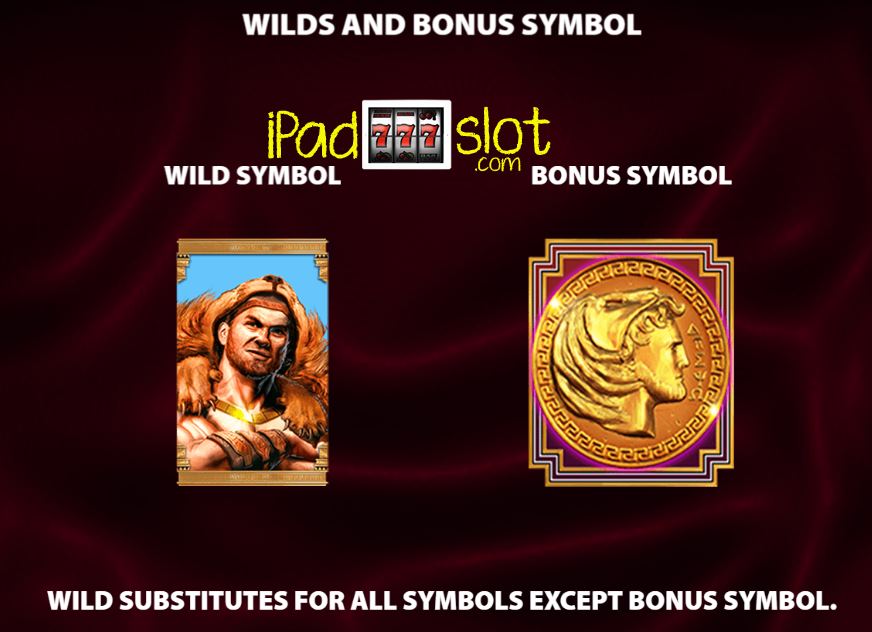 This feature is triggered when the player lands the Hercules icon. The chains on top of the main reel set will rise thereby introducing a new colossal reel set which activates all the paylines in the game. 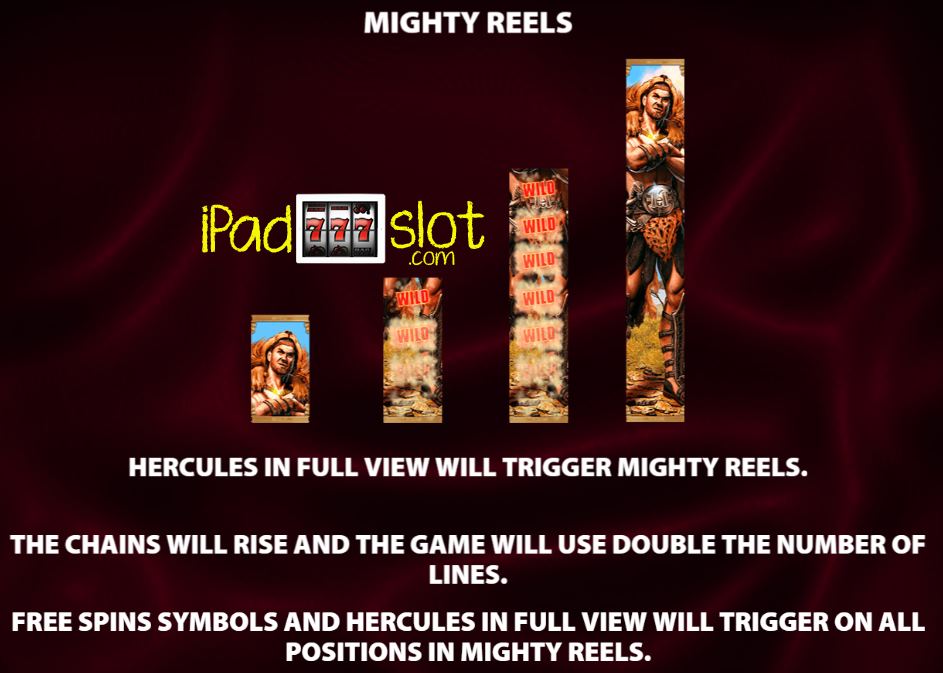 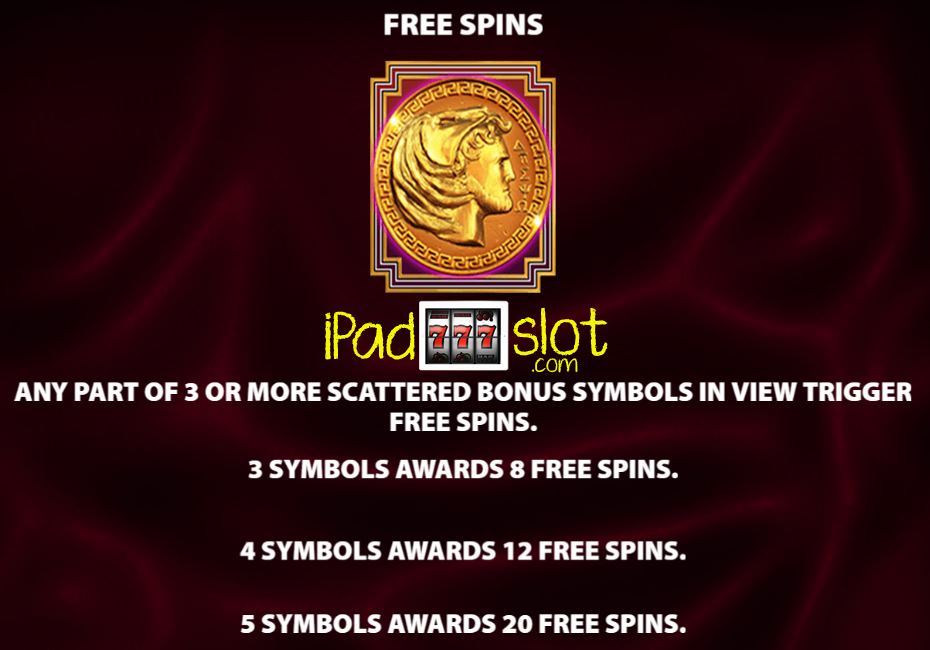 Big Bet game modes can be started by the player by simply clicking on the BB button on the game screen. This is popular feature only found in Barcrest slot games.

Hercules High and Mighty is a must play game for punters who love playing Greek mythology-themed slots. The RTP of this pokie game ranges from 94.00 percent to 98.00 percent. This game gets an 8.5 point rating out of 10 points in our must play free Barcrest iPad slot games.

Mega Vault IGT Free Slots Guide When we hear of the word ‘vault’, our imaginations run wild because we know that the vault is where everything special is kept. Whether small or big, when one i...
Ainsworth Ming Warrior Pokies Free & Real P... Ming Warrior from Ainsworth is a 5-reel slot game with 20 bet lines and it's a must play on your iPad. Show your bravery in this Chinese-themed game and you wil...
Dolphins Pearl Novomatic Free Slots App Guide Dolphins Pearl comes from the Novomatic stable of awesome iPad compatible slot machine games. This is an aquatic-themed slot game whose primary focus is on the ...
Aristocrat Mighty Cash Outback Bucks Free Pokies... Mighty Cash Outback Bucks is an slot machine powered by Aristocrat. This game is the latest one in the ‘Mighty Cash’ slots series that is very popular both onli...
Golden Lotus RTG Slot Game Review The RTG Golden Lotus is yet another China-themed slot game, and it has reels of 5, pay lines of 25 and a jackpot feature. Golden Lotus Slot Guide A Chinese ga...
Best 2021 Real Money or Free Play iPad, iPhone, ... On this page we have 12 of the best great slot games to play on your iPad, iPhone or Android device for real money casino excitement or play for a little free f...
Wild Times Barcrest Free Pokies App Wild Times is a fruit themed slot Barcrest game which comes from SG interactive. This game will take one back to the old good days when only juicy fruits were t...
Gypsy Moon Free IGT Slots Game Introducing a mystical and ethereal gypsy themed video slots game from the world leading gaming software developer IGT, you can expect to find everything that i...
Cluedo Who Won it? iPad Slots Free Play Guide Cluedo – Who won it? slot machine from IGT is an interactive suspense and crime themed game that is a cracker. It is based on a popular board game that goes by ...
Flaming Dice EGT Slot Game Review Flaming Dice is all about throwing the dice on the reels and hopefully getting some cool rewards in return. EGT used two concepts in developing this slot game, ...
Red Tiger Gaming Imperial Palace Free Slots Red Tiger Gaming has come up with the ancient Chinese kingdom themed Imperial Palace pokies game. The game gets 5 reels and 20 pay lines. Players can bet betwee...
Novomatic Gryphons Gold Slot Review Legends of the past state that in times gone by, there were some scary but friendly creatures known as Gryphons. These creatures had an upper body of an eagle a...
Bubble Craze Slots Game Guide Bubble Craze is a popular iPad slot machine game developed by the famous developers of this era IGT gaming. The game possesses aqua-based natural phenomenon cal...
Sacred Guardians The First Unicorn Free Pokies G... Many people around the world believe that certain animal special in the way or another. These animals or creatures are seen as a sign of luck, power, wisdom, an...
Legends Of New York by Ainsworth Real & Fre... Legends of New York slot is one of a kind slot machine iPad compatible game developed by Ainsworth, which the fans say it's one of their best. The game features...
Indian Dreaming Emerald Edition Aristocrat Free ... Aristocrat developers have made a name for themselves for releasing some of the most popular slot titles both for land-based and online casinos. The original In...
Moon Maidens Aristocrat Pokies Free Play Guide Moon Maidens is an Aristocrat free slot game which comes with an animal fantasy theme. On the reels, players get to encounter different types of animals as well...
Sheik Yer Money Free Slot Game & Guide Sheik Yer Money is a Middle East-themed slot game developed by Barcrest - SG Interactive. In this game, players are virtually transported to the Middle East. In...
Werewolf Wild Aristocrat Free Slots App Werewolf Wild is an iPad slot game developed by Aristocrat and you can play it for free fun or real money at several online casinos. It features an werewolf the...
Cash Wizard Bally Slots App Free Play Guide This is another game developed by the famous Bally Technologies. The game has a simple interface and it's a great Bally free slot app for your iOS device. It ha...
Tags: Barcrest free app, Barcrest free iPad pokies, Barcrest free iPad slots, Hercules High and Mighty slots,