Imperial Wealth is an oriental themed slot game from Konami which celebrates Chinese traditions, power and strength. For players to start playing Imperial Wealth, they need to set in motion the game’s five reels that come with 30 nonadjustable paylines.

This online slot is available to play both on the desktop and also on mobile devices for free or real dosh. Note that this game comes with a demo mode which allows players to try it for free before playing for real money. Another “Imperial” genre slot to try is the Imperial Palace game. 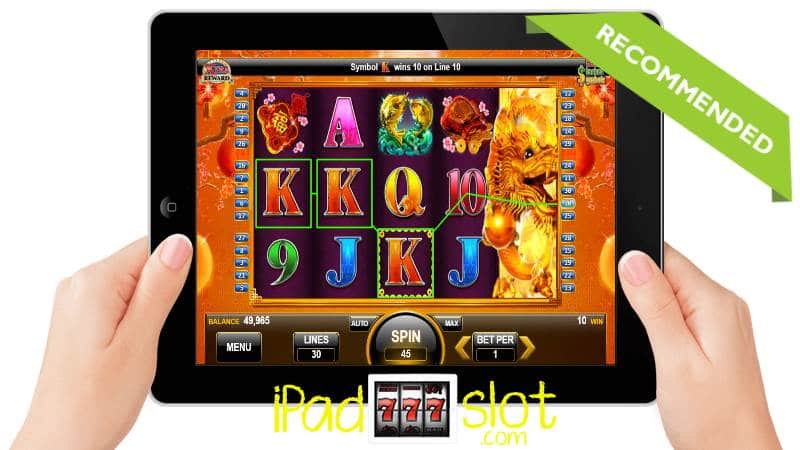 ** The Konami Imperial Wealth app and / or similar slot games may be available to play on your iPad, iPhone, Android, Windows device, PC or Mac. Just take a peek at our FREE GAMES PAGE HERE. **

The background of this slot depicts an orchard with juicy fruits and some lanterns brightening the whole area. The entire reel section is covered by a solid purple colour. 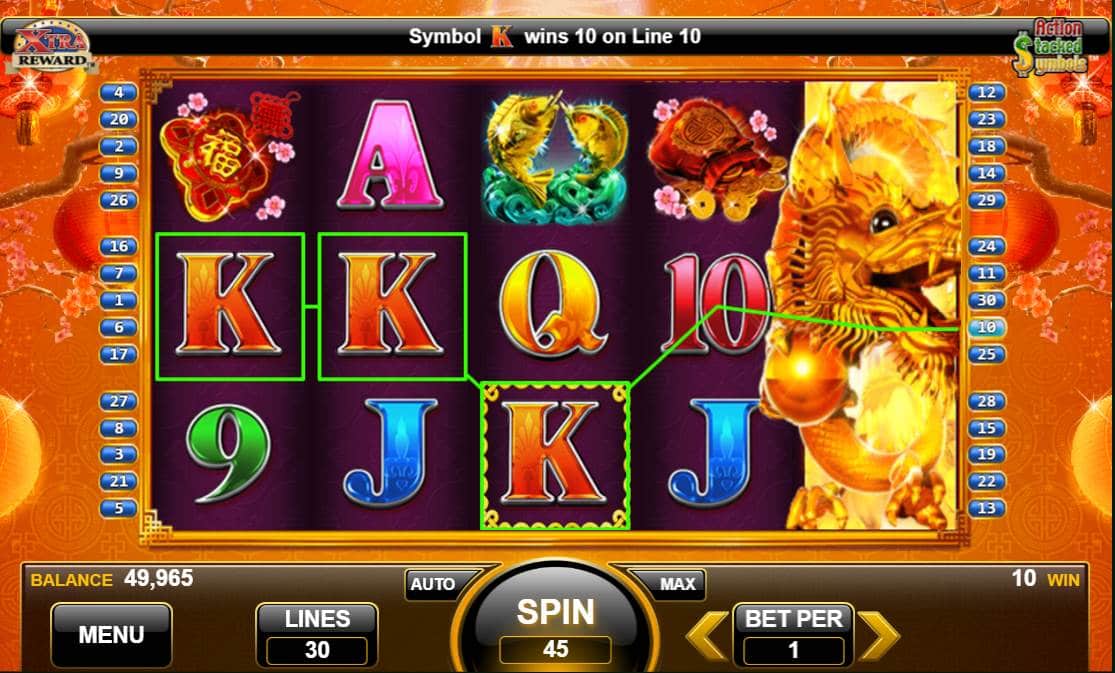 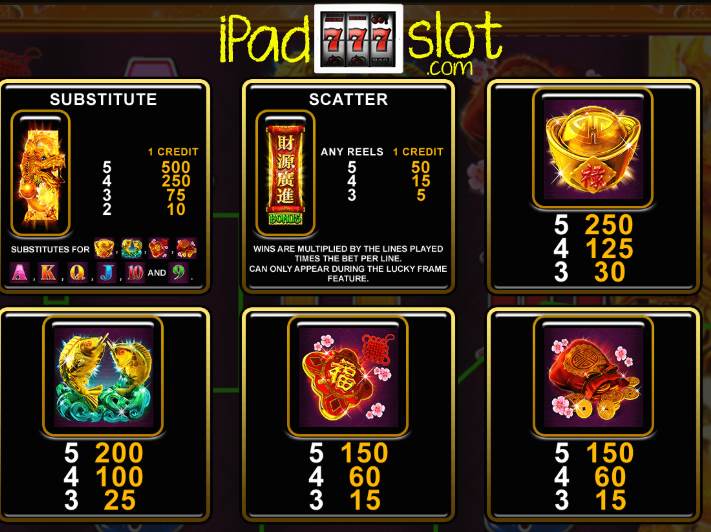 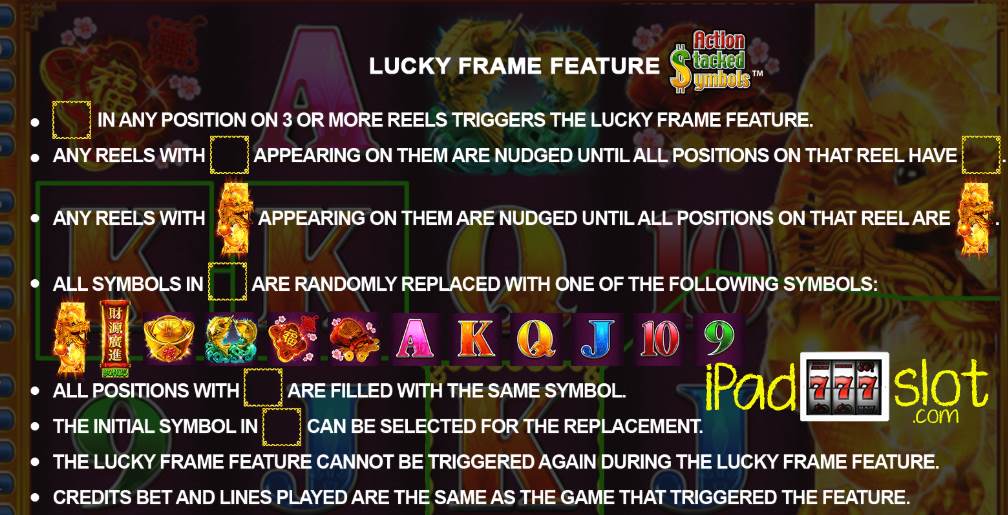 Imperial Wealth does not come with any new features but its game play is entertaining and absolving nonetheless. This slot gets a 7 point rating out of 10 points in our Konami iPad slot guides.

Fortune Falcon Slots app by Ainsworth Review Players looking to play this game can do so in either one of two modes, there is a progressive mode in which the player stands to hit a highly lucrative Platinu...
Chili Chili Fire Slots by Konami Guide Chili Chili Fire is another super iPad compatible slot game developed by Konami. The slot comes with a Mexican wedding theme so it's packed for of colours and f...
Dream Date Slot Game Guide Dream Date Slot Game Review Dream Date is an online slot which comes from Microgaming. This game comes with a dating theme as per the title. To start perfec...
Ainsworth Run With The Wolves Quad Shot App The title of this slot game easily reveals the theme behind the game i.e. this is a wolf themed pokies game. As players spin the reels of this progressive game,...
Mayan Riches Free Slots Game Guide Mayan Riches slots is a popular iPad game developed by IGT, which is based on a unique theme of the Red Indian culture. Game play wise, this slot contains 5 ree...
Da Vinci Diamonds Dual Play Free Version Da Vinci Diamonds Dual Play is a five-reel iPad slot game from IGT that gets 40 pay lines for the players to enjoy. The game has a 5x6 format that allows the pl...
Free 50 Dragons iPad & iPhone Pokies Game 50 Dragons is one of the most popular genres of online slot games that truly focuses on the mysterious east. This online slot game is developed by Aristocrat an...
Wicked Tales Dark Red Free Slot Game Guide Wicked Tales Drak Red is an online slot machine which comes from the Microgaming company. This online slot machine comes with a fantasy theme and as such, playe...
Mega Vault IGT Free Slots Guide When we hear of the word ‘vault’, our imaginations run wild because we know that the vault is where everything special is kept. Whether small or big, when one i...
Super Red Phoenix Free SG Slot Review Soar with the dragons and become one in this Bally - Scientific Gaming Interactive video slot game offering a number of exclusive features that is sure to excit...
Wings of the Phoenix Konami Pokies Game App Wings of the Phoenix is an online slot game developed by Konami whose main focus in this pokie app is on the legendary creature i.e. the Phoenix. The Phoenix is...
Castaway Pirates Free Ainsworth Slot Game Guide Castaway Pirates comes from the Ainsworth company. As players can deduce from the title of this online slot machine, Castaway Pirates comes with a pirate theme ...
Jade Tiger Ainsworth Free Slots App Jade Tiger is an Asian themed slot game with a particular focus on Asian animals including the tiger. When spinning the five reels of this Ainsworth powered slo...
108 Heroes Free Microgaming Slot Game Guide 108 Heroes is a Microgaming powered online slot machine that comes with a martial arts theme. Players looking forward to playing game can expect to see a thing ...
An Evening With Holly Madison Pokies Review NextGen has created a new and exciting themed video slot for iPad casino players that will surely entertain for hours. An Evening with Holly Madison is a 25 pay...
Aristocrat Birds of Pay Pokies app (free version... The Eagle bird symbolizes the American freedom. Taking this into account, this slot game features a theme that revolves around the classic American nature. Plus...
Microgaming Ninja Magic Free Slots App Guide Ninja Magic by Microgaming is a Ninja-themed iPad slot machine game which has some of the most entertaining bonuses and prize money rewards to be found at onlin...
Maltese Fortune Free IGT Slots Game Guide Many IGT powered slot game titles tend to tell the player of what to expect before they open the game. However, that’s not the case with this slot game as it ha...
Smash the Pig Free IGT Slot Guide Smash the Pig is an online slot from IGT which more or less follows the same script as that espoused in the title. This is to say that when playing Smash the Pi...
Fuzzy Fortune IGT Slots Game Guide Fuzzy Fortune is an animal themed slot game from IGT. The game features different kinds of animals on the reels that are looking to spit out huge rewards whenev...
Tags: Imperial Wealth Slots, Konami free app, Konami free iPad pokies, Konami free iPad slots,