In Bloom is a unique and light flower themed free iPad slot game app from IGT. The has gets 5 reels, 3 rows, and 40 pay lines and a host of bonus games and features to entertain the players. Here, the coin value can go from 1.00 to 20.00. The RTP is between 95.05% and 97.00%, which is alluring for the players NB: this % may change from game versions. 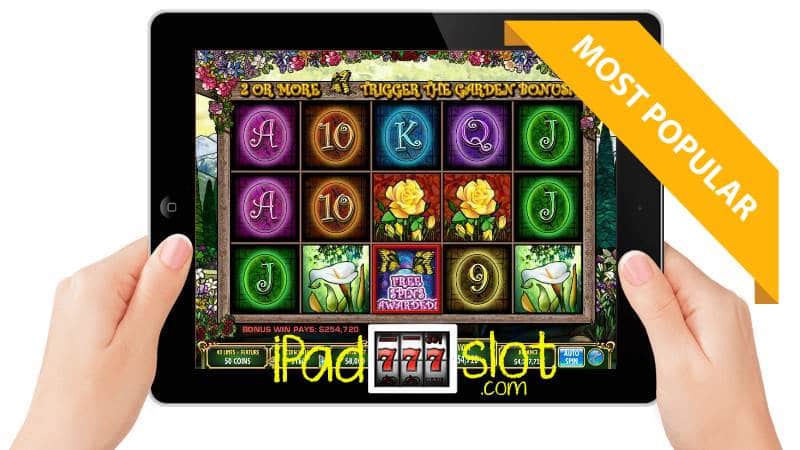 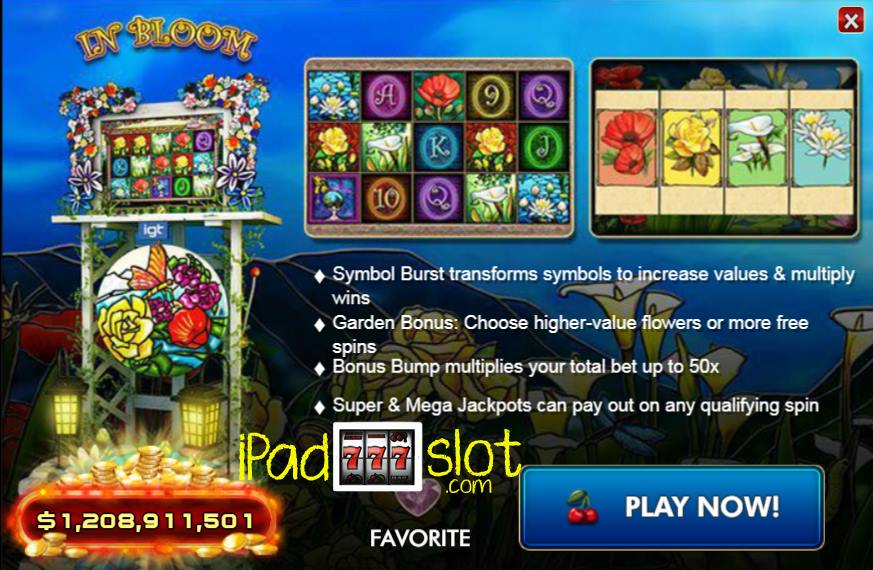 After any win in the reels, the flowers might transform into a cluster of more flowers. The winning amount would come up after this happens. 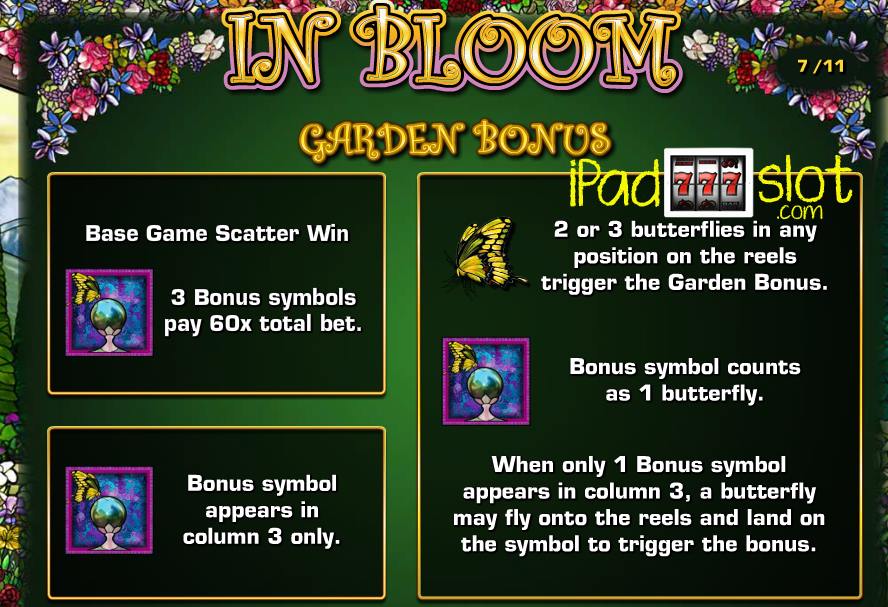 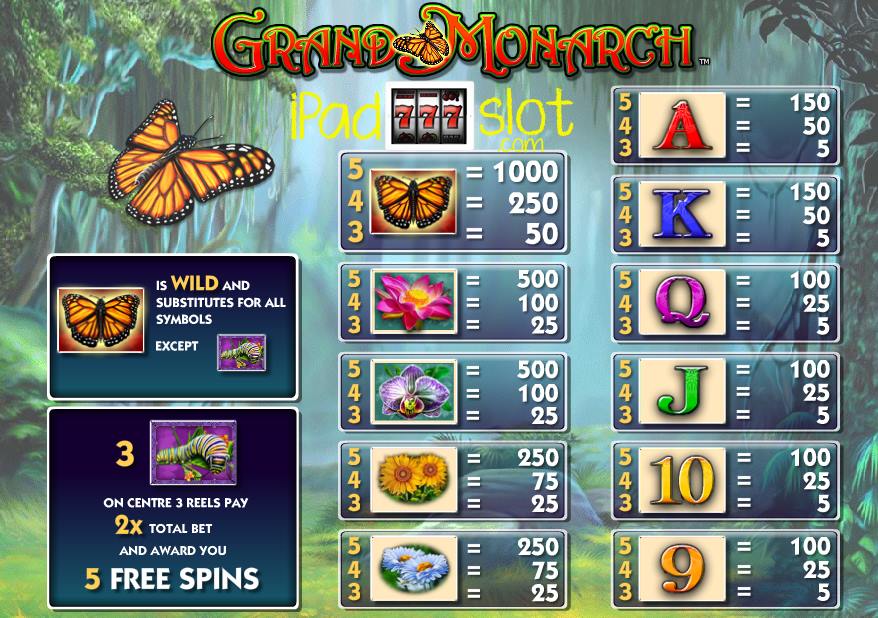 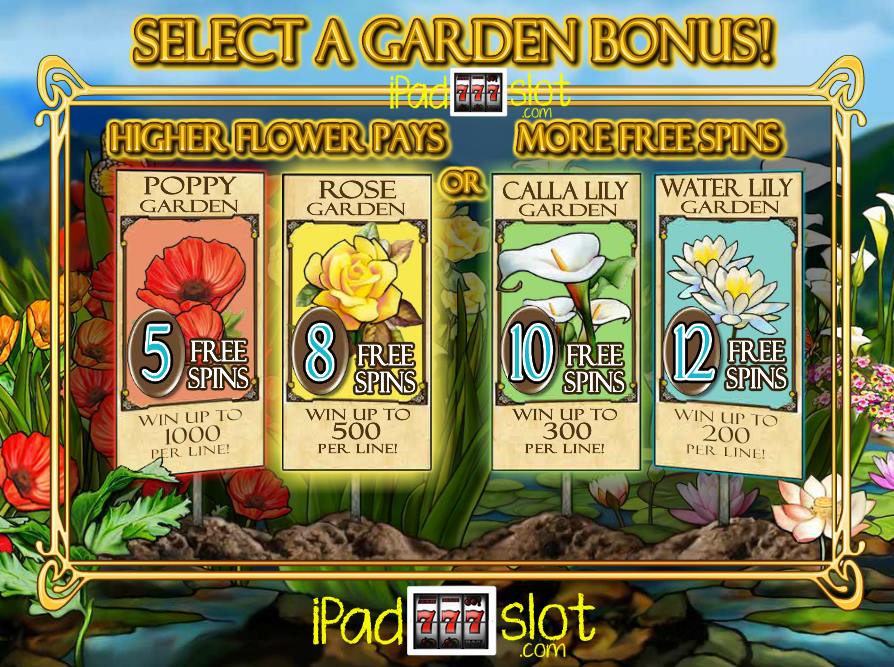 Summarizing In Bloom by IGT :

The game of In Bloom is a bouquet of features and bonuses that are not just as varied as ever but also can be full of great rewards if it’s your lucky day of course. It gets a cool 7.5 out of 10 for its innovative features so it’s a must play game if you get the chance. 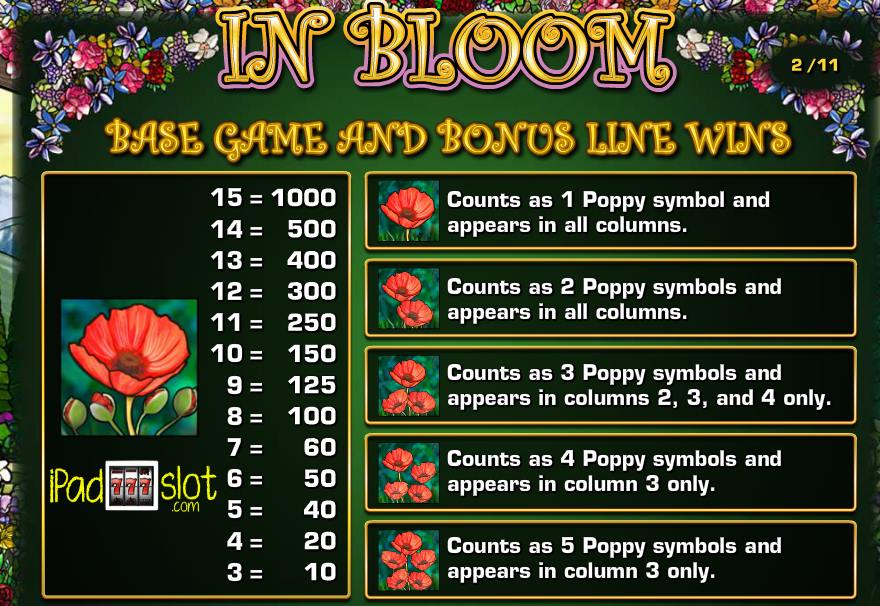 This game has been around for over 10 years in land casinos, it’s a IGT iPad slot that can be played for free at DoubleDown or for real bucks at our online casino directory with real money IGT casino pokies games.

Nice Video Preview of In Bloom Slots Below:

Ellen’s Dance Party Free Online Slot Game Ellen DeGeneres has had a massive influence on the American culture through her daytime Ellen DeGeneres talk TV show. Ellen seems to be best friends with all of...
Lucky Count Aristocrat iPhone Pokies app (free v... This game revolves around a dreadful Dracula character where the players will experience an eerie, spooky, & gripping adventure in this free Aristocrat iPho...
Blazing Goddess Lighting Box Games Free App Guid... Blazing Goddess is an online slot machine which comes from the Lightning Box stable of awesome pokies. This online slot machine comes with a Polynesian theme as...
Red Mansions Asian Themed IGT Slots App Guide Red Mansions is an Asian themed slot game from the IGT company. In this pokies game, players are taken on a virtual trip to the East where they get to view Asia...
King of Atlantis Free IGT Slot Game & Guide King of Atlantis is a Greek mythology-themed slot machine which comes from the IGT stable. All those who want to learn more about Poseidon, one of the 12 Greek ...
Mayan Riches Free Slots Game Guide Mayan Riches slots is a popular iPad game developed by IGT, which is based on a unique theme of the Red Indian culture. Game play wise, this slot contains 5 ree...
Bunny Eggs IGT Slots Game Guide IGT brings us this Easter themed slot where some cute little bunnies offer you a set of yummy Easter eggs, also some impressive rewards can be had while on your...
Cai Yuan Guang Jin Free Slot Game Guide The Chinese New Year is the most anticipated holiday in China. All year round communities and families are much consumed with their New Year preparations and wh...
Witches Gold Ainsworth Slot Game App Guide Witches are generally feared by society and are very popular characters at Halloween time, you may even know a witch, possibly your mother-in-law is one as you ...
Cash Spin Free Bally Slots App Game Guide Cash Spin Slots made by Bally is one of the most simple slot games out there, so make sure you grab the free Bally iOS or Android slot app and get playing. Ther...
Fire Light 2 Free Slots Game Review In ancient times, wisdom, courage and strength was a preserve for a select few. Not many people were ‘supposedly’ gifted with wisdom and as such, they had to ap...
Yokozuna Clash Free Slot Review The Yokozuna Clash Slot is set to be the ultimate battle of sumo wrestlers on the reels, with the lucrative chance of winning some handsome rewards. It is set i...
Aristocrat Cashman Fever Hot Chocolate Slot Free... Cashman Fever Hot Chocolate is an online slot machine which comes from the Aristocrat company. The title of this online slot machine does reveal all when it com...
Cluedo Who Won it? iPad Slots Free Play Guide Cluedo – Who won it? slot machine from IGT is an interactive suspense and crime themed game that is a cracker. It is based on a popular board game that goes by ...
5 Dragons Pokies Free Play & Game Guide Rev... In the 5 Dragons iPad pokies game from Aristocrat you can experience the might and majesty of these mythical reptilian creatures in one slot laden with eye cand...
Best Slot Machine Game Software for Your iPad or... Leading software developers create games which can be played on multiple casino platforms. New advances in web software, such as HTML technology has enabled cas...
Dragons Myth Slots by Rabcat Free Play Guide The Dragons Myth iPad compatible slot is powered by Rabcat software platform and features 5 reels and 20 paylines. It takes you on an exciting journey of a brav...
Wild Wolf Slots By IGT Free Play Guide Wild Wolf is a brilliant slot machine game, which displays some of the most stunning visuals of wolves and their lifestyles. Apart from this, the game consists ...
Smash the Pig Free IGT Slot Guide Smash the Pig is an online slot from IGT which more or less follows the same script as that espoused in the title. This is to say that when playing Smash the Pi...
Fortune Teller iPad Slot Machine Review Learn your fortune when playing a great video iPad slot from Net Entertainment. Fortune Teller is a game entirely based on fortune telling and with this game, t...
Tags: IGT free app, IGT free iPad pokies, IGT free iPad slots, In Bloom Free Slots,