Jackpot Reef Hunters is an online slot machine from Aristocrat comes with an aquatic theme. Instead of fishing for dinner, players in this slot game will be fishing for cash prizes or just some free coins depending on the version that you play.

To start one’s undersea themed adventure in this progressive slot game players need to do is to set in motion the game’s five reels that come with 5 paylines. Jackpot Reef Hunters is mobile friendly meaning that players are able to enjoy the game on their mobile devices like iPad, Samsung, iPhone, provided they run on Android or iOS. If like ocean themed slots you might want to check out the Novomatic Dolphins Pearl game. 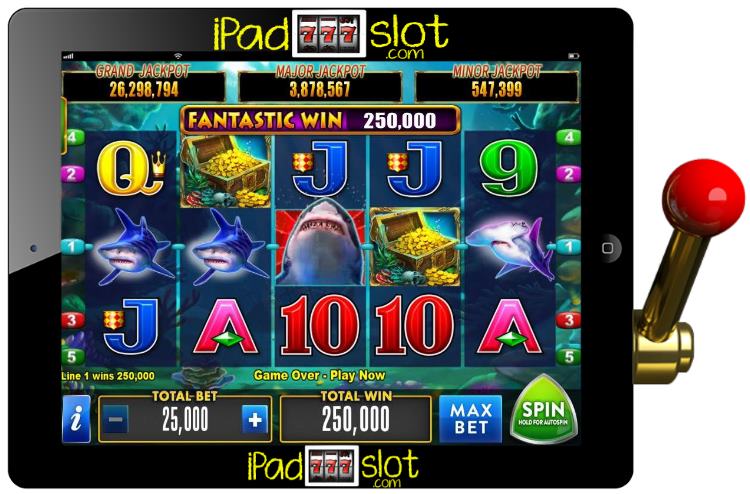 The background of this slot game depicts the ocean underground. The reel section is a bit transparent meaning that players will be able to see the background graphics as they spin the reels. 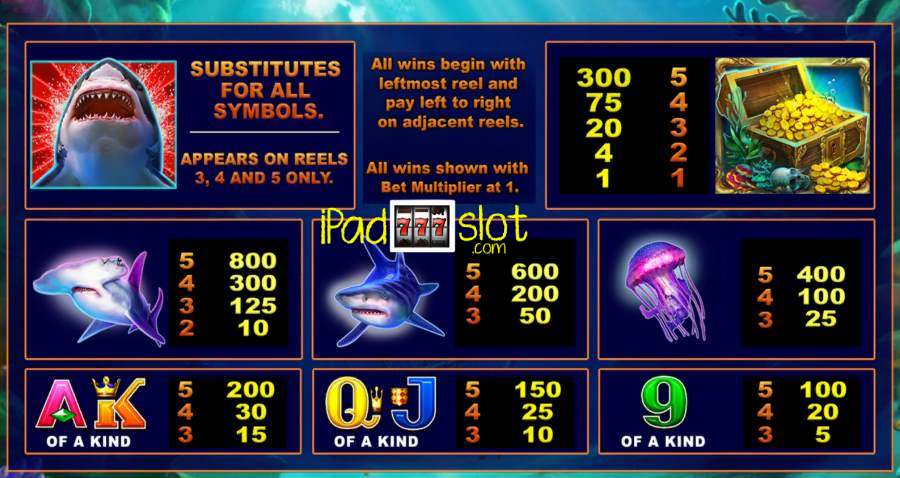 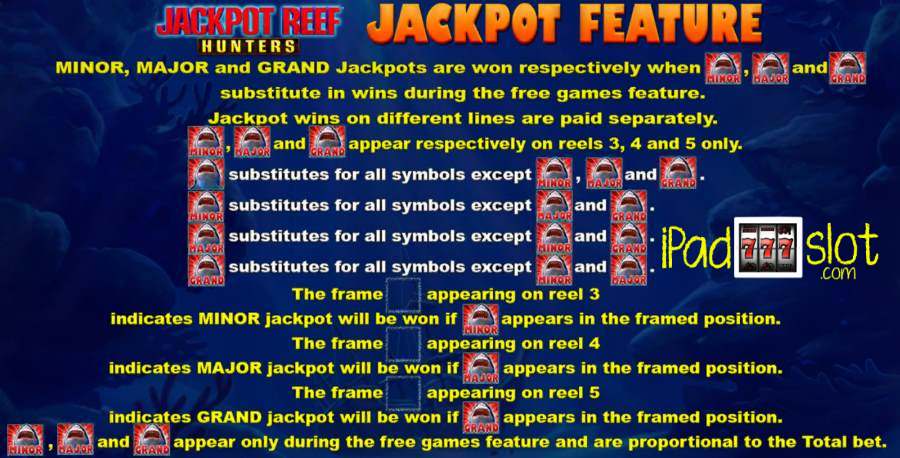 Jackpot Reef Hunters is a pretty simple and can be a highly profitable slot game to play thanks to the lucrative Free Games Feature as well as the Jackpot Feature if you manage to win them. Out of a 10 point rating, this Aristocrat free iPad slot game can be played for free at the Heart of Vegas casino and it gets an 8.5 point rating in our Aristocrat game guides
.

** It’s your lucky day today as the Aristocrat Jackpot Reef Hunters or similar slot machine games might be available to play for free on your iPad, iPhone, Android, Windows device with or without an app, or on your PC or Mac. Just take a peek at our FREE games page here. **

Dolphin Dice Free Ainsworth Slots App Guide Dolphin Dice is an ocean themed slot game from the Ainsworth stable of fine pokies machines. This is an innovative game, during the bonus rounds as the player i...
Ancient Gong Slots by GameArt Review This 5 and 3 reels and rows game helps to bring the old vibe back to players. The Charm of Asia with a Buddha theme is used in this iPad compatible slot game qu...
Fu Nan Fu Nu Free AGS Slot Game Guide The oriental theme is one of the most popular genres among slots players. Its crystal clear to see the reason why this is the case as the oriental theme allows ...
Barnyard Bonanza by Ainsworth Free Play Guide Are you ready to explore an action-packed iPad slot game that features the primary theme of a bustling animal farm? Well, if yes then "Barnyard Bonanza" will fu...
Choy Sun Doa Slots Free Play Guide Choy Sun Doa features to be the finest slots that is developed by Aristocrat with Asian flavours in the theme. The name of this game literally means "God of Pro...
Dancing Drums Shuffle Master Free Slot App Dancing Drums is a exciting and colourful Asian themed iPad slot game app from the SG Interactive stable of Shuffle Master games. With the symbolic red and gold...
Dragon Emperor Free Play Aristocrat Slots Guide Are you ready to embark an exclusive gaming adventure by exploring the hidden treasures of the mysterious Dragon Emperor? Well, if yes, then the Aristocrat "Dra...
Wolf Run Slots Game By IGT Free Play Guide Wolf Run is a Wolf-themed slot game from IGT. The game has 5 reels and 40 pay lines. The players can get to bet on a minimum coin size of 1 and this can go up t...
Must Play Free Slots for the iPad Mini This game is our most popular slot for players with an iPad Mini. Best of all it can be played for free fun. The Cash Cave, powered by Ainsworth Gaming Technolo...
GameArt Guardian Lion Slots Review With rows of 3, reels of 5 and pay lines of 10 in total, this game is worth playing for all iPad slot casino lovers. The pay lines are fixed, and it cannot be c...
Dungeons and Dragons Treasures of Icewind Dale S... Icewind Dale is a mystical snowy land with hidden treasures. It forms the setting for IGT’s Dungeons and Dragons Treasures of Icewind Dale slot machine. In this...
Golden Wolves Konami Slots Guide Golden Wolves is an animal themed iPad slot game powered by Konami. This game takes the player inside an arctic forest where there are lots of wolves, eagles, a...
Big 5 Safari Slots by IGT Free Game Guide A trip to Africa would not be complete if you don’t visit Serengeti or any other great African plain where you get to catch a glimpse of the Big 5. For those wh...
Legend of Shangri La Online Slot Guide The Legend of Shangri La is a NetEnt slot game, which has a unique cluster pays ways to win along with 6 reels. With the main game theme based on monks and Budd...
Rainbow Riches Free Barcrest Mobile Slots App This SG Interactive Barcrest powered slot game stays true to its title, well mostly as long as you get a wee bit of Irish luck of course:) The game is inspired ...
Frankenslot’s Monster Preview A time comes when a developer releases a high quality slot machine to compete with other new slots. Frankenslot’s Monster evidences that this time came for Bets...
Arctic Dreaming Free Slots Game Guide In this Aristocrat powered slot game, you get to visit the Arctic region and experience how it feels to survive in extremely cold regions that themed into the g...
Fu Star Free Lightning Box Free Slot Game App Fu Star is an online slot machine which comes from the Lightning Box stable. This online slot game comes with an oriental theme and as such, when spinning the r...
The Legend of Big Foot Free Barcrest Slots Guide Legend has it that in years gone by (and still to this day), there is a huge creature named Big Foot or Sasquatch who roams around North American forests. In a ...
Shogun Land by Habanero Slots Review Shogun Land by Habanero is a cracker iPad slot machine game by this relatively new developer company. The game is based on the Japanese traditional culture, and...
Tags: Aristocrat android slots free, Aristocrat free Android slot app, Aristocrat free iPad pokies, Aristocrat free iPad slot app, Aristocrat free iPad slots, Aristocrat free iPhone slot app, Aristocrat free pokies, Aristocrat iOS free slot app, Aristocrat ipad pokies free, Aristocrat iphone pokies free, Aristocrat iphone slot free, Aristocrat pokies app free, Aristocrat slot app free, Aristocrat social pokies, Aristocrat social slots. Aristocrat android pokies free, Free Aristocrat app, Jackpot Reef Hunters,