The Legend of Shangri La is a NetEnt slot game, which has a unique cluster pays ways to win along with 6 reels. With the main game theme based on monks and Buddhist culture, the game features animal characters in the main fray.

The Legend of Shangri La has perhaps one of the best graphics from a slot’s perspective with a wonderful background music complementing to the theme. 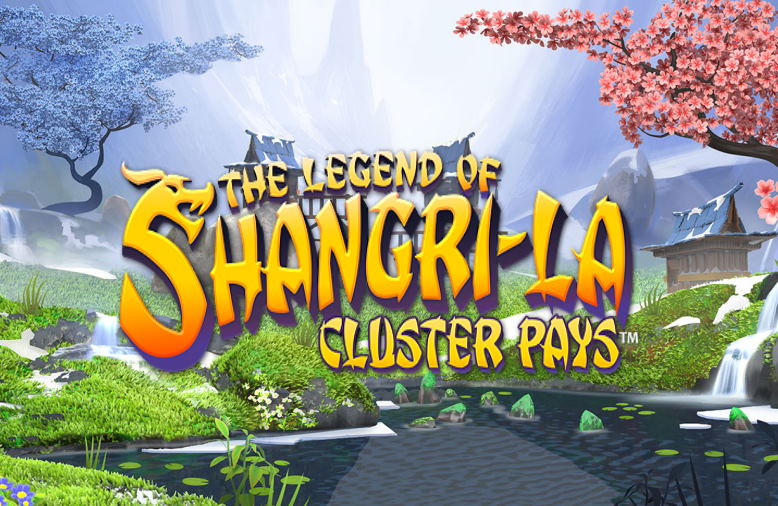 The characters of the game are based on animals and a mixture of Japanese and Buddhist culture featuring monks and monasteries. 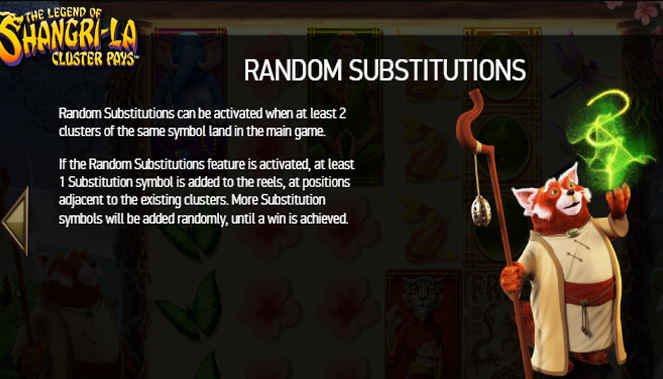 The Legend of Shangri La is a good game developed by NetEnt, who has unlocked newer versions of slot machine payouts by the means of cluster payouts. With some winning features such as random substitutions, re-spins, the game is fun to play overall.

Sugar Pop iPad Slot Game Review and Free Play Those that are already addicted to Candy Crush will be thrilled with this new slot game from Betsoft. Sugar Pop is a 3D slot game that is one of the most colour...
Top Spot Barcrest Slots Free App Top Spot is an XOX themed iPad slot game developed by SG Interactive and it's from the Barcrest pokies studio. This online slot machine app does not differ much...
Ellen’s 12 Days of Giveaways Free Online S... This is a XMAS holiday-themed slot game from IGT which borrows all of its features from the annual, ‘Ellen’s 12 Days of Giveaways’ shows where the iconic talk s...
Aristocrat Wild Fortune Serengeti Stampede Slot ... Wild Fortune Serengeti Stampede is a progressive online slot that is powered by Aristocrat. The mere fact that is a progressive game makes it a great propositio...
Magic Portals iPad Slots Review Get ready to embark on a fantastic fantasy adventure with Magic Portals iPad slot from NetEnt. With this perfectly designed game, players will have access to am...
Gold Stacks Golden Seas Free Aristocrat Pokies Gold Stacks Golden Seas is an jackpot online slot machine which comes from the Aristocrat company. This free game comes with an ancient royal theme. Gold Stack...
Star Lanterns Free IGT Slots Game Guide Star Lanterns referred to as the MegaJackpots Star Lanterns and this is not an exaggeration. IGT gaming company is behind this slot game whose jackpot can run i...
Cash Cave Ainsworth Free Slots App Guide Cash Cave is an online slot game from Ainsworth which comes with an cracker animal theme. From the title alone, not many players would guess that this slot game...
Ocean Magic IGT Free Play Slots Game The title of this IGT powered game does reveal to the player what this game is all about. Ocean Magic is an aquatic themed slot game which takes place in an und...
Reel King Novomatic Slots Free App Guide Reel King is a fruit themed slot game which was developed by Novomatic who are one of the most popular slot machine companies in Europe. As most other fruit-the...
Free Play Lightning Blast Sunset Ace Slot Guide Lightning Blast Sunset Ace is an Aristocrat powered free online slot machine. Falling under Aristocrat’s massively popular ‘Lightning Blast’ series of awesome p...
Phoenix Princess GameArt Free Slots Review The Asian themed Phoenix Princess is an engaging iPad slot from GameArt. The 5 reels and 20 pay lines game has a layout that helps in playing the bonus feature ...
1421 Voyages of Zheng He Free IGT Slot Game Guid... The number eight is commonly considered to be lucky in the Chinese culture, so that’s why it’s referenced multiple times inside the game. Anyways, here are some...
Whales of Cash Deluxe Free Slots This is an ocean-themed slot game powered by Aristocrat which stays true to its title in a big way. All the action in this slot game is primarily focused on the...
The Love Guru Online Slots Game Guide The Love Guru is a themed video slot that is presented by iSoftBet. This game is based on a popular movie from 2008 starring Mike Myers as Guru Maurice Pitka an...
Samba De Frutas Free Play iPad Slots Samba De Frutas is one of the popular IGT creations. This game provides a wonderful theme, which sports the South American culture of Samba Dance, and the chara...
Super Times Pay by IGT Free Slots Guide Super Times Pay is a popular online slot machine game developed by IGT and is iPad compatible. This game provides a virtual trip to the famous Las Vegas, the mo...
Dragon’s Law Free Slots App by Komani Guide Dragon’s Law is an Asian themed slot game developed by Konami aimed at quenching the unending thirst of Asian genre slot games among players. This Asian themed ...
Portomaso Gaming Sushi Booshi Mushi Free Slots R... Sushi Booshi Mushi, no it is not a Japanese recipe if that's what you are thinking and it's a mouthful of a game name that's for sure. Instead this is a recipe ...
IGT Fishing Bob Free Slots Guide As you can deduce from the slot title, this IGT powered iPad compatible slot is all about fishing. You need to join Bob on his fishing adventure if you want to ...
Tags: Legend of Shangri La,