The Lion Festival Boosted Celebration is an Asian themed slot game from the Konami stable. This online slot game pays tribute to the Lion Dance, a festival that’s celebrated in Asian countries at the start of the New Year.

During this festival, several statues of animals that symbolize good fortune are paraded such as dragons and lions; these animals also feature in this game. To start your adventure in this slot game, you have to spin the game’s five reels that come with 30 fixed paylines. The RTP stands at 96.28 percent but this may change depending on the game version you play.

** The Konami Lion Festival Boosted Celebration app and / or similar slot games may be available to play on your iPad, iPhone, Android, Windows device, PC or Mac. Just take a peek at our FREE GAMES PAGE HERE. **

The background of this slot game depicts a playground that has some high flying balloons. The reel section is covered by a white colour. 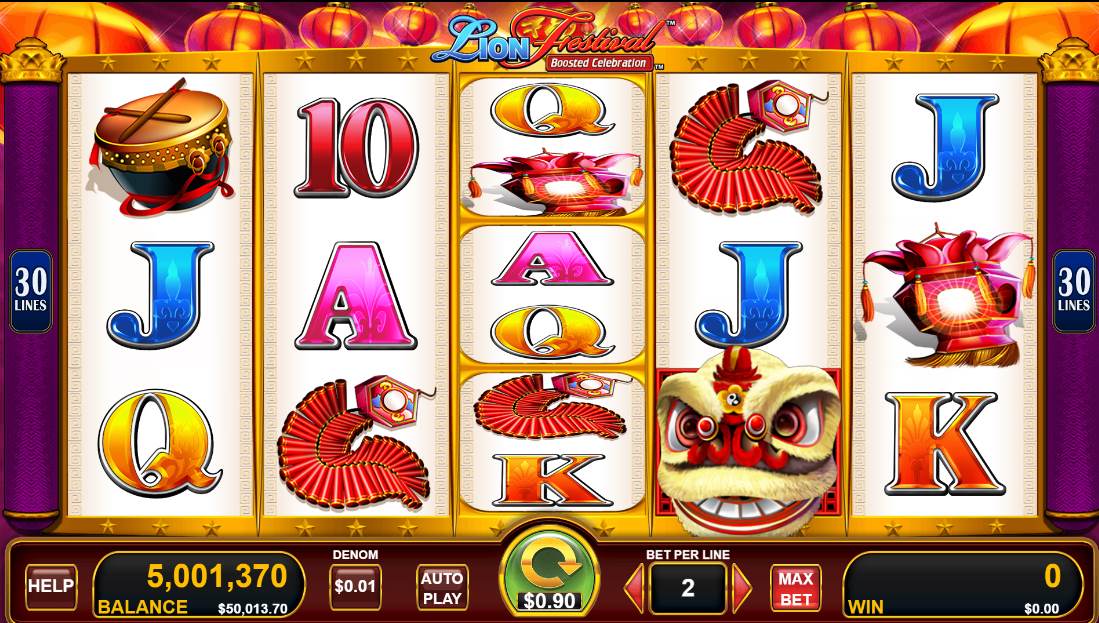 This feature is activated when the player triggers the free game feature and opts to play the Super Free Game. For every five free games, the player receives one super free game. However, the beauty of a super free game is that it comes with 7x, 12x and 18x multipliers applied to the player’s current line bet. Its possible to trigger more free games when playing this feature. 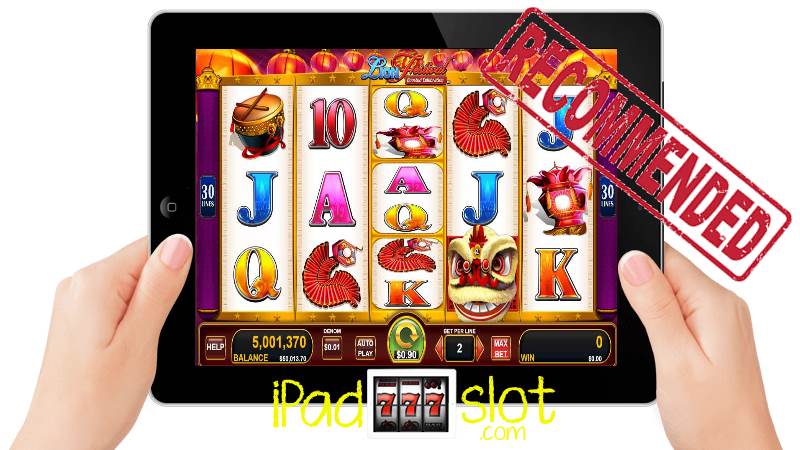 Lion Festival Boosted Celebration is an entertaining game which comes with a unique and lucrative free game bonus feature. This slot gets an 8.5 point rating out of 10 points and it’s one of the best Asian genre Konami iPad slots that we have played thus far.

Solstice Celebration Slots Game Review Solstice Celebration is a bright summer themed slot game developed by Konami. Players who are looking to play this slot game can do so either on the desktop or on mobile devices pr...
Konani Free Slots App Lotus Land Review Lotus Land is an oriental themed slot game developed by world-renowned Japanese game developer Konami. The primary focus of this slot is on animals that are widely revered in Asia ...
Konami China Mystery Slots App Game Guide Asian themed slot games are a favourite of many and in an attempt to provide even more great oriental themed games to casino players, Konami has developed this Asian themed game wh...
Rawhide Slots by Konami Free Play Version Rawhide is a western themed iPad compatible slot game from Konami which can be played for free or real cash at our select casinos. Though this game comes with the same title of the...
Dragon’s Law Free Slots App by Komani Guide Dragon’s Law is an Asian themed slot game developed by Konami aimed at quenching the unending thirst of Asian genre slot games among players. This Asian themed slot game primarily ...
Konami Sparkling Roses Slots App Guide Sparkling Roses is a western themed slot game designed by Konami who are just one of the best companies that produce free and real money mobile pokies apps. Players who want to pla...
Heart of Romance Free Konami Slots Guide Heart of Romance is a love themed slot game developed by Konami. Players who are looking to start playing this slot game will need to set in motion the game’s five reels that come ...
Konami Wonder Rose Free Slots App Review Wonder Rose is a free or real money enabled fairytale themed iPad slot game which comes from the Konami app stable. In this game, players meet a beautiful lady who lives in a seren...
Golden Wolves Konami Slots Guide Golden Wolves is an animal themed iPad slot game powered by Konami. This game takes the player inside an arctic forest where there are lots of wolves, eagles, antelopes, buffalos a...
Roman Tribune Konami Free Slots App Guide Roman Tribune is an ancient Rome themed iPad slot game by Konami. The main focus of this game is on the tribunes, this special group that’s was tasked with overseeing discipline am...
Chili Chili Fire Slots by Konami Guide Chili Chili Fire is another super iPad compatible slot game developed by Konami. The slot comes with a Mexican wedding theme so it's packed for of colours and fun. As you would exp...
Gypsy Fire Konami Slots Game Guide Gypsy Fire is a slot game powered by Konami which as you would expect comes with a cracker gypsy theme. Gypsy Fire is a mobile-friendly game that you can access and play on any ...
Volcanic Rock Fire Twin Fever Konami Slot Free Pla... Volcanic Rock Fire Twin Fever is a free online pokies machine which comes from the Konami company. This slot comes with a mystical theme which is brilliantly accentuated by the exq...
China Shores Free Play Slot by Konami If you are looking for an oriental-themed free iPad slot game, then Konami's China Shores will be an excellent choice for you. This pokies game, its five reel game matrix, a pletho...
Konami Fortune Stacks Free Play Review Fortune Stacks is an exciting free iPad slot game that is developed by Konami and it represents a Chinese cultural theme. For example, this slot game features various symbols that ...
Wings of the Phoenix Konami Pokies Game App Wings of the Phoenix is an online slot game developed by Konami whose main focus in this pokie app is on the legendary creature i.e. the Phoenix. The Phoenix is a creature which fe...
Tags: Konami free app, Konami free iPad pokies, Konami free iPad slots, Lion Festival Boosted Celebration slots,