Mad Cubes 25 is a fun slot machine game by Zeus Play, which gives the players one of the unique feel of playing just with dice combinations. With 25 paylines and 5 reels, this is a challenging game by all means in our testing we did not get many wins that’s for sure. You may have better luck though 🙂

Since the game is based on varied types of dices, the payouts and slot layout comprises different colored dices with impressive payouts. 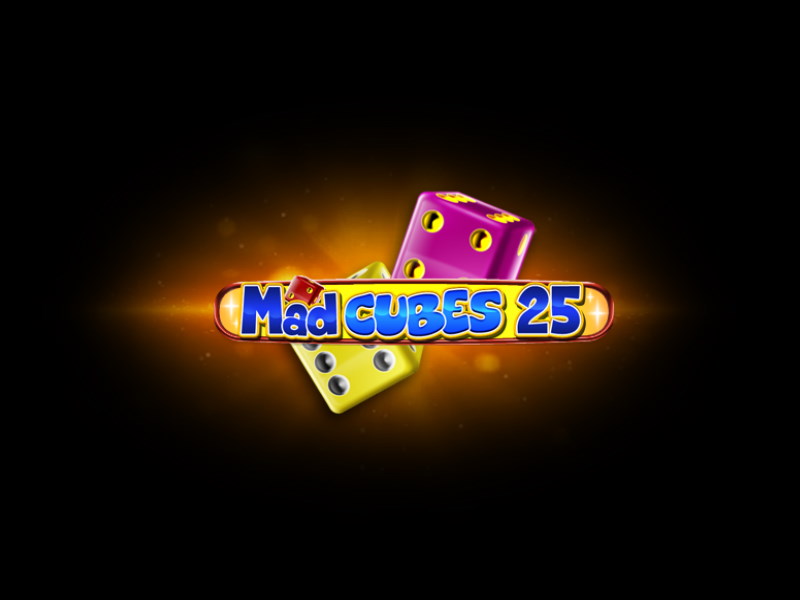 Right like the theme, the reel symbols consist only dices of different valued payouts and unlike other slot machine games, there are no varied payouts in symbols. 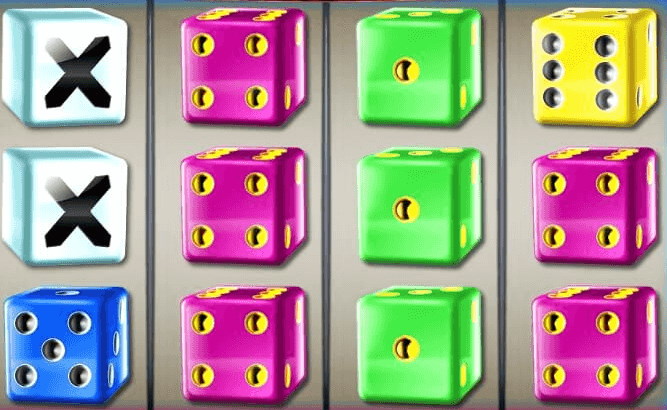 Base game symbols and pays 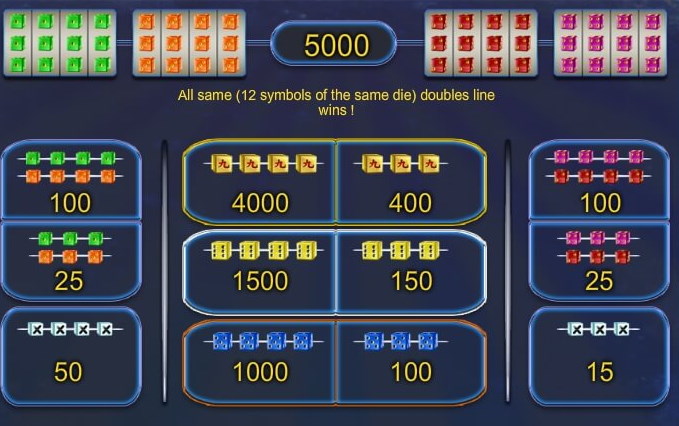 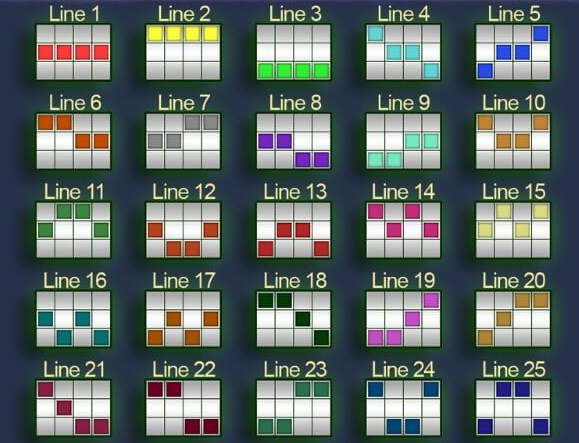 Mad Cubes 25 slot provide an out-of-the-box experience in the world of online casino games and does not contain fancy character-based payouts. Instead, the cubes forms a main ways to win vibe of the game.

Zorro the Tale of the Lost Gold Review & Fr... Did you know the character, "Zorro" one of the most popular heroes in Mexican and American folklore that has been themed into movies, comic books TV shows and g...
Konami Wonder Rose Free Slots App Review Wonder Rose is a free or real money enabled fairytale themed iPad slot game which comes from the Konami app stable. In this game, players meet a beautiful lady ...
Aristocrat Mighty Cash Outback Bucks Free Pokies... Mighty Cash Outback Bucks is an slot machine powered by Aristocrat. This game is the latest one in the ‘Mighty Cash’ slots series that is very popular both onli...
Rival Gaming Japan-O-Rama Free Slots Game The Japan-O-Rama iPad compatible slot machine game by Rival Gaming is a perfect fusion mixture of modern and ancient gaming structure. The game has characters a...
White Wizard Free Play Slots Game Guide White Wizard is a aweome fantasy genre iPad compatible slot game from the Aristocrat stable. The game is inspired by the tales of witches and wizards. Though wi...
Top Spot Barcrest Slots Free App Top Spot is an XOX themed iPad slot game developed by SG Interactive and it's from the Barcrest pokies studio. This online slot machine app does not differ much...
Sword of Destiny Bally Free Slot Game Sword of Destiny is a mythical themed slot game in the Bally Studio developed by SG Interactive. When playing this online slot game, players can expect to meet ...
10 Great IGT Free or Real Money iPad, iPhone ... When it comes to game developers, there are few (if any) that are more accomplished than IGT. This company was established all the way back in 1975, since then,...
Sweet Skulls Sweet Daybreak Free Slots Guide Sweet Skulls Sweet Daybreak is a three level progressive slot game from Aristocrat. This is a mariachi-themed slot which comes with five reels and 80 paylines. ...
IGT Shamrockers Eire To Rock Free Slots Game Gui... IGT got in sync with modern players needs when they released Shamrockers slot machine. It is a cool 5 reeled machine that features 20 fixed paylines. It is musi...
China Shores Free Play Slot by Konami If you are looking for an oriental-themed free iPad slot game, then Konami's China Shores will be an excellent choice for you. This pokies game, its five reel g...
African Simba Free Novomatic Slot Game Guide Africa is a beautiful continent that’s blessed with a lot of thick forests, stunning mountains, vast stretches of plains, magnificent waterfalls and above all, ...
Witches Gold Ainsworth Slot Game App Guide Witches are generally feared by society and are very popular characters at Halloween time, you may even know a witch, possibly your mother-in-law is one as you ...
Jewel of the Arts IGT Slots Game Guide Jewel of the Arts is a Japanese slot game developed by world renowned game developer IGT. The primary focus of this game is exploring the artistic side of Japan...
Orange is the New Black Free Online Slots Game G... Orange is the New Black is a hugely popular Netflix TV series that has been running since 2013. This comedy drama series is rated a big 8.3 on IMDb, we get to s...
Fat Choy Choy Sun Online Slot There is a saying which states that too much of anything is bad. Ardent believers of this saying state that too much of food can be a bad thing – well, this is ...
Dragon Emperor Free Play Aristocrat Slots Guide Are you ready to embark an exclusive gaming adventure by exploring the hidden treasures of the mysterious Dragon Emperor? Well, if yes, then the Aristocrat "Dra...
Reel Riches Fortune Age SG Slot Free Play Guide Reel Riches Fortune Age is an Chinese themed slot game which is part of the ‘Reel Riches’ slots series. Like other ‘Reel Riches’ slot games, this game is powere...
Konami China Mystery Slots App Game Guide Asian themed slot games are a favourite of many and in an attempt to provide even more great oriental themed games to casino players, Konami has developed this ...
In Bloom Free Slots by IGT Guide In Bloom is a unique and light flower themed free iPad slot game app from IGT. The has gets 5 reels, 3 rows, and 40 pay lines and a host of bonus games and feat...
Tags: