This slot game chronicles the life of a biker particularly the one who rides on the different Harley Davidson bikes. Without wasting much of your time, let’s jump straight into the details of this five reel and 30 payline slot.

IGT rarely disappoints when it comes to graphics and this is exactly the case with this slot game. This game’s background showcases a blurry road (presumably the rider is riding at the maximum speed limit as you would 🙂 ). The reels of the game are transparent meaning players will be appreciating the incredible background graphics throughout their gaming adventure. 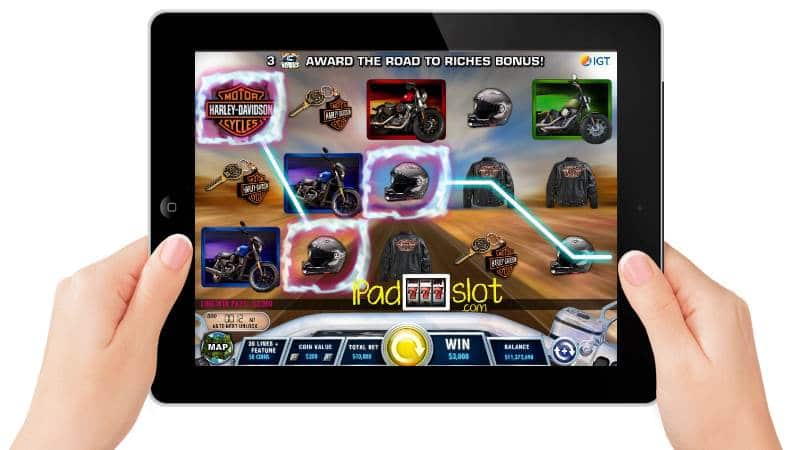 ** The Motor Harley Davidson Freedom Tour IGT slot machine may be available to play for free or real bucks on your iPad, iPhone, Android, Windows device, PC or Mac. Just take a look at our online casino guides here. **

Symbols that players will find on the reels include different coloured Harley bikes, a leather jacket, a helmet and some Harley keys. 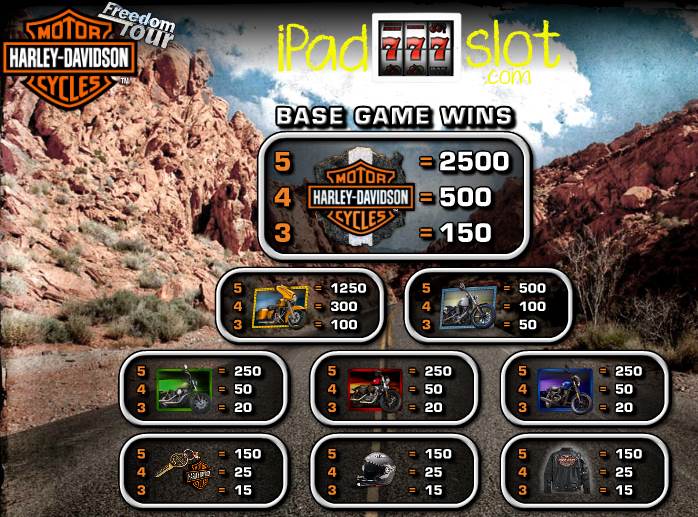 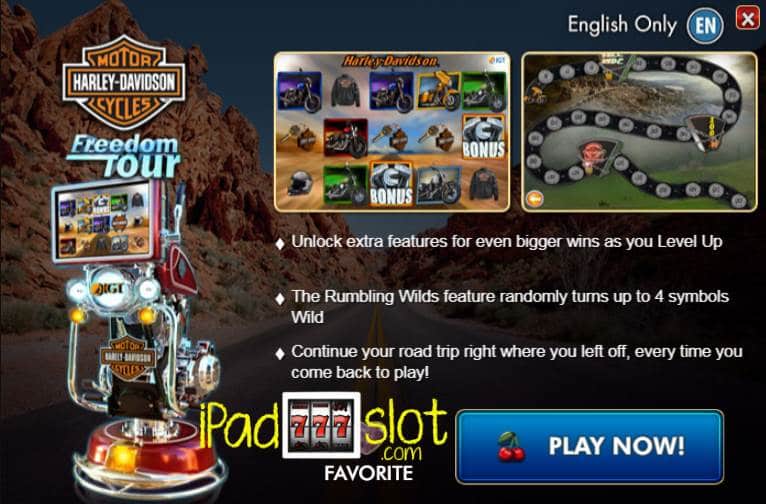