Pocket Games Soft in recent times has embarked on a drive to launch jackpot versions of its most popular online slot machines. One of such games is Mythical Treasure Jackpot which offers players the opportunity to hit some lucrative jackpot prizes – you can play this game for real money at our top rated online casinos.

Their is another version of Fortune Gods and it has no jackpots in the game.

Supporting a wide variety of languages ranging from English, Korean, German, Thai, French, Japanese, and Portuguese amongst many others.

The oriental-themed Mythical Treasure Jackpot is a great proposition for players from every corner of the world. This cracker pokies game has five reels and 15 paylines of Asian vibes. 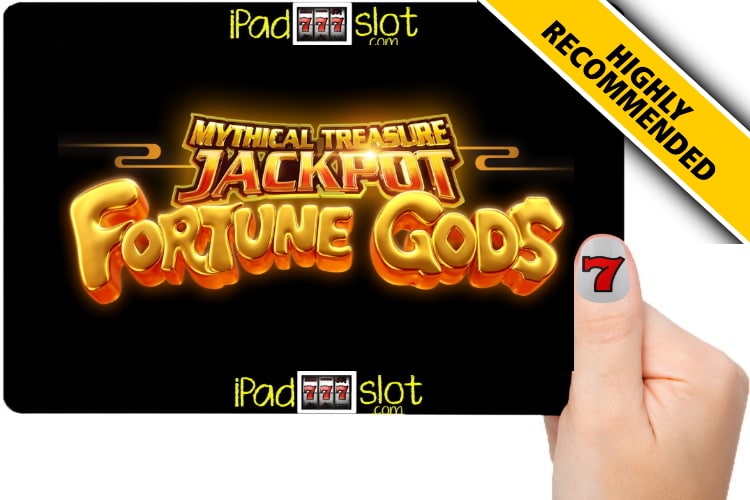 **The Mythical Treasure Fortune Gods Jackpot slot machine and/or many other games can been enjoyed today on your iPad, iPhone, Android or a PC for free at our FREE mobile slot games page here. **

The backdrop of this online slot machine depicts a brightly shining sun acting as the background graphics. The reel section is covered with a solid purple colour.

The symbols that players will encounter when spinning the five reels of Mythical Treasure Jackpot slot game include the lion, firecrackers, the red ball, and traditional poker symbols.

BASE GAME SYMBOLS AND PAYS 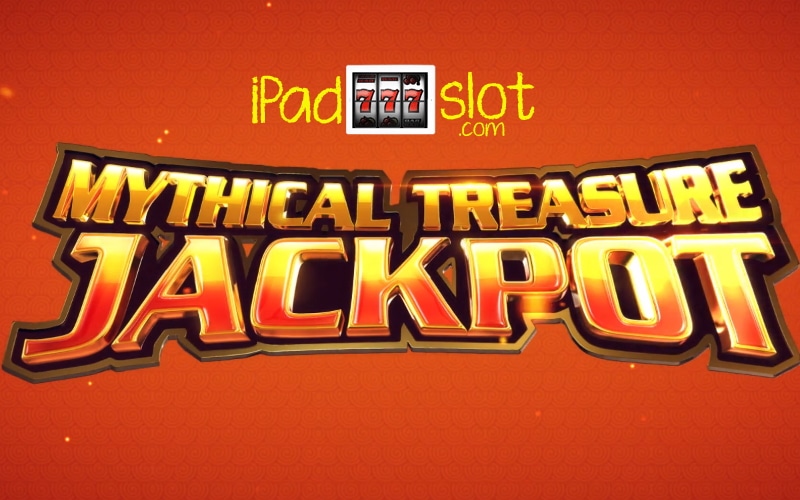 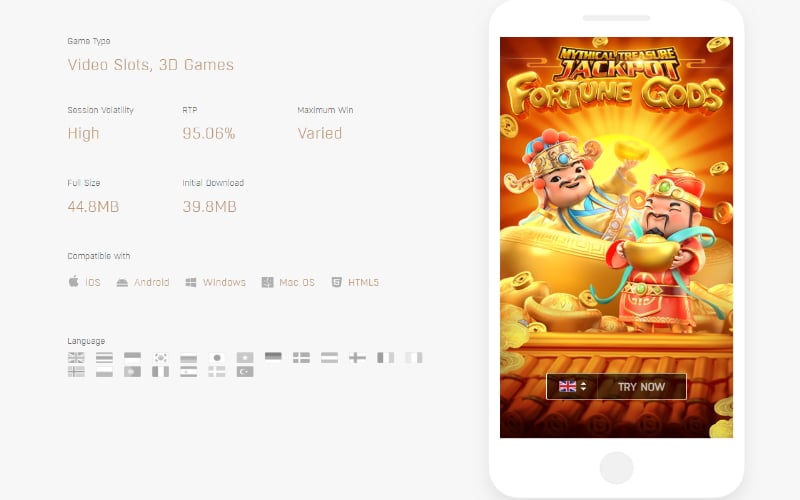 Mythical Treasure Jackpot is a high volatility online slot machine. The game is pretty much similar in terms of gameplay and features to other PGsoft powered jackpot games such as Fortune Gods Jackpot and Dragon Legend Jackpot games. The RTP stands at 95.06 percent and it’s pretty decent overall to play.

Prosperity Lion PG Soft Online Slot Review PROSPERITY LION QUICK START GUIDE One of the most celebrated Asian Emperors; Jiang Nan once narrated one of his dreams. In his narration, he said that a huge l...
HONEY TRAP OF DIAO CHAN FREE SLOT REVIEW Just like many continents, the Asian continent has had its own fair share of wars many dynasties were overthrown while new Emperors emerged. As a way of affordi...
Dragon Legend PG Soft Free Slot Guide Dragon Legend is a PGsoft powered online slot machine that’s based on two of the symbolic creatures in Asian culture, that is, the koi and the dragon. DRAGON L...
Fortune Gods Free PG Soft Game Guide Fortune Gods is a PG Soft powered online slot machine that comes with a terrific Chinese and oriental theme. This is one of the greatest Asian themed pokies to ...