Nordic Heroes is a unique game developed by IGT, which focuses on fantasy warfare along with having a layout, which closely resembles pokers. The game layout is completely relative, and the character-picking feature and team switching options are some of the slot features available to play in the game. This game is very popular with Norway (real money) online casino slot players for obvious reasons due to it’s awesome theme.

Slot wise this comes with 5 reels and 30 paylines and a competitive RTP of 96.84% as reported (this many change). 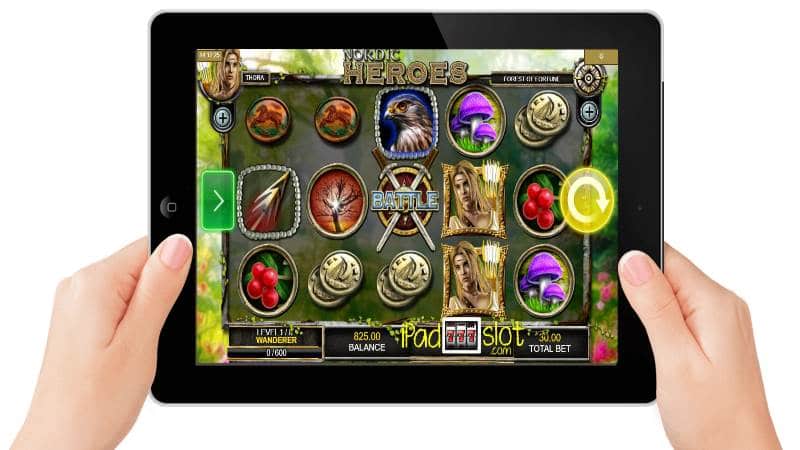 This game is specifically designed for those, who ponder upon the saviors of Scandinavian regions and the game offers level-by-level progress. It allows a great chance of scoring higher stakes with the offers. 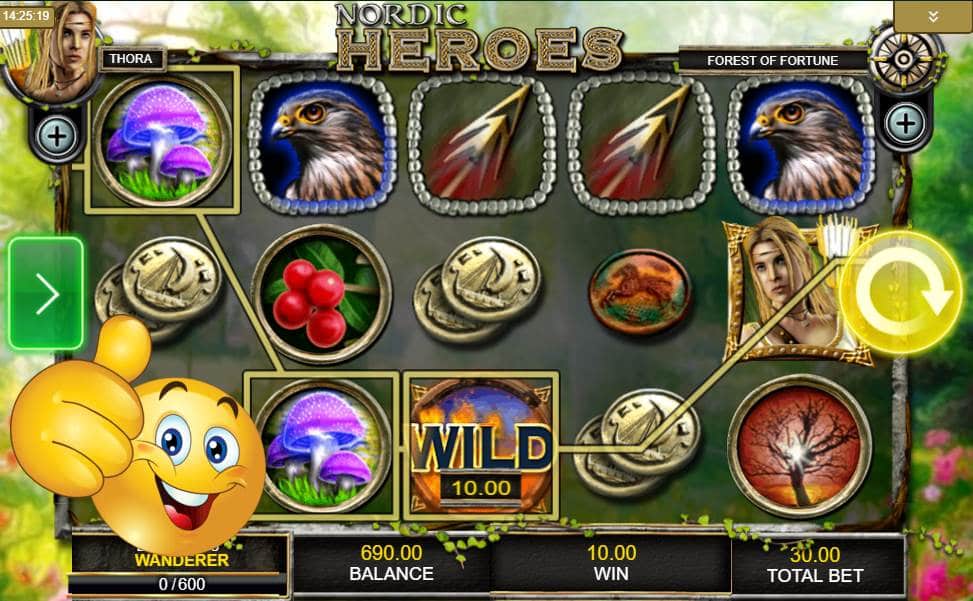 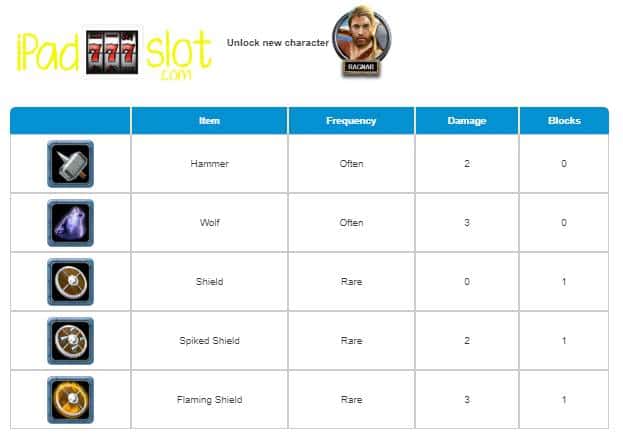 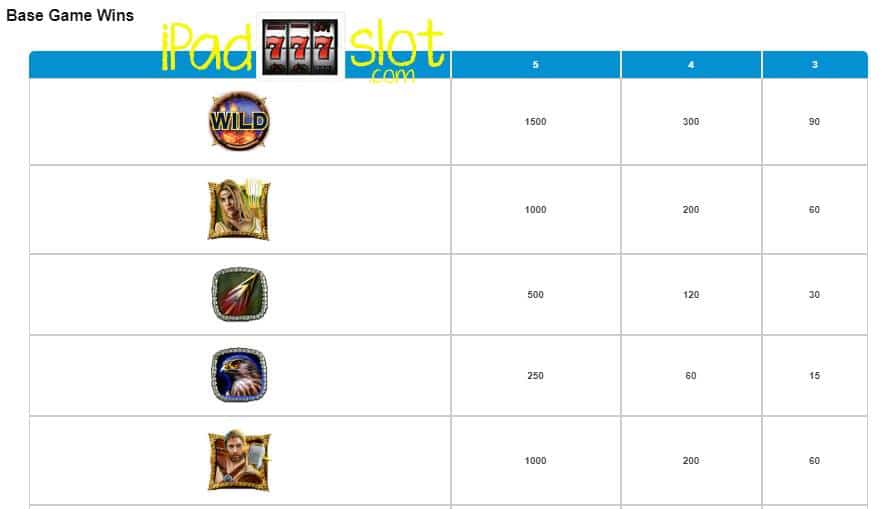 Nordic Heroes is a iPad compatible slot machine game, which is based on Scandinavian mythology. IGT gaming has taken the game to a new level and provides a feel of poker along with regular slot features. Thus, for all those players who are fussy on playing poker based slot machine game, the answer is Nordic Heroes slot in just one word so we rate it 7.6 from 10 points in our review.

Ancient Gong Slots by GameArt Review This 5 and 3 reels and rows game helps to bring the old vibe back to players. The Charm of Asia with a Buddha theme is used in this iPad compatible slot game qu...
Jesters Fortune Slots Free Play Guide Jesters Fortune is a carnival-themed iPad slots game from Aristocrat that comes with five reels with 25 paylines. Entering the Jesters Fortune carnival can be f...
Volcanic Rock Fire Twin Fever Konami Slot Free P... Volcanic Rock Fire Twin Fever is a free online pokies machine which comes from the Konami company. This slot comes with a mystical theme which is brilliantly ac...
Phoenix Fantasy Slots By Aristocrat Free Play Gu... The magnificent bird, Phoenix has been already portrayed in a wide variety of mythologies. Taking this into consideration, this online slot game features the ap...
Werewolf Wild Aristocrat Free Slots App Werewolf Wild is an iPad slot game developed by Aristocrat and you can play it for free fun or real money at several online casinos. It features an werewolf the...
Microgaming Win Sum Dim Sum Free Slots Microgaming developed this exciting game called Win Sum Dim Sum, which is based on a Chinese restaurant theme and style. It consists of pay lines of 9, rows of ...
Big Catch Novomatic Slots Game Preview Big Catch is a nautically themed iPad slot game app which comes from the Novomatic company. In this game, players can expect to encounter different species of a...
Novomatic Lucky Lady’s Charm Free Slots App Lucky Lady’s Charm is a classic themed iPad slot game from the Novomatic stable of exciting mobile compatible slot machines. The game is one of the very first s...
Royal Spins by IGT Free Slots Guide The light hearted fruity slots theme bring an element of character to what one can imagine royalty to have been like back in history. Another fine free pokies g...
Maltese Fortune Free IGT Slots Game Guide Many IGT powered slot game titles tend to tell the player of what to expect before they open the game. However, that’s not the case with this slot game as it ha...
Rainbow Riches Home Sweet Home Free Slots App For years, the saying, ‘home sweet home’ has been used by many people when referring to the beauty and comfort that home brings. When spinning the five reels of...
Book of Maya Novomatic Free Slot Game Guide Many years after the fall of the Mayan Empire, a lucky adventurer discovered a Mayan temple that is still standing in Central America. Many themes of this perio...
Beautiful Bones Free Microgaming Slot Beautiful Bones is an online slot machine from the Microgaming company. Play for fun or real casino cash subject to your location. This game is a lot like th...
Lucky Hot 7s IGT Slots Game Guide Lucky Hot 7s is a video slot by IGT which takes one back to the glorious old days where all slot machines came with the default fruit theme, well they were the ...
Cluedo Who Won it? iPad Slots Free Play Guide Cluedo – Who won it? slot machine from IGT is an interactive suspense and crime themed game that is a cracker. It is based on a popular board game that goes by ...
Fortunium Free Microgaming Slot Review Fortunium is an online slot machine which comes from the Microgaming company This game has a vintage feel as the background sounds depict a heyday city and the ...
Dolphins Pearl Novomatic Free Slots App Guide Dolphins Pearl comes from the Novomatic stable of awesome iPad compatible slot machine games. This is an aquatic-themed slot game whose primary focus is on the ...
Fire Wolf II Free AGS Slot Game Guide The AGS powered Fire Wolf II is a sequel to the highly popular Fire Wolf slot. Just like its predecessor, this game can be described as an awesome release. If y...
Crazy Goose Free IGT Slot Review In this comical spin on animated animals, you are given the opportunity to explore the farm life over 5 reels and 100 ways to win big. The vast amount of paylin...
Monopoly Mega Movers Williams Free Casino App Monopoly Mega Movers is an entertaining slot game which comes from the SG Interactive stable from the WMS Studio of cracker mobile slots. Just as players can de...
Tags: IGT free app, IGT free iPad pokies, IGT free iPad slots, Nordic Heroes Free Slots,