With such a notable theme & interesting symbols, if you’re ready to embark your gaming journey with “Pure Gold”, then read out this comprehensive review, and further enjoy a smooth & seamless game play. 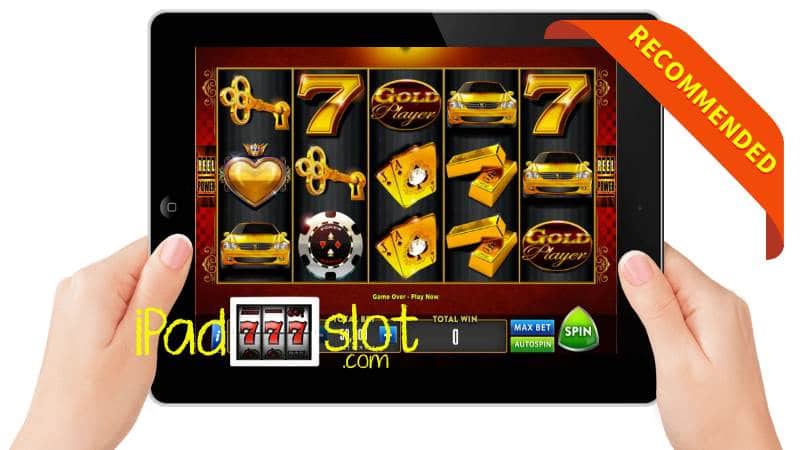 Apart from the aforementioned symbols, there are the wilds and the scatters. Note, these are the bonus symbols. Here, the golden jewel is the wild symbol that replaces the scatters. The wild icon appears only on reel number # 3.

NB – Features can be triggered again during this feature.

The number of flower symbols appearing on the game window determines the size of the jackpot.

Here to note, the Grand jackpot can be won randomly at the end of the game.

Pure Gold features a rewarding payout structure where the letter symbol is the top-paying icon. Five golden letter icons (with an overlaying text of 7) will offer you 500 coins. The base payout structure is described below:

With Pure Gold, you will have an incredible opportunity to hit a massive jackpot where you can win a grand prize. Apart from that, the standard game icons will also reward you with lucrative payouts throughout the entire game play.

This is a nice free Aristocrat iPad slot game to play at Heart of Vegas, some iPad online casinos might have it for real money gaming.

This is a great slot machine overall and we also suggest you have a burl on Zorr, Miss Kitty, Spring Carnival More Hearts, Flamin’ Tiger, Fortune Firecracker, Dragons Vault, Golden Princess and Tiki Torch at awesome Heart of Vegas casino on FB.

Microgaming Reel Talent Free Slot Review Reel Talent is a cartoon themed slot game from Microgaming in which different animals take to the stage to showcase their talent singing. Reel Talent Slot Revi...
Gold Stacks Queen Marie Free Slots Powered by Aristocrat, Gold Stacks Queen Marie is a free online slot machine which comes with a Royal theme and some awesome jackpot rewards to be won. Gold St...
Sushi Cuties by Booming Games App Review Sushi Cuties by Booming Games is a fun iPad slot machine game, which offers a great payout spread over beautiful and appealing characters. The game contains 30 ...
12 “Must Play” Android, iPhone &... When it comes to branded slot games, most of them are about movies and TV shows. It is against this background that we have decided to come up with a list of 12...
Dr Jekyll Goes Wild Barcrest Free Slots App Graphically, Dr Jekyll Goes Wild is one of the very best iPad compatible slot games to come out of the SG Interactive Barcrest Studio of games for many years. T...
Icy Wilds Slots by IGT Game Guide The title of this slot really does tell it all. Icy Wilds slot game is a game that takes place in the freezing cold regions of the world. The only animals that ...
Amazon Temple Free Slots Game Review The Amazon from tales we hear from those who had the privilege to visit the place is a huge jungle with densely populated trees, evergreen vegetation and also a...
Crazy Rich Asians Slot Preview, Where to Play Re... Aristocrat has partnered up with Warner Bros. Consumer Products to develop and release the Crazy Rich Asians slot machine for casino punters. The Crazy Rich ...
Lady of Egypt Williams Slot Casino App Lady of Egypt is an ancient Egyptian themed slot game which comes from the SG Interactive stable of fine Williams games. This online slot game is unique in many...
Soul Queen Quad Shot Free Play Guide Love is in the air in this Ainsworth powered iPad slot game. Soul Queen Quad Shot comes with a romance theme. It's not just the stunning symbols on the reels th...
Double Dragons Slot by Yggdrasil Review & F... A lot of people would agree that two is better always better than one and Double Dragons from Yggdrasil Gaming is clear proof of this. This iPad slot not only f...
Wild Times Barcrest Free Pokies App Wild Times is a fruit themed slot Barcrest game which comes from SG interactive. This game will take one back to the old good days when only juicy fruits were t...
Cats & Dogs Slots by IGT Game Guide Cats & Dogs is an animal themed slot game from IGT. This slot is all about the most popular domesticated animals (cats and dogs) as the graphics i.e. the ba...
Crazy Goose Free IGT Slot Review In this comical spin on animated animals, you are given the opportunity to explore the farm life over 5 reels and 100 ways to win big. The vast amount of paylin...
Barcrest Crown Gems Hi Roller Free Slot Guide The title of this online slot machine does reveal to the player what to expect when spinning the five reels of this slot. In essence, what’s revealed is the fac...
Secret of the Mermaid Konami Slots App Guide Secret of the Mermaid slot game is an aquatic-themed game from Konami whose main focus is on (as you would have imagined) mermaids. These fabled creatures are b...
Queen of the Nile Free Play Review Egypt is the orient of mystery, the land of colossal Pyramids & the fertile valley of Nile River. This orient is also famous for their well-known queen, Cle...
Aristocrat Mighty Cash Safari Free Pokies Game Mighty Cash Cash Safari comes from the Aristocrat stable. This online slot machine falls under the Mighty Cash series widely known for rolling out top quality p...
Mild Rockers Lightning Box Free Slot Game Guide Mild Rockers is an iPad compatible slot which comes from the Lightning Box stable. This game comes with a clubbing theme meaning that as players spin the reels,...
Fortune Falcons Wild Respins Free Ainsworth Slot As the name suggests, Fortune Falcons Wild Respins is a slot release from Ainsworth focused on incredible the wild respins feature bonus round. Fortune Falcons...
Tags: Aristocrat free iPad pokies, Aristocrat free iPad slots, Aristocrat Free Slot App Article Tags, Pure Gold iPad slot,