Reel King is a fruit themed slot game which was developed by Novomatic who are one of the most popular slot machine companies in Europe. As most other fruit-themed slots from the same developer, this game also comes with a retro theme which reminds players of the very first days when slot machines were first introduced to casinos. This is a great game to play for real money.

To play this classic Novomatic iPad slot game, players simply need to spin the slot’s five reels that come with 20 paylines. As Reel King is mobile friendly, it means players can enjoy it on their mobile devices like iPad, Android or iPhone or others if they run on either iOS or Android operating systems. 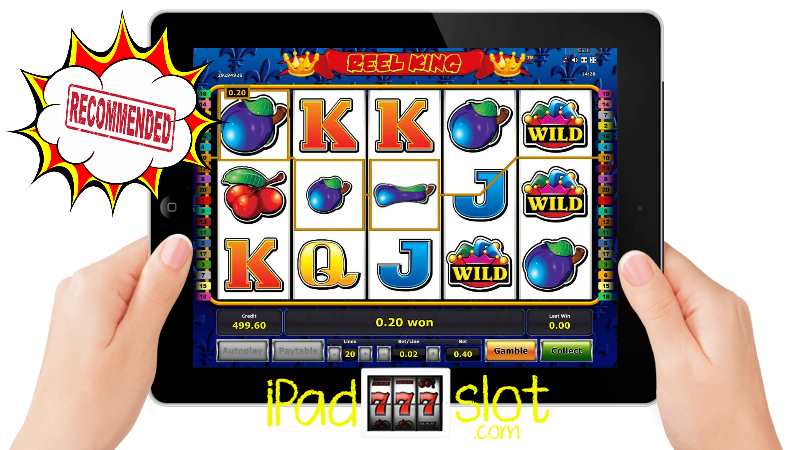 ** The Novomatic Reel King app and / or similar slot games may be available to play on your iPad, iPhone, Android, Windows device, PC or Mac. Just take a peek at our FREE GAMES PAGE HERE. **

The background of this slot game is covered by a solid blue colour that is beautified by some small flower-like designs. The entire reel section is covered by a white colour so it is easy on the eye..

The symbols that players will find on the reels include lucky sevens, plums, jackpot icon, apples, joker and traditional card symbols. 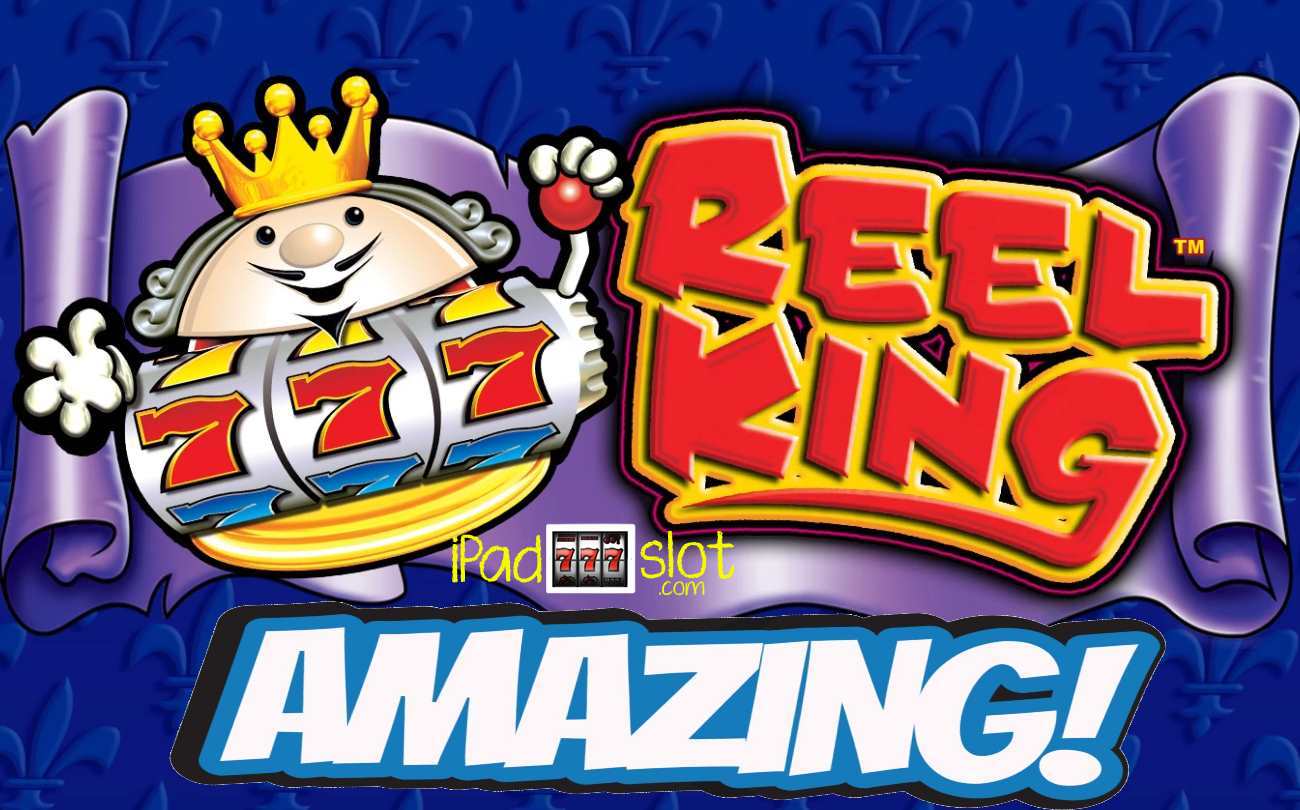 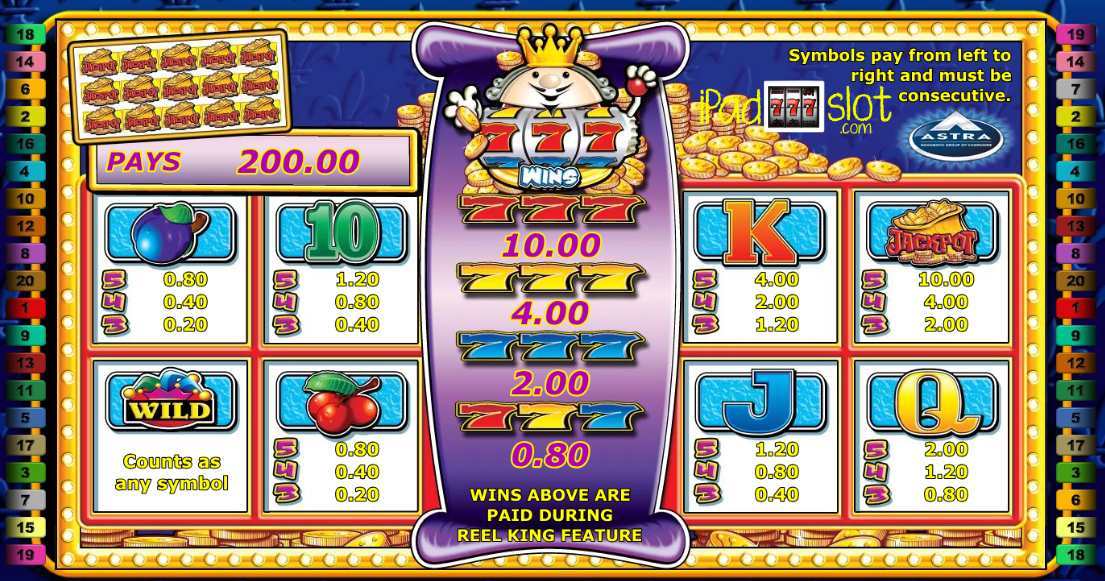 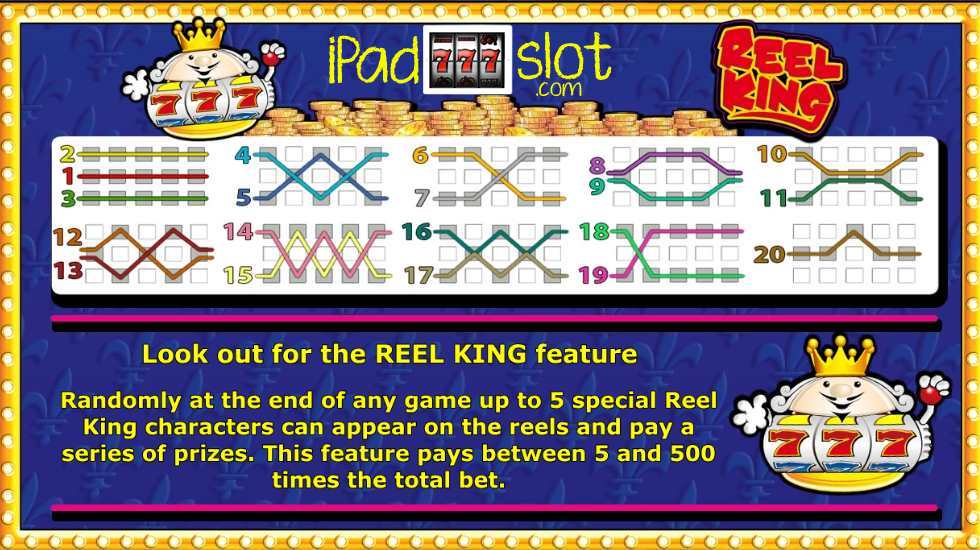 Reel King is a iPad slot game which is perfect for players who love playing retro themed online fruit machine pokies. The RTP of this game stands at 94 percent. This slot gets a 7.5 point rating out of 10 points in our guides for the best Novomatic iPad casino games to play and win on.