Roman Tribune is an ancient Rome themed iPad slot game by Konami. The main focus of this game is on the tribunes, this special group that’s was tasked with overseeing discipline among Roman soldiers back in the day.

In order to start playing this game, players need to set in motion the game’s five reels that come with 30 terrific paylines. Roman Tribune is a game that players can play either for free or for real money. The game is accessible on the desktop and also on mobile devices which run on iOS or Android operating systems with the free Konami social slot casino game app. 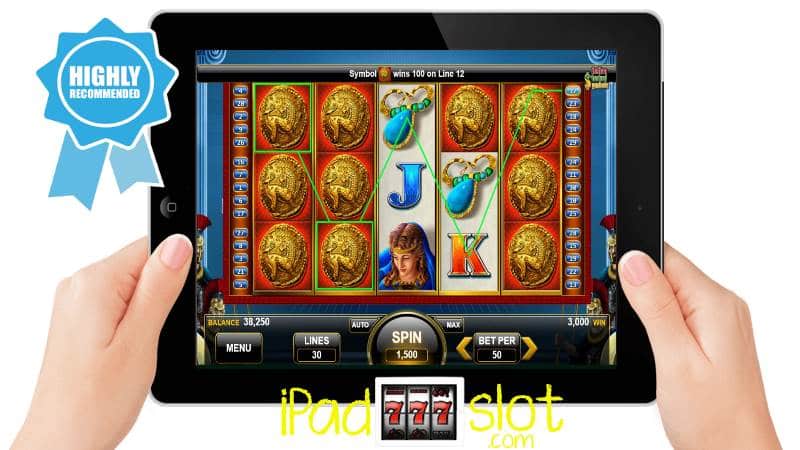 ** The Konami Roman Tribune app and / or other similar slot machine games may be available to enjoy on your iPad, iPhone, Android, Windows device, PC or Mac. Just take a look at our FREE GAMES PAGE HERE. **

The background of this slot game depicts a wall painted by a light blue colour. On either side of the reels are two Roman soldiers. The reels section is covered by a white colour.

When playing Roman Tribune, players will find the following symbols on the reels: a Roman soldier, a gold coin, a Roman woman, blue jewellery, metal helmet, shield with a sword and traditional poker symbols. 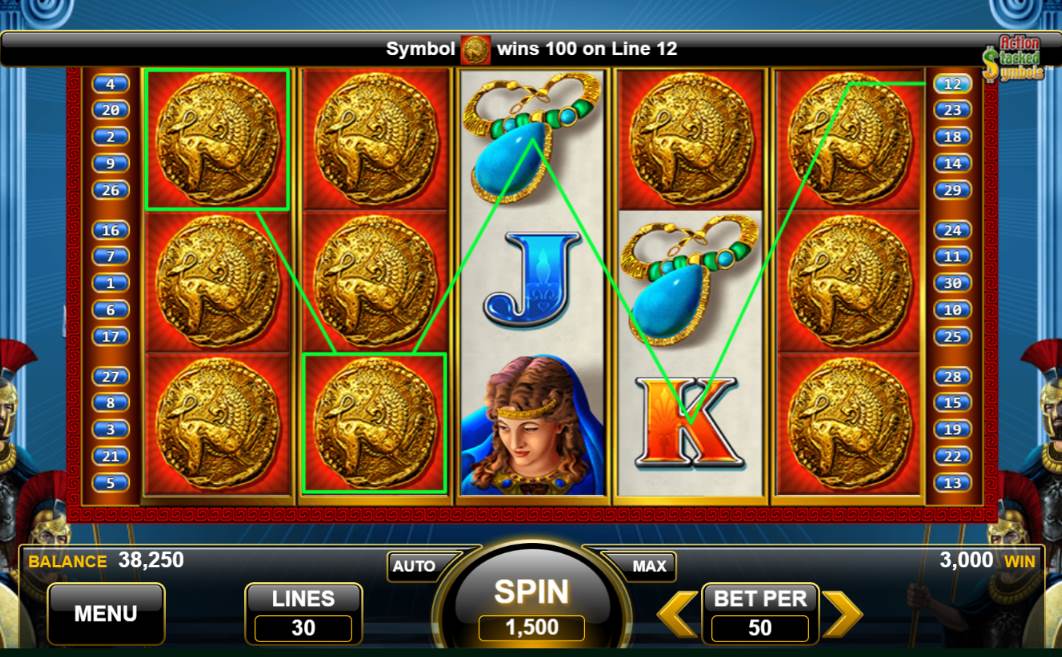 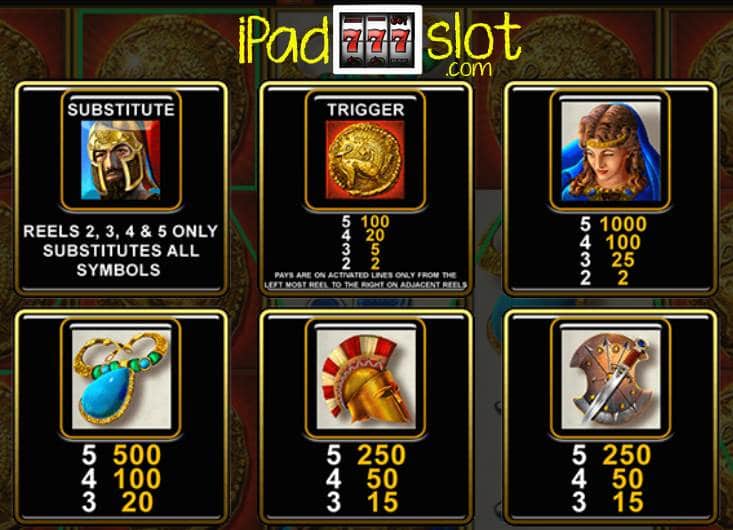 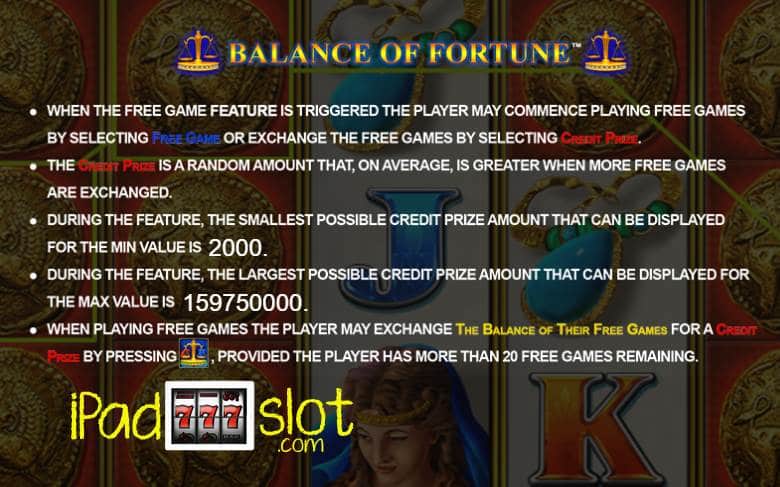 Landing three or more of the scatter icons trigger this bonus feature.

Roman Tribune is a iPad slot game which appeals to all players who prefer playing ancient Rome themed games like the Flame of Olympus by Aristocrat. This Konami game gets a 8.2 point rating out of 10 points in our review and tips to playing and winning on Konami iPad slot apps.

The Fates Slots Game Guide Free Version Many times when we play slot games, winning or losing is all down to fate. This cosmic themed IGT game is all about that, fate being the determinant of winning ...
Tigress By Aristocrat Free Game Play Guide This wonderful slot game takes the players into the heart of South East Asian jungle where you will discover the ferocious wild beast the royal creature tigress...
Caribbean Kitty by IGT Slots Game Guide Caribbean Kitty is an animal themed slot game from IGT. This progressive slot game primarily focuses on cats, therefore, when spinning the reels of this slot, p...
Fortune Gods Free PG Soft Game Guide Fortune Gods is a PG Soft powered online slot machine that comes with a terrific Chinese and oriental theme. This is one of the greatest Asian themed pokies to ...
Fire Wolf II Free AGS Slot Game Guide The AGS powered Fire Wolf II is a sequel to the highly popular Fire Wolf slot. Just like its predecessor, this game can be described as an awesome release. If y...
Sherlock Holmes: The Hunt for Blackwood Free Slo... Sherlock Holmes: The Hunt for Blackwood is an online slot machine from the IGT company. This game adaptation is from the movie which goes by the same name altho...
Monopoly Roulette Tycoon by Williams Games Monopoly Roulette Tycoon is a game from SG Interactive, It's actually from the Williams game development studio of awesome games. It fuses two games into one, w...
Action Bank Barcrest Free Slot Game Guide Before developing a slot game, game developers have to consider a number of things. Some of these include deciding on whether to create a game that is stylish, ...
Big Red Gold Free Slots Game Guide Aristocrat Gaming also developed the volatile game titled Big Red Gold. Coming with an animal theme, this slot game can at times offer excellent rewards from ti...
Medusa 2 iPad Slot Game Preview and Free Play Following the amazing success of Medusa, NextGen is offering a sequel to the iPad slot called Medusa II. With this game, the theme remains identical to the orig...
Mild Rockers Lightning Box Free Slot Game Guide Mild Rockers is an iPad compatible slot which comes from the Lightning Box stable. This game comes with a clubbing theme meaning that as players spin the reels,...
Book of Ra Deluxe Jackpot Edition Free Slots App... The Book of Ra Deluxe Jackpot Edition iPad slot is the second edition in the Book of Ra slot series and the direct sequel to the Book of Ra game. This is a high...
China Shores Free Play Slot by Konami If you are looking for an oriental-themed free iPad slot game, then Konami's China Shores will be an excellent choice for you. This pokies game, its five reel g...
Crazy Cows iPad Slot Game Free Preview The barnyard is full of action and players will be sure to collect some great payouts from Crazy Cows by Play’n Go. This iPad slot game is super exciting and wa...
Timber Wolf Deluxe Free Slots Guide Aristocrat in this slot game brings you a game which takes place inside a huge scary forest full of vicious wolfs and tigers. Set in the middle of nowhere in a ...
Dark Ninja Slots by Zeus Play Game Guide The Dark Ninja by Zeus Play is an above average iPad free or real money slot machine game which is based on the lives and surroundings of a Ninja. Right from th...
Gypsy Moon Free IGT Slots Game Introducing a mystical and ethereal gypsy themed video slots game from the world leading gaming software developer IGT, you can expect to find everything that i...
Dragon Chi Online Slot Review Well, when it comes to the Eastern community, players ought to know that the coming of the New Year is celebrated by planting money trees and proceeding to pin ...
Quickspin Gold Lab Free iPad Slot Review Gold Lab is a science-based free iPad slot game developed by Quickspin. This is 5 reel and 25 pay-line iPad pokie. Players are taken into a scientific laborator...
Ainsworth Kanga Cash Slot Game Free Play Kanga Cash is an Ainsworth powered online slot machine that is just the best free pokies game to play with an Aussie theme. The game’s action takes place in Aus...
Tags: Konami free app, Konami free iPad pokies, Konami free iPad slots, Roman Tribune slots,