Scarab is an online slot machine which comes from the IGT company. If like games like the Cleopatra from IGT or Aristocrats King of the Nile and Queen of the Nile pokies then this game has your name written all over it 🙂

Scarab comes with an ancient Egyptian theme and as such, players when spinning the five reels of this online slot can expect to encounter Queen Cleopatra together with other common ancient Egyptian artefacts and icons on the reels. All that players need in order to start their adventure in Scarab slot game is to set spinning the game’s five reels of excitement that comes with cracker 75 paylines. 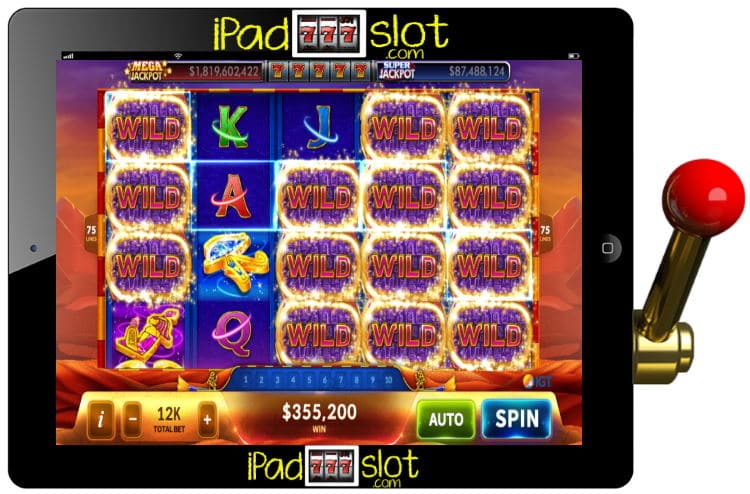 ** Many similar pokies to the Scarab IGT Slot Game can be played for free fun and excitement on iPad, iPhone, Android, Windows devices with no app downloads – view our FREE games page here. **

A desert Egyptian themed landscape provides the background to this game very nicely.

The symbols that players will find on the reels in the game include Queen Cleopatra, a cross, the eye of Horus, purple icon, green icon, lime icon, gold icon, and traditional poker symbols. 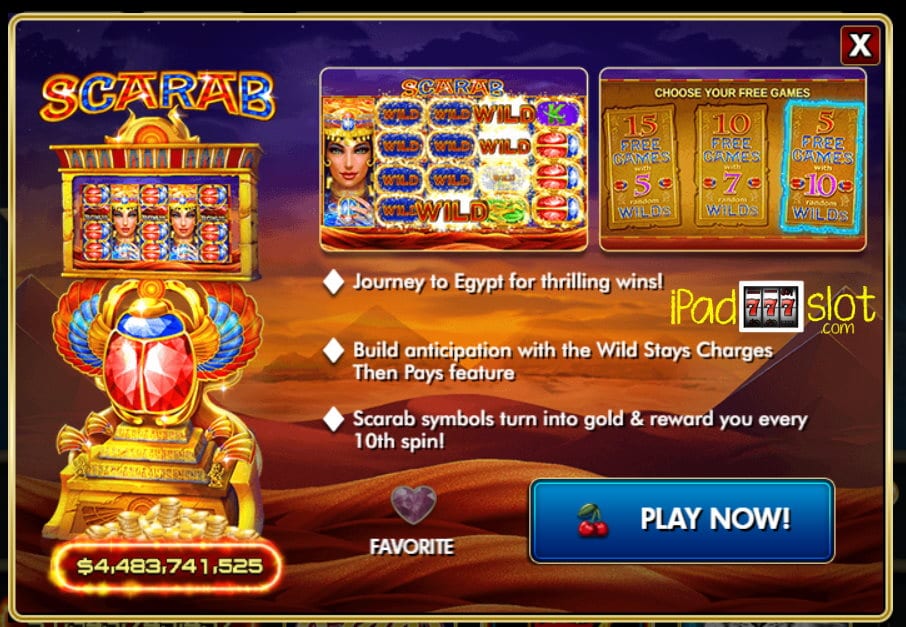 Scarab slot game is a pretty interesting IGT pokies game to play which comes with a nice set of bonus rounds. Out of a 10 point rating, this Egyptian themed game gets an 8.6 point rating so we say make sure you play it at the DoubleDown casino today for free. 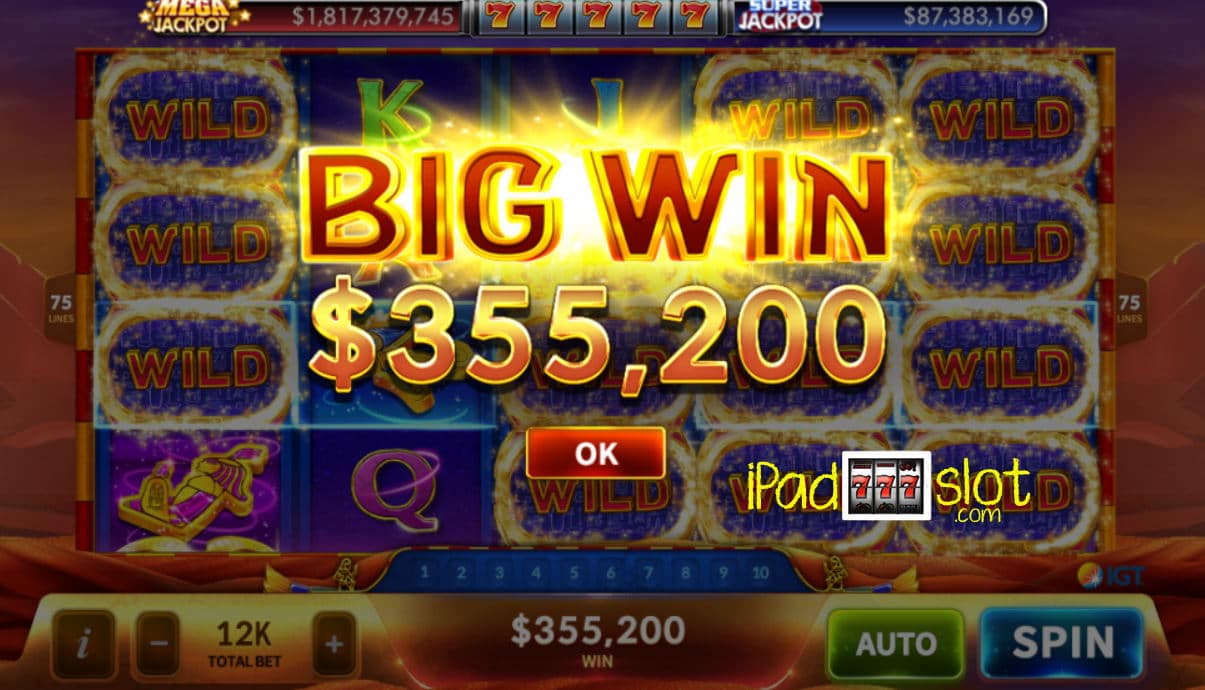 Sphinx Wild Free IGT Slot Game Sphinx Wild is an ancient Egyptian themed slot game which comes from IGT. In game, players can expect to view ancient Egyptian cultures on the reels as well as see some of the comm...
Lucky Larry’s Lobstermania 3 Free Slots Game... Luck Larry's Lobstermania 3 is the third slot game in the series. Like the previous Lobstermania games, this awesome iPad and iPhone compatible slot is developed by IGT and it come...
Club8Casino Guide & Review Social casino gaming for Aussie players is really hot in the land down thanks to the Club8Casino. Several well-known & highly popular southern Queensland based RSL pokies clubs...
Crystal Slipper Free Slots Game Review This is a fairy tale themed slot game from IGT. This slot is one of those slots from IGT that comes with a storyline. The story centres on Cinderella, her story from rags to riches...
Big 5 Safari Slots by IGT Free Game Guide A trip to Africa would not be complete if you don’t visit Serengeti or any other great African plain where you get to catch a glimpse of the Big 5. For those who might not have hea...
Bunny Eggs IGT Slots Game Guide IGT brings us this Easter themed slot where some cute little bunnies offer you a set of yummy Easter eggs, also some impressive rewards can be had while on your gaming adventure. T...
Nordic Heroes by IGT Slots Game Guide Nordic Heroes is a unique game developed by IGT, which focuses on fantasy warfare along with having a layout, which closely resembles pokers. The game layout is completely relative...
Captains Fortune IGT Slots Free Play Review Captain Jack Sparrow has captured the hearts of many folks both old and young due to his witty, cunning and funny behaviour on set. Since the debut film of the Pirates of the Carib...
10 Top Asian Inspired Free or Real iPad, Android &... When it comes to slot games, there is one game collection which is undoubtedly the biggest collection (theme wise) i.e. Asian themed slots. Virtually, all game developers have a se...
Caribbean Kitty by IGT Slots Game Guide Caribbean Kitty is an animal themed slot game from IGT. This progressive slot game primarily focuses on cats, therefore, when spinning the reels of this slot, players can expect to...
Smash the Pig Free IGT Slot Guide Smash the Pig is an online slot from IGT which more or less follows the same script as that espoused in the title. This is to say that when playing Smash the Pig slot game, players...
Triple Red Hot 777 Free Slots Game Triple Red Hot 777 is a iPad slot machine game which provides players an altogether experience of real life slot games found in casinos of Las Vegas. Developed by IGT, this slot ga...
Cash Coaster IGT Slots Free Play & Review The Cash Coaster Slot gives you a unique day at the amusement park, this IGT slot game is inspired by an old wooden styles coasters which are among the few remaining at theme parks...
IGT Fishing Bob Free Slots Guide As you can deduce from the slot title, this IGT powered iPad compatible slot is all about fishing. You need to join Bob on his fishing adventure if you want to collect some cool an...
Masques of San Marco IGT Slot Free Play Guide Masques of San Marco is a game which comes from the IGT company. The slot comes with a carnival theme as players will encounter all sorts of clowns and related themes on the game r...
Elephant King Slots by IGT Game Guide Elephant King is a awesome game made by IGT and is good to play on your iPad or iPhone from our casino guides. It was released in about 2017 ish' for online and land casino players...
Tags: IGT free Android pokies, IGT free Android slot, IGT free Android slot app, IGT free app, IGT free iPad pokies, IGT free iPad slots, IGT free iPhone pokies, IGT free iPhone slot app, IGT ipad pokies, IGT pokies app, IGT slot app, IGT social slot, Scarab,