Sheer Magic is one of the few slot games from Ainsworth based on a magic style theme. Very few slots take inspiration from the magician’s world and this slot game has adapted it in an effortless way. It comes with 5 reels and 50 pay lines and helps you weave magic into your fortune albeit that’s if you get some luck also along the way. You might not pull a rabbit out of a hat but you may just win a few bucks on this pokie.

The layout of the game looks very rich and elegant. It uses a dark shade of orange and red colors as the background within which there is a golden frame with minimal design. The reels are set inside this frame and the symbols represent the things that we usually see in a magic show. 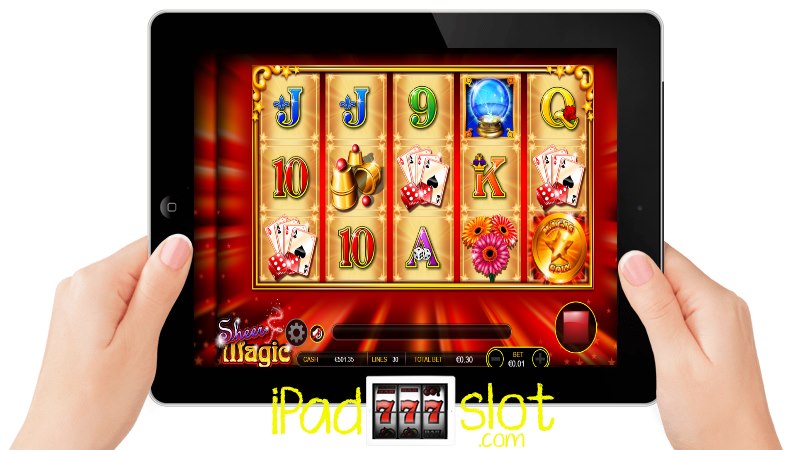 The majority of the symbols used in the slot are all related to magic in some or the other like the magician’s hat, magician’s book, a deck of cards with the dice, crystal ball. 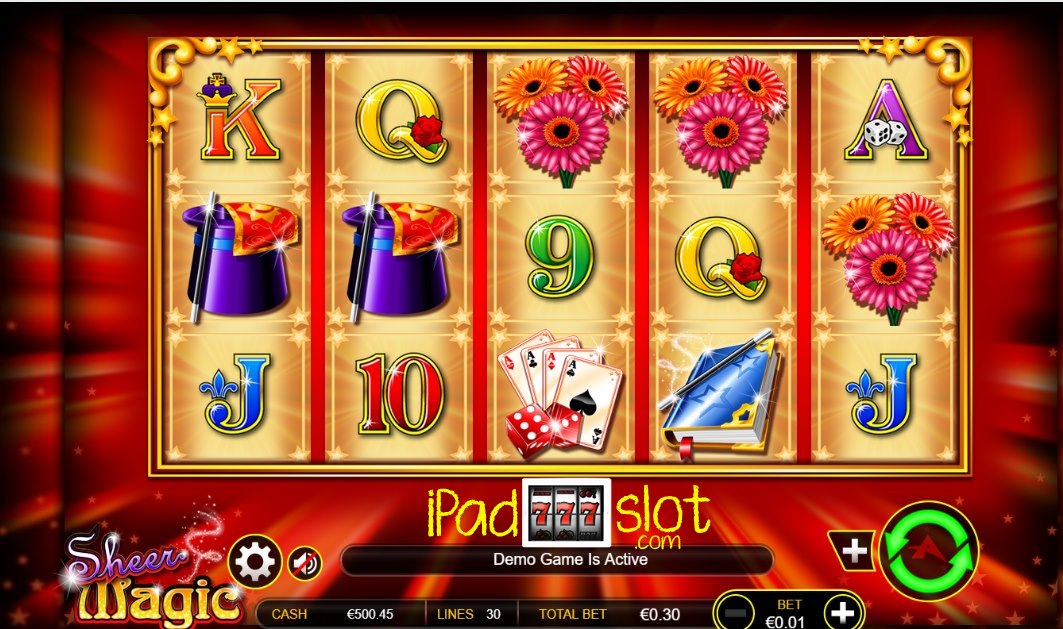 Base game symbols and pay tables: 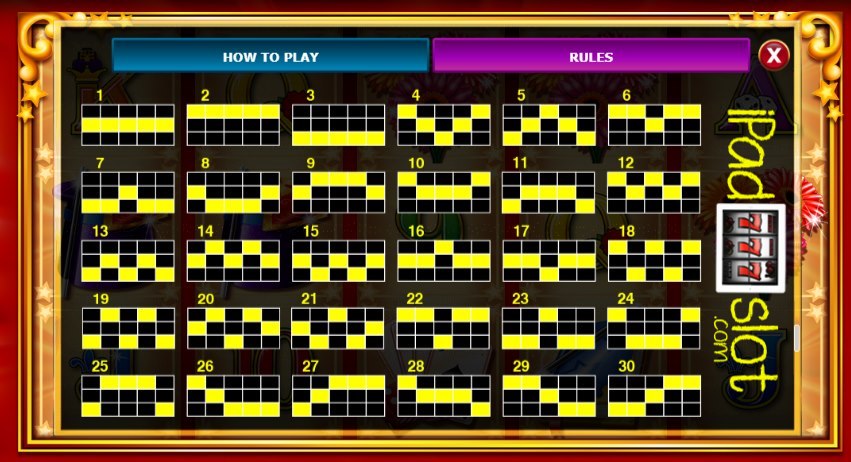 Magic themes is one area in the gaming history of slots that has not been utilized very much until over time. The other notable similar genre slot worth a mention would be Rabbit In The Hat slot by Microgaming. Sheer Magic has made its best efforts to incorporate the same into its slot and has succeeded to some extent but it does not blow my mind by any standards.

But it would have been better if we were to see some more exciting bonuses and features added to the game. Overall, it is a good game if you like the enchanting and magical theme and we give it just 6 from 10 points, play it free on your iPad at Players Paradise or for real money at your local Ainsworth casino.

Ainsworth Rampaging Bull Free Slots App Review Rampaging Bull is an animal themed slot game from Ainsworth and it's an above average app that can be enjoyed for free at our selected casinos. Quick Start Gu...
Garden Party IGT Slots Free Game Guide This slot game from IGT is full of floral scenery. Lovers of flowers and and all things related will find Garden Party slot game from IGT appealing and entertai...
Bushido Code GameArt Slots App Bushido Code is a nice looking slot machine game by GameArt, and it is based on Samurai and Japanese philosophy of war and culture. Let's Play Bushido Code iPa...
Dragon Chi Online Slot Review Well, when it comes to the Eastern community, players ought to know that the coming of the New Year is celebrated by planting money trees and proceeding to pin ...
Novomatic Jungle Explorer Free Slots Game Guide Jungle Explorer powered by Novomatic is an online slot machine that comes with an adventure theme. Players playing this game will be virtually transported to a ...
Flame of Olympus by Aristocrat Free Play Version In Greek mythology, the history of legendary Prometheus has still remained one of the most inspiring stories. Taking this into consideration the Flame of Olympu...
Heidi’s Bier Haus WMS Free Slot App Heidi’s Bier Haus is German and when translated to English it means the house of beer. As such, from the title of this online slot machine players can get an id...
Aristocrat Goblins Gold Free Slots Game The title of this Aristocrat slot game does reveal what the players are going to find when they start playing this game. On one hand, the slot has a magic theme...
EGT Gold Dust Free iPad Pokies Guide The Gold Dust online slot takes players to the Wild West, when the hunt for gold was at its height and prospectors can turn into instant millionaires. If you li...
Pharaoh’s Ransom Slots Free Play Guide Pharaoh’s Ransom is yet another Egyptian themed slot game from Aristocrat. This is a awesome game which comes with most of the standard symbols used in Egyptian...
CSI Slots by IGT Free Play Guide The CSI  iPad compatible slot machine game is a popular modern-day adaptation of the popular TV series, which features advanced crime investigation storyline an...
Best free slots for iPads with no downloads Jurassic Giants is an exhilarating iPad slot from Pragmatic Play and this cracker game can be enjoyed free with no downloads of apps required, yep i bet your a ...
Legends Of New York by Ainsworth Real & Fre... Legends of New York slot is one of a kind slot machine iPad compatible game developed by Ainsworth, which the fans say it's one of their best. The game features...
Aristocrat Crusaders Heart Free Play Guide The name of Crusaders are pretty well-known in the history. They are the perfect example of pure bravery as these fearless knights left their families, friends,...
Moon Maidens Aristocrat Pokies Free Play Guide Moon Maidens is an Aristocrat free slot game which comes with an animal fantasy theme. On the reels, players get to encounter different types of animals as well...
Joe Blow Gold Free Aristocrat Pokies Game Guide Joe Blow Gold is an Aristocrat powered online pokies machine machine. This slot comes with a mining theme so if you like Where's the Gold then this is your game...
Mermaid Queen SG Interactive App Growing up, many of us have heard tales about mermaids. Though many believe that mermaids actually do exist, only a handful testify that they have seen mermaids...
Motorhead NETENT Free Slots App Guide Motorhead is a branded slot game which comes from one of the world’s most renowned game developers i.e. NETENT. This online slot machine is based on the popular...
Golden Knight Free High 5 Games Slots Golden Knight is a Royal themed online slot machine that comes from the High 5 Games company. Players looking to enjoy the game ought to know that they will be ...
Thai Sunrise by NextGen Gaming Slots Guide Thai Sunrise by NextGen Gaming is a virtual journey to Thailand and allows the players to witness some of the most regular scenes to be found in a Thai city lik...
Tags: Ainsworth Free App, Ainsworth free iPad pokies, Ainsworth free iPad slot, Sheer Magic slots,