Silent Movie is the ultimate old-fashioned iPad slot theme themed on the classic movie era from the early 19th century period. This game is a fairly popular release from IGT who has conceptualized the idea of creating this exceptional game that can be played for free or real money.

This wonderful iPad compatible slot game has 5 reels and 30 winning lines. With so much so at stake, the returns to the players are a good 94.66 to 96.61% depending on the casino version. 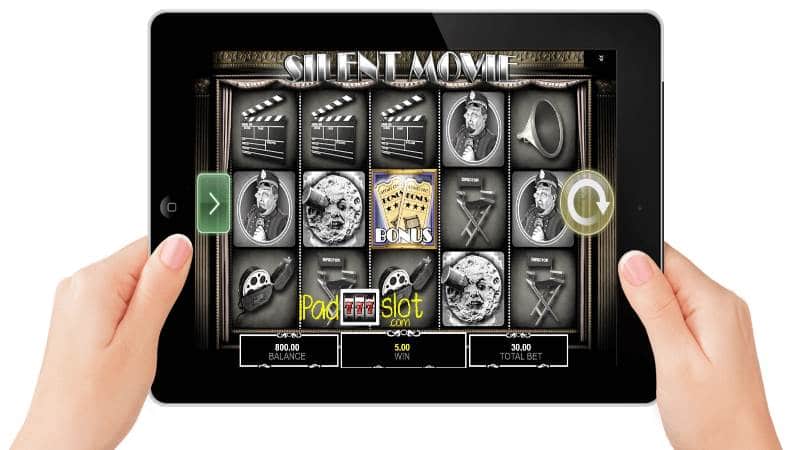 Silent Movie is a game, which follows a grey and white layout of configurations and characters, a total of 9 symbols including 3 human characters set up the game, which promises a whirlwind ride to the classic era.

If you were looking for some eye candy graphics in your gaming then this in not the iPad slot for you. Colour is really only introduced to the game reels in the bonus rounds so it’s not all dull graphics entirely. 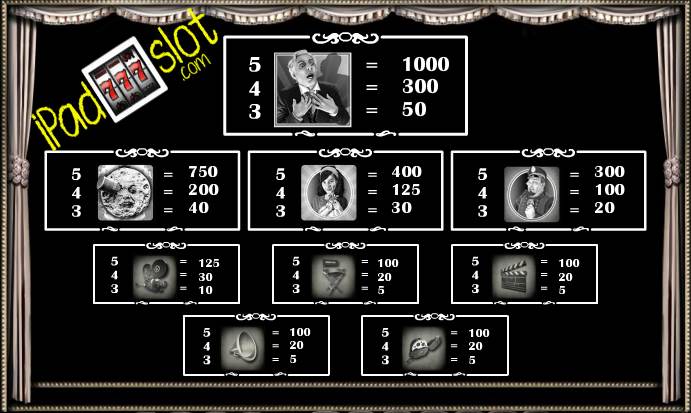 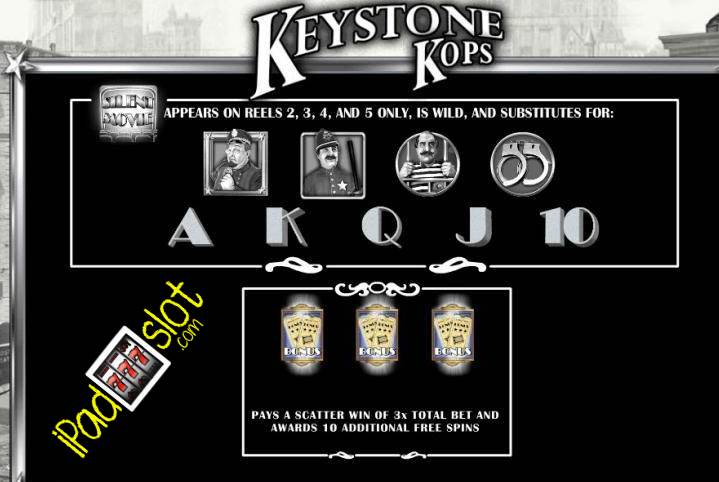 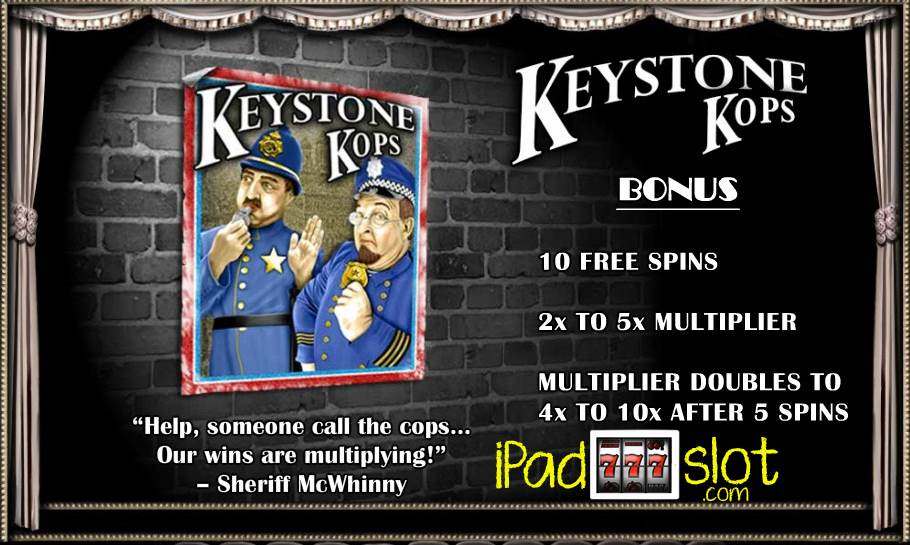 Silent Movie is a classic movie-themed game developed by IGT. The slot contains theme based special features such as Dr. Jekyll and Mr. Hyde symbol, A trip to the moon and many other free spins and bonus features, which assures the real-money players a classical retreat to earn more payouts alongside winning rounds.

Matsuri Play’n Go Free Slots App Play ‘n Go brings to our screens all the festivities Japanese people enjoy in their land of the rising sun. Matsuri is the Japanese term for festival; once you ...
Dungeons and Dragons Treasures of Icewind Dale S... Icewind Dale is a mystical snowy land with hidden treasures. It forms the setting for IGT’s Dungeons and Dragons Treasures of Icewind Dale slot machine. In this...
Quickspin Gold Lab Free iPad Slot Review Gold Lab is a science-based free iPad slot game developed by Quickspin. This is 5 reel and 25 pay-line iPad pokie. Players are taken into a scientific laborator...
Scarab IGT Slot Game Free Play Guide Scarab is an online slot machine which comes from the IGT company. If like games like the Cleopatra from IGT or Aristocrats King of the Nile and Queen of the Ni...
Wheel of Fortune Double Diamond Free Slots Guide Wheel of Fortune Double Diamond is one of the games from IGT which comes with a retro theme though it was created in the era of old school slots. This iPad comp...
Star Lanterns Free IGT Slots Game Guide Star Lanterns referred to as the MegaJackpots Star Lanterns and this is not an exaggeration. IGT gaming company is behind this slot game whose jackpot can run i...
An Evening With Holly Madison Pokies Review NextGen has created a new and exciting themed video slot for iPad casino players that will surely entertain for hours. An Evening with Holly Madison is a 25 pay...
Girls With Guns Frozen Dawn iPad Slot Free &... Developed by Microgaming the Girls with Guns – Frozen Dawn slot for iPad game is based on a heroine theme, nothing but chicks with big weapons. In this game, pl...
Sugar Shack Social Free Play IGT Slots Guide Sweetness is all that you will find in this IGT powered video slot. Sweetness in this game stems from the fact that it is a candy themed game. From the symbols ...
Ainsworth Ming Warrior Pokies Free & Real P... Ming Warrior from Ainsworth is a 5-reel slot game with 20 bet lines and it's a must play on your iPad. Show your bravery in this Chinese-themed game and you wil...
Dolphin Dice Free Ainsworth Slots App Guide Dolphin Dice is an ocean themed slot game from the Ainsworth stable of fine pokies machines. This is an innovative game, during the bonus rounds as the player i...
Double Dragons Slot by Yggdrasil Review & F... A lot of people would agree that two is better always better than one and Double Dragons from Yggdrasil Gaming is clear proof of this. This iPad slot not only f...
Aristocrat Cashman Fever Hot Chocolate Slot Free... Cashman Fever Hot Chocolate is an online slot machine which comes from the Aristocrat company. The title of this online slot machine does reveal all when it com...
Sun Chief Slots Free & Real Money Ainsworth... Ainsworth never lets down its customers and proved once again with the Sun Chief iPad slot game available at the Players Paradise casino. You can have adventure...
Astronomical Magic Free Konami Pokies Game Astronomical Magic is an online slot machine which comes from the Konami company. As one can deduce from the title, this free pokies game does come with a magic...
Motorhead NETENT Free Slots App Guide Motorhead is a branded slot game which comes from one of the world’s most renowned game developers i.e. NETENT. This online slot machine is based on the popular...
Aristocrat Polynesian Pearl Free Slots Guide Are you looking forward to try out a fun tropical themed game? Well, if yes, then this free iPad slot game will be quite apt for you. "Polynesian Pearl" is a...
Pharaoh Rising IGT Slots Game Review This Egyptian themed video slot from IGT is inspired by the tales of ancient Egypt where the Pharaoh was the wealthiest and most powerful individual owning ever...
Wicked Tales Dark Red Free Slot Game Guide Wicked Tales Drak Red is an online slot machine which comes from the Microgaming company. This online slot machine comes with a fantasy theme and as such, playe...
Cleopatra Plus Slots Game Guide Cleopatra Plus is an iPad compatible slot game by IGT Gaming whose theme is based on the Egyptian Queen and the time of her rule. The game comes up with as much...
Tags: IGT free app, IGT free iPad pokies, IGT free iPad slots, Silent Movie Free Slots,