Wolf Run is a Wolf-themed slot game from IGT. The game has 5 reels and 40 pay lines. The players can get to bet on a minimum coin size of 1 and this can go up to a maximum of 20. The game gets a Wolf theme as you would expect, and IGT has ensured to give the players a total feel of the same with symbols running very closely to this. The game gets RTP settings between 92.70% and 96.98% at most casinos.

The Wolf Run gets strictly theme-based symbols, and these are the reel symbols. Besides the black wolf, the snow-white wolf, there are two totem poles. The reels are set on a background of a scenic snowy mountain landscape. The majestic snow-white wolves open the reels.

Poker symbols of Ace, King, Queen, Jack, 10, and 9 are there for the players to get some small wins. 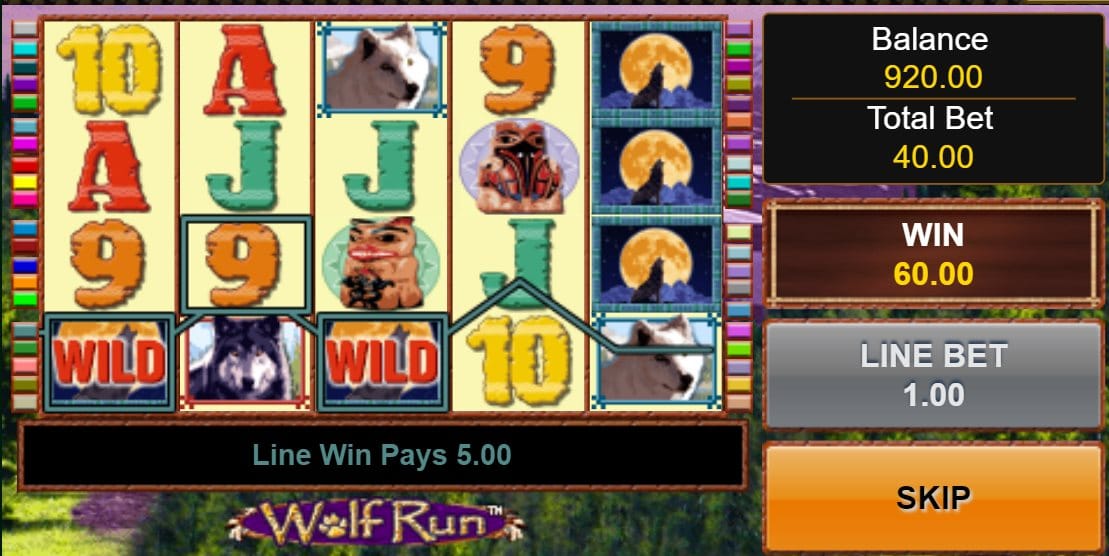 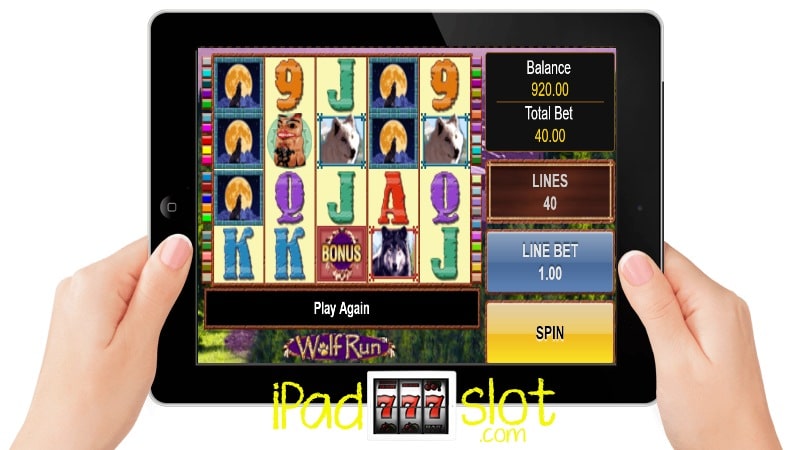 Wolf Run is a total package of fun that one can associate with a iPad slot game from IGT. The background music, layout, and the payout scheme with Stacked wilds are all interesting pieces to the entire game that fit like the pieces of Jigsaw puzzle. If you like this game then we also suggest you try other doggy themed slot like Wolf Gold, Cool Wolf, Wild Wolf, Big Bad Wolf, Wolf Quest and Golden Wolves.

Aristocrat Polynesian Pearl Free Slots Guide Are you looking forward to try out a fun tropical themed game? Well, if yes, then this free iPad slot game will be quite apt for you. "Polynesian Pearl" is a...
King Tusk Microgaming Slot Review King Tusk Online Slot Game Review King Tusk is an online slot which comes from the Microgaming company. This game comes with an animal theme which is toward...
Cluedo Who Won it? iPad Slots Free Play Guide Cluedo – Who won it? slot machine from IGT is an interactive suspense and crime themed game that is a cracker. It is based on a popular board game that goes by ...
Fire Horse IGT Game Review This is an equine-themed slot game from IGT. In addition to the horses, this slot also features some Chinese zodiac signs so you rest assured that your adventur...
Wonder Woman Gold Free Bally Slot App Some say that the true definition of a person or anything that’s considered great is how it continues to live in the memories of people years after the person i...
Flame of Olympus by Aristocrat Free Play Version In Greek mythology, the history of legendary Prometheus has still remained one of the most inspiring stories. Taking this into consideration the Flame of Olympu...
Phoenix Princess GameArt Free Slots Review The Asian themed Phoenix Princess is an engaging iPad slot from GameArt. The 5 reels and 20 pay lines game has a layout that helps in playing the bonus feature ...
Best Slot Machine Game Software for Your iPad or... Leading software developers create games which can be played on multiple casino platforms. New advances in web software, such as HTML technology has enabled cas...
Celtic Queen Social iPad Slots Review Are you ready to discover a unique Aristocrat free iPad slot game with an interesting & innovative game theme on your iOS device? If yes, then get ready to ...
Volcanic Rock Fire Twin Fever Konami Slot Free P... Volcanic Rock Fire Twin Fever is a free online pokies machine which comes from the Konami company. This slot comes with a mystical theme which is brilliantly ac...
Indian Dreaming Emerald Edition Aristocrat Free ... Aristocrat developers have made a name for themselves for releasing some of the most popular slot titles both for land-based and online casinos. The original In...
Dream Date Slot Game Guide Dream Date Slot Game Review Dream Date is an online slot which comes from Microgaming. This game comes with a dating theme as per the title. To start perfec...
How to Choose a Great Mobile Slots & Games ... There is no doubt that online gambling is booming even among slots players who like land casino gaming. Online casino software developers and casinos are always...
Free Play Wolf Run Hot Roulette Slots by IGT Wolf Run Hot Roulette is an animal themed iPad slot game. Specifically speaking, this is a wolf themed game as its primary focus is on wolves. Players of IGT sl...
Mystic Panda Free Slots App by Ainsworth Guide Mystic Panda is an oriental themed game from the Ainsworth range of awesome iPad compatible slots.  Mystic Panda can be accessed both on the desktop and also on...
Fortunium Free Microgaming Slot Review Fortunium is an online slot machine which comes from the Microgaming company This game has a vintage feel as the background sounds depict a heyday city and the ...
Dragon Legend PG Soft Free Slot Guide Dragon Legend is a PGsoft powered online slot machine that’s based on two of the symbolic creatures in Asian culture, that is, the koi and the dragon. DRAGON L...
Rainbow Riches Free Spins Barcrest App The ‘Rainbow Riches’ series is one of the most popular slot series to come from the SG Interactive stable of Barcrest games. Adding on to the vast number of tit...
Aristocrat King of the Nile Free Pokies Game King of the Nile is an Aristocrat slot game which comes with an ancient Egyptian theme. Players looking to start their adventure in King of the Nile slot game c...
Pompeii Slots app for iPad Casino Players The best way to play and win on Pompeii iPad slot game has been asked many times before, their is no sure way but our guide may help you in the quest to win big...
Tags: IGT free app, IGT free iPad pokies, IGT free iPad slots, Wolf Run free slots,