The Xing Guardian iPad compatible slot game brings to life the exotic fables and mythology of Far Eastern cultures and life. NextGen, the developers of this game brings us a game that entertains while at the same time educates us a little about Chinese constellations and mythological figures.

Designed with some stunning graphics, the game has Xing, a beautiful warrior as the main character who is the gatekeeper to the celestial gates, she kills the enemies and protests the travelers. This slot comes with 5 reels and an incredible 1,024 paylines. The Return to Player percentage is a cool 97.01 percent.
** The Xing Guardian NextGen slot machine game app might be available to play for free on your iPad, iPhone, Android, Windows device, PC or Mac. Just take a look at our FREE games page here. ** 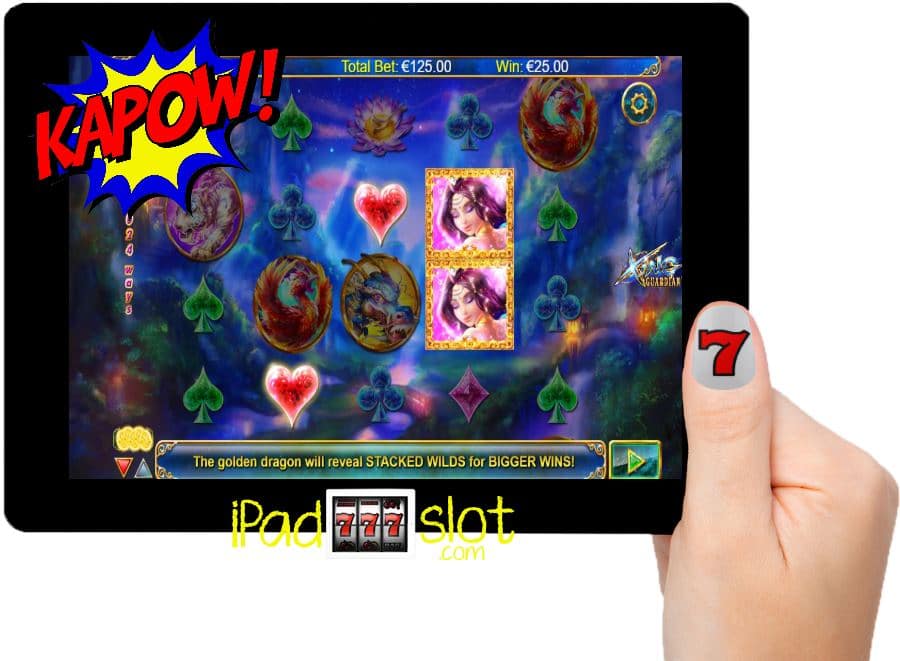 The game is set against a backdrop of galactic cosmos. The background protrudes to cover the reels also, only leaving the symbols to stand out. 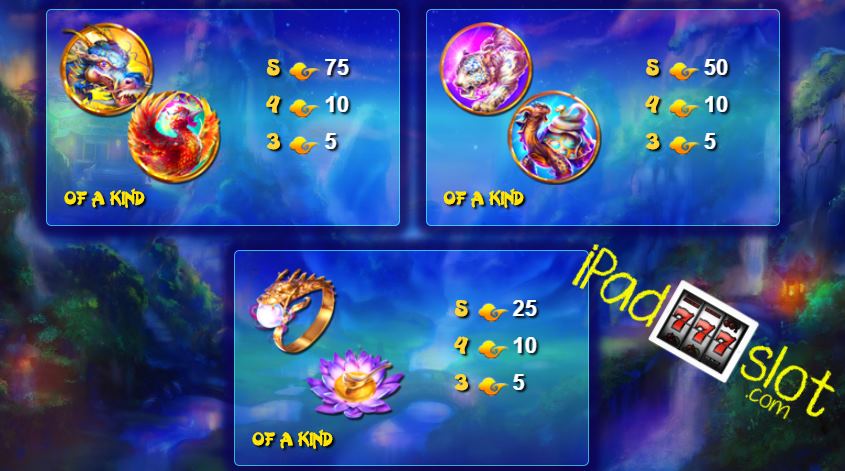 The symbols may seem unconventional in relation to a galaxy when one is not looking at the game but once you start the game, these supposedly ‘unconventional’ symbols all resemble the features one would find in a galactic cosmos. 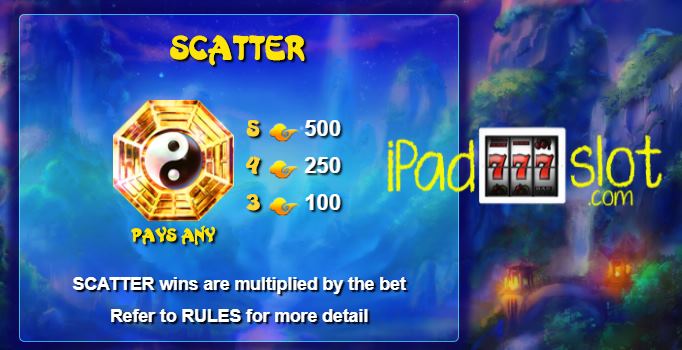 The locked reels feature is a random bonus feature activated by landing the wild anywhere on the reels. Once you land the wild, it covers all the reels to give you identical symbols in all adjacent reels hence a win. 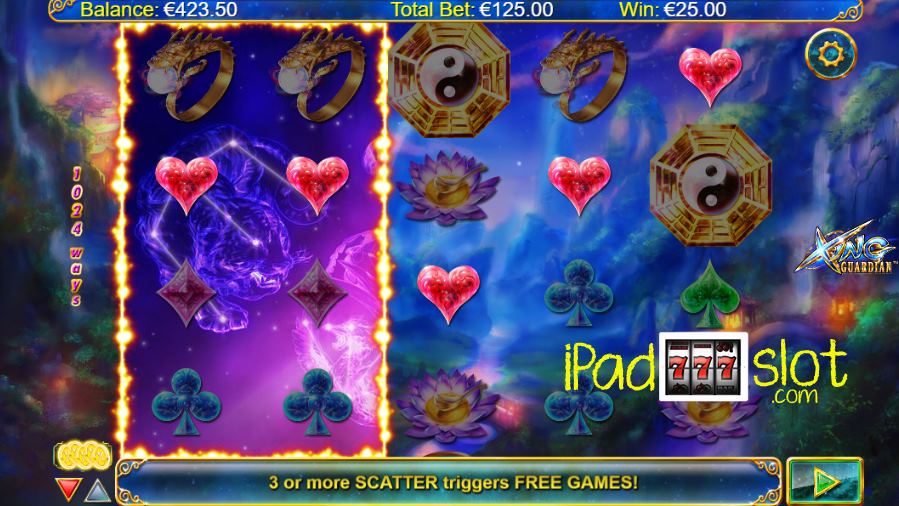 With 1,024 ways to win, its worth the risk for every gamer to try out their luck playing Xing Guardian for free or real casino cash on an iPad, Android or iPhone. From our ratings, this game gets an 8.3 out of a 10 score. NB – this awesome iPad slot machine game is available to play at our player approved iPad casino reviews here.

Pharaoh Rising IGT Slots Game Review This Egyptian themed video slot from IGT is inspired by the tales of ancient Egypt where the Pharaoh was the wealthiest and most powerful individual owning ever...
Monopoly Mega Movers Williams Free Casino App Monopoly Mega Movers is an entertaining slot game which comes from the SG Interactive stable from the WMS Studio of cracker mobile slots. Just as players can de...
Fu Star Free Lightning Box Free Slot Game App Fu Star is an online slot machine which comes from the Lightning Box stable. This online slot game comes with an oriental theme and as such, when spinning the r...
Exotic Cats Microgaming Slot review Exotic Cats Online Slot Game Review Exotic Cats is an online slot from the Microgaming company. As players can probably tell from the title, this game is all a...
Joe Blow Gold Free Aristocrat Pokies Game Guide Joe Blow Gold is an Aristocrat powered online pokies machine machine. This slot comes with a mining theme so if you like Where's the Gold then this is your game...
Rainbow Riches Home Sweet Home Free Slots App For years, the saying, ‘home sweet home’ has been used by many people when referring to the beauty and comfort that home brings. When spinning the five reels of...
Three Kings IGT Free Slot Game & Guide Three Kings is an online slot machine which comes from the IGT company. The game is based upon the legend of the Three Lion Kings. This, therefore, means that w...
The Lost Temple Slots by Zeus Play Guide This iPad and iPhone compatible slot called The Lost Temple, takes you towards the hills of Tibet where the monks are waiting for you. If you are successful in ...
Sushi Express Online Slot Guide Sushi Express is Amaya’s creation, which follows a positive theme of sea food. The game contains 5 reels and 30 paylines with quite boring bonus features. S...
Captains Fortune IGT Slots Free Play Review Captain Jack Sparrow has captured the hearts of many folks both old and young due to his witty, cunning and funny behaviour on set. Since the debut film of the ...
Pearl River Quad Shot Ainsworth Free Slots App Pearl River Quad Shot is a Chinese themed game. This Ainsworth powered pokie primarily focuses on the majestic and beautiful Pearl River. As such, when spinning...
Novomatic 13 Slot Game Guide & Free Play Op... 13 is a mystery-themed online slot machine powered by Novomatic. When playing the game, players will realize that the number ‘13’ is inscribed on a brown door a...
Balloonies iPad Pokies Machine Review & Fre... Would you mind a trip down memory lane? Of course you wouldn’t. Remember balloons and how elated you felt playing with them in your toddler days. Nowadays, kids...
Castaway Pirates Free Ainsworth Slot Game Guide Castaway Pirates comes from the Ainsworth company. As players can deduce from the title of this online slot machine, Castaway Pirates comes with a pirate theme ...
White Wizard Free Play Slots Game Guide White Wizard is a aweome fantasy genre iPad compatible slot game from the Aristocrat stable. The game is inspired by the tales of witches and wizards. Though wi...
Must Play Free Slots for the iPad Mini This game is our most popular slot for players with an iPad Mini. Best of all it can be played for free fun. The Cash Cave, powered by Ainsworth Gaming Technolo...
Cleopatra IGT Slots Free Play & Review The Cleopatra slot is a brilliant game from IGT and since its release over 25 years ago the game has drawn millions of attention a played in over thousands of c...
Ainsworth Flash Cash Free Pokies Guide What greets the eye is a substantial display of vivid imagery powered by high definition graphics and an impressive bold theme when playing Flash Cash pokies. I...
White Orchid IGT Free Slots Game Guide White Orchid is one famous iPad compatible slot machine game from IGT gaming. This is based on the tropical beach island and the beings and lives found on those...
Genies Riches By Aristocrat Free Play Guide If you are a slot game lover who often prefers to try out Aristocrat iPad games, then Genies Riches will be a perfect gaming option for you to have a crack on. ...
Tags: NextGen free app, NextGen free iPad pokies, NextGen free iPad slots, Xing Guardian slots,